Fremantle and Sydney will see out the end of the home-and-away season in Cairns.

The AFL confirmed on Wednesday that the Dockers and Swans would be the two clubs to relocate to far north Queensland between rounds 15 and 18. 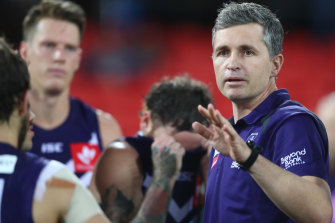 “We are always excited to bring our games to Far North Queensland, and now for a period of time having teams in the community and contributing to the local economy when
it is really needed.”

Queensland Premier Annastacia Palaszczuk said it would be a boon for the local economy.

“We know the Cairns economy has been hit particularly hard by the global pandemic,” the Premier said.

“Having two teams plus officials and support staff based in the city provides an obvious economic benefit.

“I hope Queenslanders will travel to Cairns to see the teams play and that fans will enjoy seeing the game played in the tropical north.”