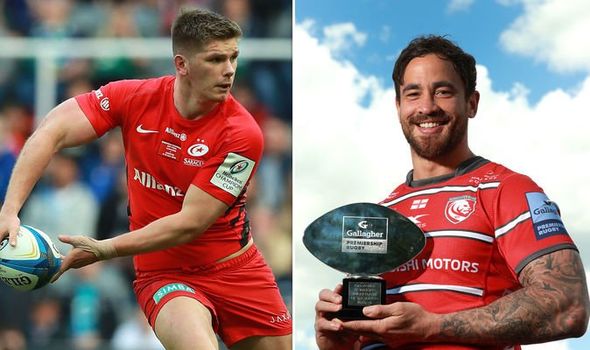 Danny Cipriani may be the people’s champion as a double player of the year award winner but it is Jones’s opinion which counts and he is an Owen Farrell man through and through. Cipriani remains out in the cold in England terms.

It does not have to be an either/or selection but Jones remains set against combining golden wrists with golden boot and including the Gloucester playmaker alongside Farrell in a midfield double act.

The one time he tried it in Cape Town last summer Cipriani set up Jonny May for a try which helped England to victory but there was a telling image captured of Farrell throwing his head back in anger as the kick was delivered as if to say: ‘what does he think he is doing?’

As personalities Cipriani and Farrell are opposites and the suspicion is that in this case opposites do not attract.

“People make a thing about the characters of me and Owen. With my non-selection, people want to find a reason why, but in that moment it might not be what the coach feels and you have to accept that,” said Cipriani.

“I get on really well with Owen. We might listen to similar music – I think everyone in the squad likes hip hop from what I remember – and a lot of sportsmen have very similar DNA.

“He is a very diligent athlete the way he looks at things. He is meticulous. He’s unbelievably competitive. He’s extremely talented and you can see the aura he has. Players buy into that.”

Farrell insists that although he does not know Cipriani inside out he has “always been good” with him.

“When I decided to go to Gloucester, they said: ‘we want you to come and run the attack’,” said Cipriani. 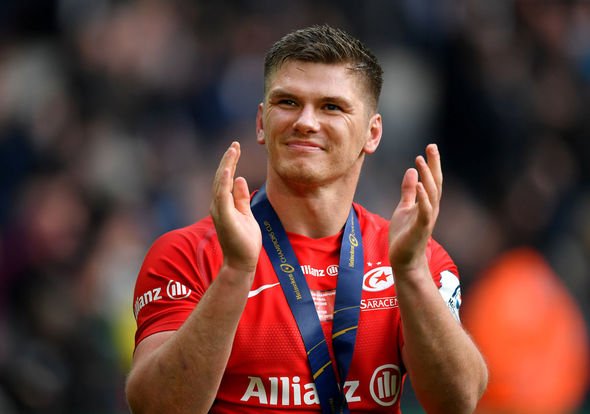 “Danny was a superstar at a young age. He could do some electric things. He won the Heineken Cup early with Wasps and you remember some of the tries he was involved in and scored. It’s the same now – he is quick, gets himself out of tackles, beats people and is exciting,” said Farrell.

“I worked with him a fair bit on tour in South Africa and in the last World Cup camp. I’ve seen the way he likes to do things. You see a lot of that in Gloucester now. He seems to be getting a lot out of them.

“Danny’s a good player and he’s a big part of what they’re doing.”

Cipriani’s summer switch from Wasps started unpromisingly – “I was locked up for a bit” – but after his time in the cells in Jersey following a pre-season night out he and Gloucester have proved the perfect fit with coach Johan Ackermann giving him responsibility. 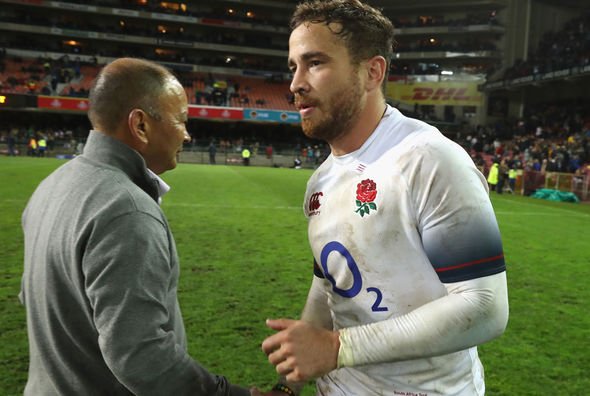 “Before I went to Wasps, that’s what Dai (Young) said he wanted me to do. It probably wasn’t necessarily exactly what he wanted me to do but I did it anyway! I felt it was the best thing and we had a successful two years.

“At Gloucester I am doing that but with their backing.

“There is an underlying desire for us not to be those nearly men that has perhaps been the history of the club and it is down to us to change that path.”

Coach Johan Ackermann’s ‘play to inspire’ mantra has been music to his ears and it will govern Gloucester’s approach on Saturday. But Saracens and their ‘play to destroy’ outlook prevailed when they won 38-15 at Allianz Park in the regular season.

Cipriani has the awards but it will take a huge upset to stop Farrell having the last laugh on Saturday.