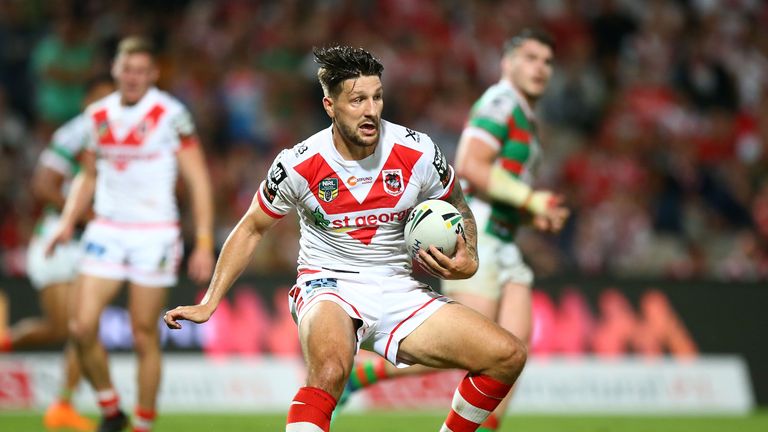 Gareth Widdop will join Warrington Wolves from the NRL on a three-year contract from the 2020 season, the Super League club have confirmed.

The 29-year-old, born in West Yorkshire, moved to Australia with his family at the age of 16 and will experience Super League for the very first time with the Wolves.

The halfback is approaching 200 NRL appearances and is known as an accomplished goal-kicker, registering an 84 per cent conversion rate for the Dragons last season.

“With decisions like this there are a lot of things to look into,” Widdop said on Tuesday. “I think Warrington, in terms of the club itself, has got a lot of history, is a great team and is run very well.

“I have a lot of mates in the team and it’s been a top club for a number of years. It’s a club I want to be a part of and win some silverware with. 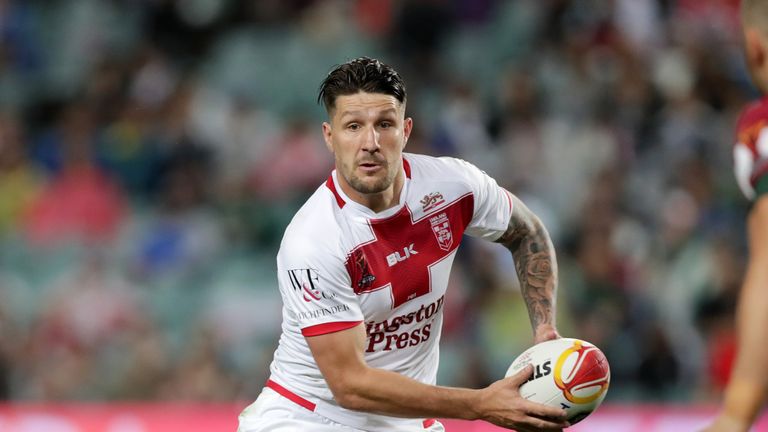 “I’ve been away from home for a long time now, and growing up in Halifax I always had dreams of playing in Super League. I’m at the stage in my career now when I have that opportunity; Simon (Moran), Karl (Fitzpatrick) and Steve (Price) have given me that opportunity to come home and live out a childhood dream.

“I’m really excited for that. It’s a long way off yet but it’s something I’m looking forward to.

“With my experience of playing in NRL, and having been lucky enough to represent my country, I am hoping I can draw from my leadership and bring that to Warrington. It’s a good team with some great players in the squad already; playing in the halves is a key position and hopefully I can do my part for the team whatever that might be.

“I’m looking forward to playing in front of Warrington fans and the fans of Super League in general. The crowd gets behind you and I’m excited for that. Every time I’ve been home and played for England the crowd is certainly behind you and I’ve witnessed what Warrington fans are like first-hand having played here a couple of years ago. I’m now looking forward to playing on the right side of it.”

Warrington chief executive Karl Fitzpatrick added: “This is arguably the biggest signing in the club’s history and quite possibly in the history of Super League.

“Bringing in this world-class player is a major boost for the sport in this country. In 2020 Gareth will be a fantastic addition to an already formidable squad. This, once again, demonstrates the ambition of Warrington Wolves.”

Steve Price, Warrington head coach, said: “I’ve had the pleasure of coaching Gareth having signed him when at the Dragons. He’s a terrific person who sets high standards for himself and is a really good family man.

“He’s matured into an outstanding leader and has played on the biggest stage in the game at international level. Gareth’s a player with integrity and a high level of experience; he’ll complement our team in 2020 and help take us to another level.

“He’s a huge signing for the game in England. It says how good our competition is when a marquee player in Australia shows the desire to come and play in Super League while holding aspirations to keep playing for his country.”