Hawthorn made an unsuccessful attempt at entering mediation talks – which would potentially lead to financial settlements – with some of the First Nations players and their families at the centre of the AFL racism investigation.

The Hawks did have a mediation discussion with the lawyer representing a player and partner, Dr Judy Courtin, but the talks did not progress far. The other First Nations players and their partners declined to enter mediation, sources familiar with the situation told The Age.

Hawthorn board member and the board’s nominated presidential candidate and lawyer Peter Nankivell confirmed that the Hawks had sought to have mediation with the families – whose complaints against coaches and ex-officials Alastair Clarkson, Chris Fagan and Jason Burt will be examined by a four-member panel. 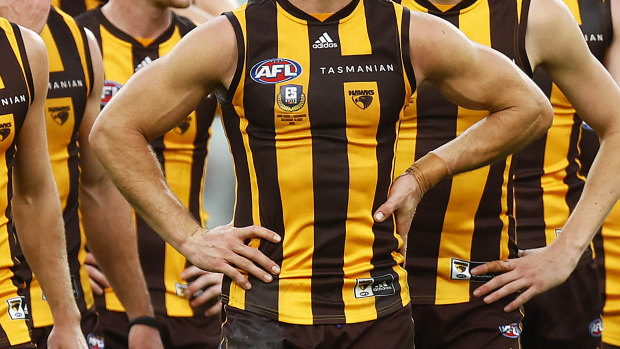 The AFL is investigating allegations of racism at Hawthorn.Credit:Getty Images

“Yes the club did seek to start the process of mediation and I don’t think it really got past certain lawyers, and now we are into the independent AFL investigation,” Nankivell told The Age.

Asked about the prospect of Hawthorn settling with the players and their families, Nankivell said: “I think getting in a room and talking to people, one another, and talking to those who are making complaints and those who are being complained against is an eminently sensible idea and to the extent that could lead to outcomes, that’s probably, that’s the intention.”

Answering criticism of Hawthorn’s handling of the cultural safety review – which was handed on to the AFL without Clarkson or Fagan being interviewed or notified about the allegations – Nankivell said examining the club’s past honestly was more important than any other consideration.

He said the past First Nations players and their families had told their stories on an anonymous basis. “They told their stories. To the extent that they were allegations against people at the football club, we were not in a position to, or have the capabilities to investigate those allegations.”

Nankivell said under the AFL policies they were obligated “to refer those issues straight away into the AFL”.

‘Sometimes you ask questions, and you don’t like the answers. So, that’s where we are.’

“Unfortunately, the events in the media, overtook any element of procedural fairness because if this had gone into the AFL without it being disclosed, without these allegations being put in the media, then a process would have been underway.”

Asked about how the review – authored by Indigenous consultant Phillip Egan – might have been done differently in hindsight, Nankivell said: “The honesty that you need as a leader, to be able to examine your own organisation in terms of the past, I think trumps any, any sort of tactical or other consideration that you would look to, and how you would look to reframe this review.

“This was an exercise that we undertook as part of our commitment to the welfare of all of our people. I mean whichever way you cut it, sometimes you ask questions, and you don’t like the answers. So, that’s where we are.”