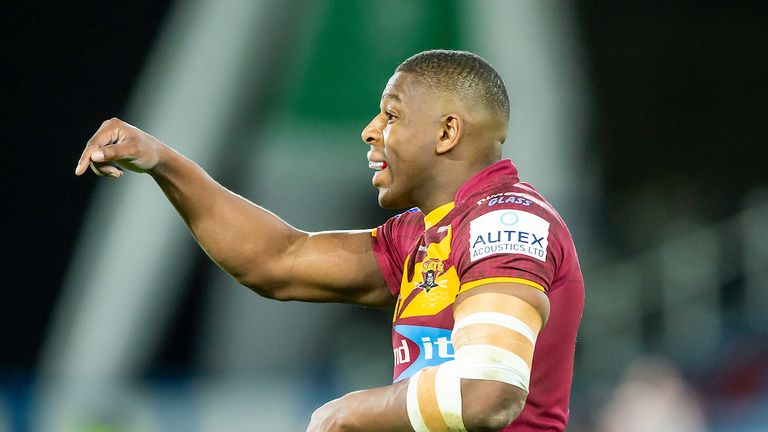 Huddersfield came from 22-10 down to gain a 24-22 win over Catalans Dragons in the last match of the season and clinch their survival in Super League.

The Giants would have stayed up regardless of the result because of London Broncos’ 19-10 defeat at Wakefield – but they were not to know that and for a nervous hour, they looked destined for defeat.

But left winger Louis Senior completed a hat-trick of tries to start the fightback and scored a fourth 10 minutes from the end to set the stage for England winger Jermaine McGillvary on the other flank to snatch a first home win since May.

It meant the Catalans ended the season with a fifth straight defeat, a sad way for veteran Australian forward Greg Bird to end his career.

Without 11 senior players through injury, the Dragons played with plenty of energy and enthusiasm and built a seemingly winning lead on the back of two tries from winger Lewis Tierney and a solo effort from young half-back Arthur Mourgue.

The inspirational Sam Tomkins, whose first-half hat-trick destroyed the Giants earlier in the season, kicked five goals from as many attempts to keep his side in pole position for most of the game.

One of four teams in danger of the drop on the last day of the regular season, the Giants were determined to survive without needing any favours and they made the best possible start.

They led 10-6 midway through the first half thanks to two tries from Senior, the first after a super 60-metre move sparked by a break from scrum-half Matt Frawley and the second a gift after winger Robin Brochon dropped Frawley’s high kick.

Tomkins was at the heart of the Dragons’ attack and his cut-out pass created the chance for his former Wigan team-mate Tierney to score their first try.

Half-back Mourgue, one of 13 Frenchmen in the Dragons’ matchday squad, then made the running for Tierney’s second on 27 minutes which enabled the visitors to draw level.

Tomkins nudged his side in front with his second touchline conversion and, after watching them force a series of goal-line drop-outs, he increased the lead to 14-10 with a penalty four minutes before half-time.

The Catalans maintained the momentum at the start of the second half and, after Benjamin Jullien had been held up over the line, Mourgue jinked his way over for a solo try.

Tomkins kicked his third conversion and there seemed no way back for the Giants when he added a second penalty to increase the lead to 22-10 on 51 minutes.