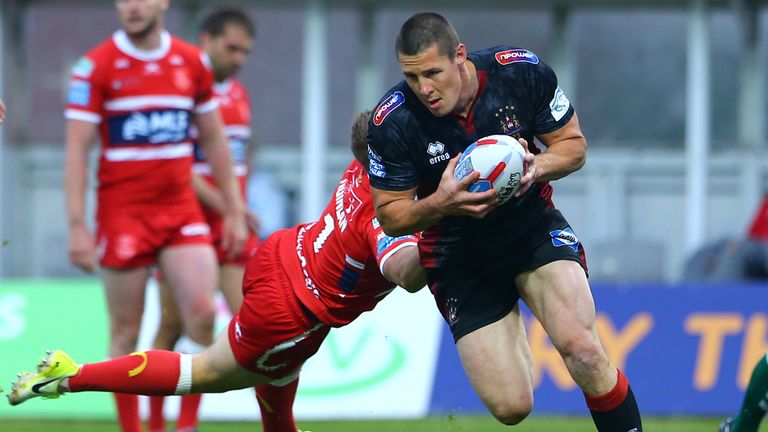 Catalans Dragons have reunited Sam Tomkins with older brother Joel in the south of France.

The 32-year-old back-row forward, who was released by Hull KR for personal reasons at the end of the 2019 season, has joined the Perpignan club on a two-year contract.

The Dragons have also been linked with a move for the third Tomkins brother, hooker Logan, who played his last match for Salford in last Saturday’s Grand Final, but are playing down the rumours.

Catalans coach Steve McNamara, who as England coach gave Tomkins his Test debut in 2010, said: “Joel is an experienced, hardened competitor who plays and trains to win.

“He will add great value to all within our organisation and I personally look forward to working with him again after previously coaching him for England.”

Tomkins made 227 appearances in two spells for home-town club Wigan in between a brief stint in rugby union with Saracens in which he also played for England against Australia.

He joined Hull KR in 2018 after being suspended by Wigan for an off-field incident in a bar and was appointed captain at the start of last season.

Not a fresh start but a circuit breaker as Daniher resets