Luke Gale proved to be the hero in golden point as Leeds Rhinos mounted an incredible comeback to snatch a 27-26 win over Huddersfield Giants.

The Giants had looked on course for a comfortable victory when holding a 26-6 lead on the back of Darnell McIntosh’s hat-trick with 15 minutes to go, but four tries in the space of 10 minutes – two of which were converted – saw them force golden point extra time.

Gale, whose tries sparked the comeback, then did what he has done previously in his career and kicked the one-pointer which saw the Rhinos take the win, capping a thrilling return to action for Super League after 20 weeks. Huddersfield could hardly have asked for a better start to the match as they took the lead after four minutes, with Senior chasing down Gaskell’s grubber and grounding the ball in the right corner just before it rolled over the dead-ball line.

It was the first time the Rhinos had conceded inside the first 10 minutes this year, but they roared back and only a fine last-ditch tackle from ex-Leeds man Ashton Golding prevented stand-in full-back Richie Myler from levelling things up.

However, as has been the case for several teams this year, the Giants were undone by the power of Konrad Hurrell as the rampaging three-quarter finished in the right corner from an attack started by a sniping run from half-back Gale on 13 minutes, with Rhyse Martin’s conversion edging Leeds ahead.

The lead lasted barely three minutes though and Golding, playing his first Super League game since July 2018, gave Leeds another glimpse of what they were missing as he drew in the defence and flicked out a pass for McIntosh to score on the left wing. 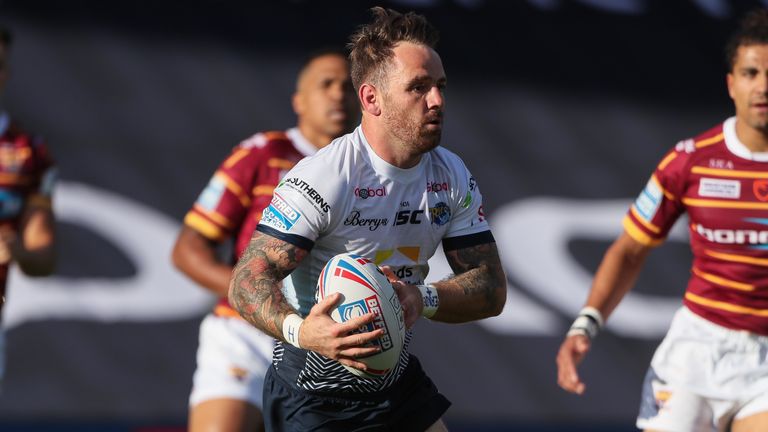 The 23-year-old was in again in the same position for Huddersfield in the 22nd minute, this time taking a cut-out pass from Gaskell to finish out wide.

The lead at half-time could have been greater had Aiden Sezer been able to convert any of those scores, but the former Canberra Raiders half-back did slot over a penalty in the closing minutes of the half to put his side 14-6 up at the break.

The Rhinos came out fired up when play resumed but were undone by a devastating 80-metre counterattack when Robert Lui’s wayward pass was scooped up by McIntosh and the winger out-paced Luke Briscoe and Ash Handley to score a converted solo try under the posts.

Leeds were dealt another blow when James Donaldson was forced off with a back injury and then things went from bad to worse when Handley was sin-binned for dissent to referee Robert Hicks after being penalised for offside after making an interception. Huddersfield took full advantage of temporarily having an extra man as Sezer picked out Senior on the right for him to score his second try of the match as the clock ticked over towards the final quarter of an hour, followed by the scrum-half converting.

But despite being down to 12 men, the Rhinos gave themselves a glimmer of hope with an unconverted try from Gale on 68 minutes. The deficit was further reduced two minutes later as Leeds put together a scintillating attack from deep in their own half, involving great link-up play between Harry Newman and Hurrell before Briscoe squeezed the ball over in the corner.

The comeback was well and truly on barely one minute later when ex-Giant Alex Mellor crashed over for a converted try after taking a pass from Gale and it was all square with two minutes to go as Leeds mounted a length-of-the-field attack from a penalty which ended with Hurrell finishing for his second and Martin converting to send the match to extra time.

Huddersfield had the first opportunity to win it in golden point, but Gaskell’s drop goal attempt was wide. However, Gale made no mistake when he got a chance from around 40 metres out and slotted over to seal a stunning comeback.

With barely a quarter of an hour to go, you might have been musing on McIntosh scoring a hat-trick or the way Huddersfield half-backs Gaskell and Sezer were instrumental in their team’s impressive showing. That was all blown out of the water though and all you can really talk about is the character and determination shown by Leeds to not only claw their way out of that hole but then hold their nerves to seal the win.

What was perhaps most impressive was that two of the tries which set up the comeback came when Handley was in the sin-bin, with the Rhinos playing some scintillating rugby to shift the ball quickly and open up Huddersfield’s defence despite a numerical disadvantage.

Conversely, Huddersfield head coach Simon Woolford will be going to bed wondering just how his side managed to lose that match after having seemingly put themselves in an unassailable position.

It is no surprise the Australian was at a loss to explain exactly what went wrong for his team in the immediate aftermath, although he will no doubt be frustrated with late defensive lapses and disciplinary errors which were ruthlessly punished by their opponents. 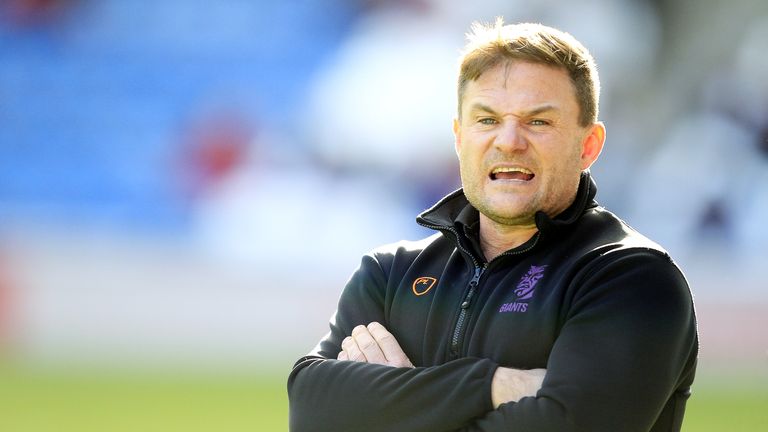 The fact they played so well for over an hour will be of little consolation, although that at least might be something positive for them to focus on when they start to pick this game apart in their video review.