Greg Eden’s double helped Castleford Tigers end a 29-year wait for a win away to St Helens as they triumphed 20-10 in a fiery Betfred Super League clash at Totally Wicked Stadium on Thursday evening.

Jack Welsby’s 10th try of the season had seen St Helens lead at the midway point of the first half, but Castleford led 6-4 at the break after capitalising on a long spell of pressure close to the home side’s line through a try from Greg Eden and conversion from Danny Richardson.

A penalty from Richardson and converted Oliver Holmes try seemed to put Castleford firmly in control and that looked to be even more the case when Tommy Makinson was dismissed for a late hit on Niall Evalds in a contest which also saw both teams have a man sin-binned. 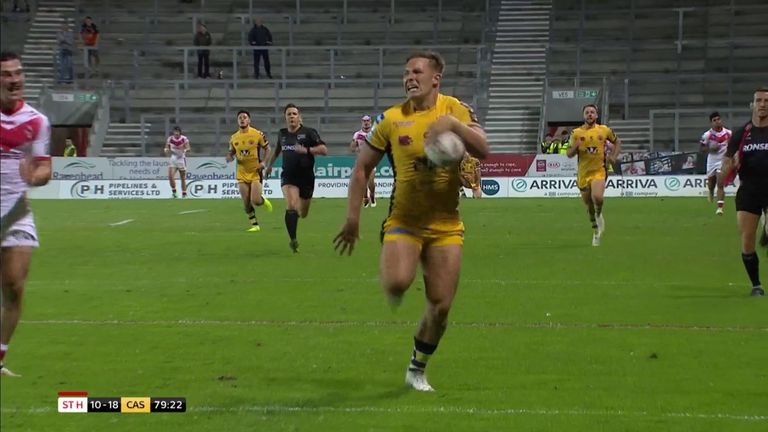 The reigning champions hit back immediately after Makinson’s red card through Alex Walmsley, but Eden’s length-of-the-field interception try in the dying seconds put the seal on a first success away to Saints since the 12-8 win at Knowsley Road in the Regal Trophy quarter-finals in 1992, and first win in a league contest away to them since 1990.

Neither side created a clear scoring chance in an error-strewn first quarter, but Saints finally broke the deadlock in the 20th minute.

Matty Lees had been held up over the Castleford try line moments before the ball was worked left through Lewis Dodd and Lachlan Coote to Welsby and the 20-year old produced an acrobatic finish to ground the ball one-handed in the corner.

With four minutes of the half remaining, Castleford enjoyed a prolonged spell of pressure within striking distance of the Saints line thanks to back-to-back penalties and a set restart klaxon. 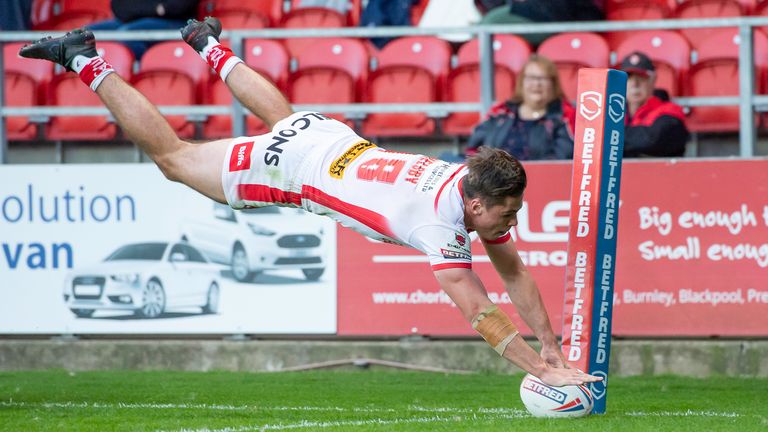 The defensive strain ultimately told on Saints as Richardson linked smartly with Evalds to send Eden in at the corner. Richardson added the conversion from touch to give Castleford a slender 6-4 lead at the break.

Castleford edged further ahead 10 minutes after the restart. James Bentley was guilty of a late challenge on Evalds after he kicked downfield and Richardson made no mistake with the penalty.

Moments later and Castleford edged further in front. Castleford second-rower Holmes brushed aside an attempted tackle from Coote and he could scarcely believe it as he was left with a free run to the Saints try line. Richardson’s third goal gave the visitors a 10-point lead.

Both teams were reduced to 12 men in the 63rd minute when Peter Mata’utia of Castleford and Saints’ Bentley were sent to the sin-bin by referee Ben Thaler for squaring up to each other. 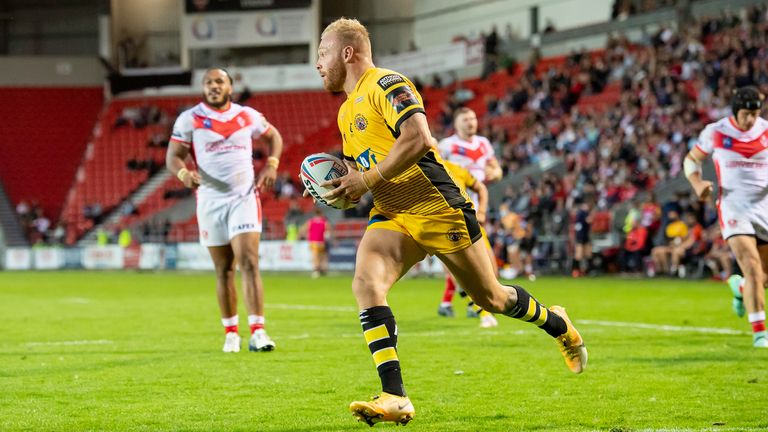 Saints’ cause was set back even further when winger Makinson was sent off for a late shot on Evalds in the 64th minute.

Despite only temporarily having 11 men, Saints hit back with a try 13 minutes from time – prop Walmsley charging his way over from close range. Coote’s conversion shaved Castleford’s lead to just four points.

As Saints desperately went in search of a try in the closing stages, Coote’s pass to the wing was gleefully intercepted by Eden who raced the length of the pitch to seal victory. Richardson’s goal, his fourth from four attempts, made it 20-10 to the visitors. 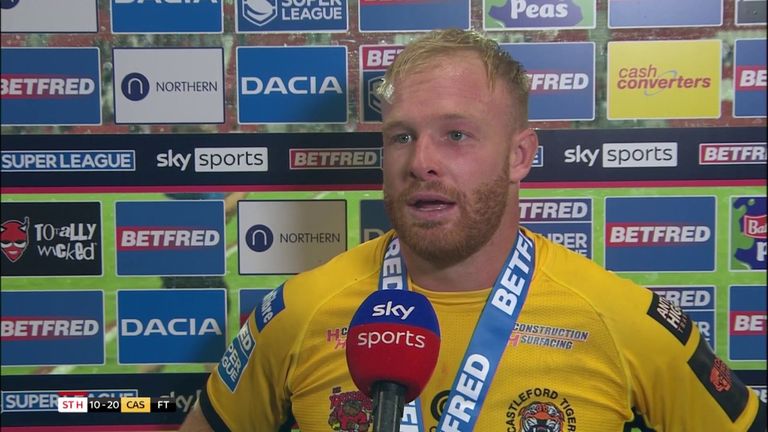 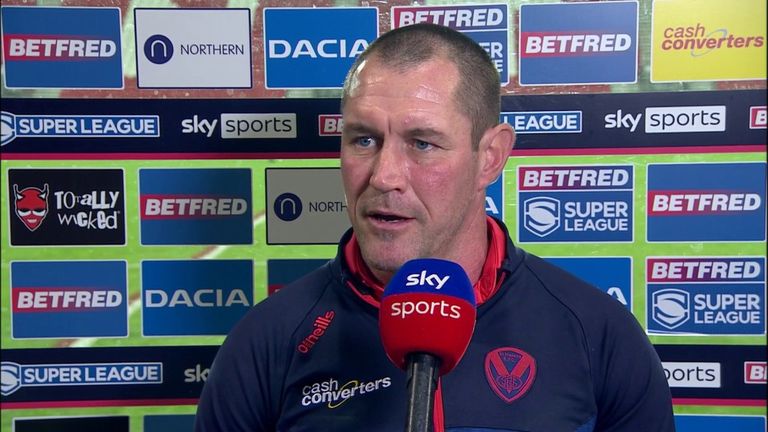 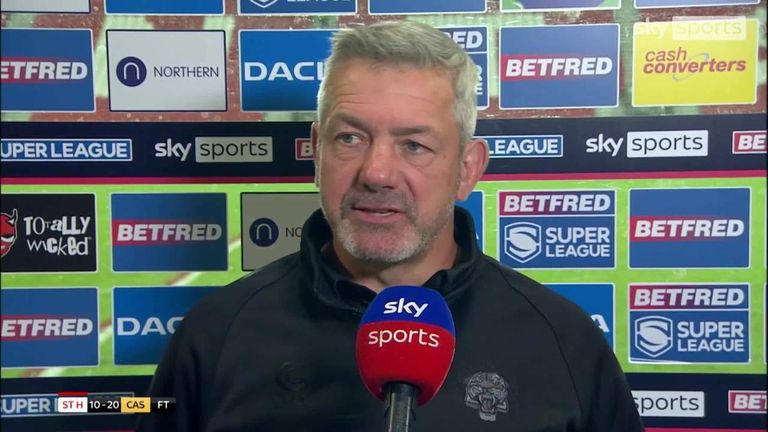