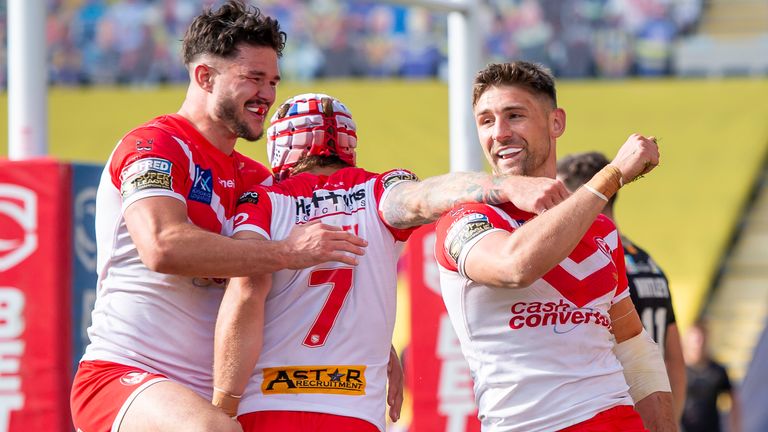 Lachlan Coote scored 18 points as St Helens marked the return of Super League with a 34-6 victory over Catalans Dragons at Emerald Headingley.

Coote scored two tries and slotted ten points with the boot as the defending champions resumed the Super League season with an emphatic victory on Sunday.

James Bentley and Zeb Taia scored first-half tries for Saints, while Tommy Makinson and Alex Walmsley both powered over for brilliant solo scores after the break. James Maloney provided the Dragons’ only try.

There was controversy before the game even kicked off, with all players and staff taking a knee in support of Black Lives Matter, with the notable exception of Israel Folau who opted to stand. When the game did kick off, it was Coote who provided St Helens’ first points of the league’s restart with a kick at goal after James Maloney was penalised for taking out Morgan Knowles off the ball.

Coote then added a try in the 16th minute when Taia threw a well-timed inside ball to the Scotland international who stretched for a 6-0 lead following the failed conversion. 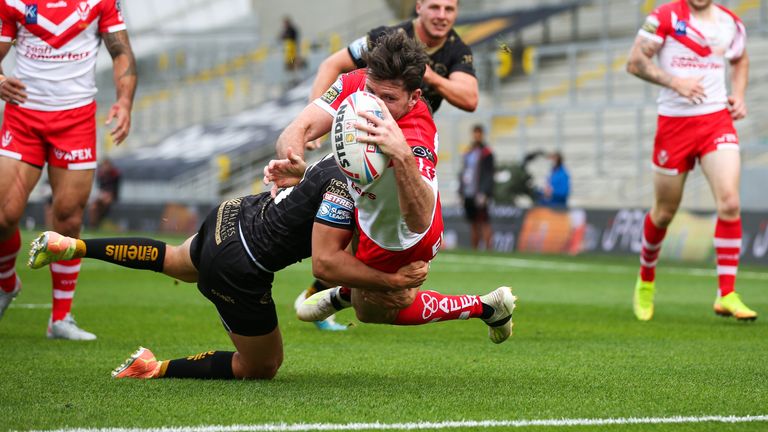 Saints then went 10 ahead when Coote put a perfectly-weighted kick into the Dragons’ in-goal area and Bentley got to the ball before Fouad Yaha.

Just after the half-hour mark Taia went over for a try of his own, following good work from Jonny Lomax to hold up the defence before putting Taia into a gap. Coote converted and the Dragons nearly responded with their first try of the game, but Folau was held up inches from the line as the teams headed into the break with Saints in full control. 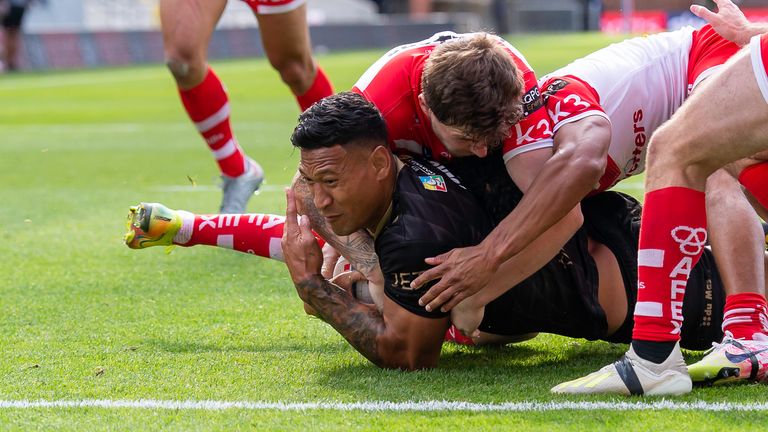 Coote continued to haunt Steve McNamara’s side when he went over for his second try five minutes into the second half, some slick handling from St Helens putting the full-back over near the sticks for an easy conversion.

Makinson scored the fifth, a solo effort as he cut inside from the touchline and stepped across the defence before spotting a gap and sprinting through it for a 28-0 lead.

The Dragons were finally on the board on the hour mark when Maloney strolled through a rare opening in the Saints defence to dot down behind the posts. But Saints were soon back for more, as prop Walmsley handed off Julian Bousquet to power over and put the finishing touches on a comfortable win for the defending champions that puts them fifth in the standings.

For St Helens, the positives will definitely be the impressive handling. Not many teams will look as polished as they did after more than four months without match practice.

The ball-skills that resulted in both of Coote’s tries showed that Kristian Woolf’s side are a far better team than their position on the Super League table suggests. 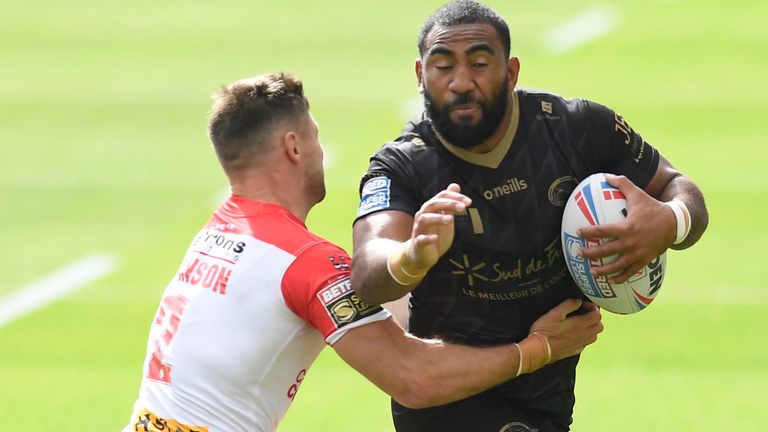 For the Dragons, the performance of Arthur Mourgue stood out. The 21-year-old marshalled things brilliantly from the back, and made a scintillating break that made the St Helens defence look uncharacteristically fragile.

McNamara will be incredibly frustrated with the manner of his side’s defeat. The Dragons never quite looked in the game, and for all the praise St Helens will get for the way they played on Sunday, Catalans have a lot to answer for.

They are not a team struggling for talent, yet in Leeds they served up some of the sloppy play that has made them one of the most consistently inconsistent teams in the league.

If their season is not going to be an early blow-out, they will need to sharpen up quickly.