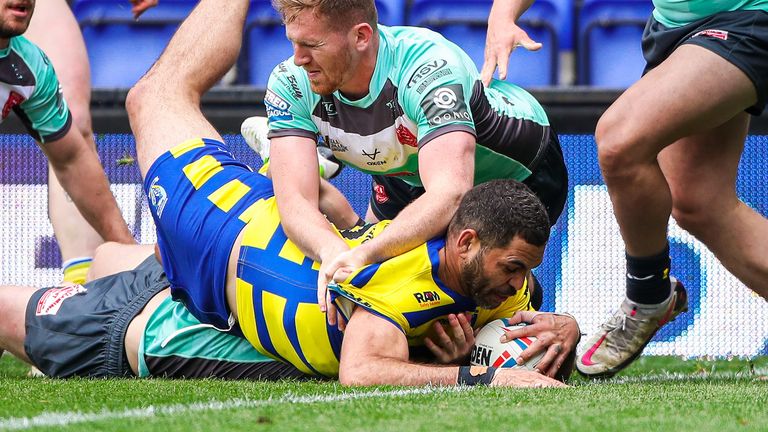 Greg Inglis marked his much-heralded Warrington debut with one of nine tries as the Wolves claimed a 50-26 Super League comeback victory over Hull KR at the Halliwell Jones stadium.

The 34-year-old former Australia international reversed his retirement decision from 2019 to sign a one-year deal with the Wolves and – after sitting out all five league and cup games so far – ended his two-year absence from the game when starting at left centre.

And the Kangaroo and State of Origin star marked his return to the game when, following a low-key opening 40 minutes, he claimed a second-half try as he powered and twisted out of three attempted tackles to touch down.

Then Inglis showed his adaptability for the Wolves by switching to full-back for the final 25 minutes following an ankle injury to Matty Ashton which forced him from the field.

Hull KR had threatened to be the ultimate party poopers as they led 18-12 at half-time and were level at 22-22 midway through the second half before two tries from Josh Charnley and one each from Daryl Clark, Jake Mamo and Danny Walker saw the Wolves dominate the final 20 minutes.

Ben Currie also claimed two tries for the home side with Toby King also touching down and Stefan Ratchford finishing with seven successes at goal. 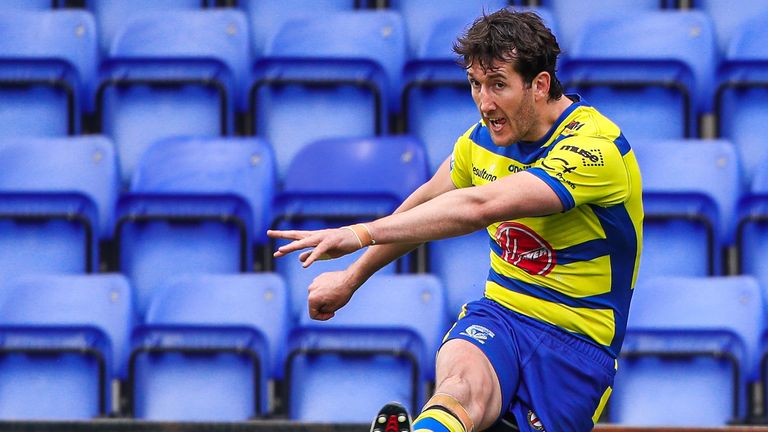 Jordan Abdull claimed a personal haul of 10 points with a try and three goals in defeat with Ryan Hall crossing over twice and Shaun Kenny-Dowell and Kane Linnett also touching down.

Blake Austin was again left out of the Wolves squad, while with Inglis’ inclusion for the first time, Mamo moved onto the wing and Josh Thewlis missed out as Sita Akauola came in for his first appearance of the season on the bench in place of Rob Mulhern. 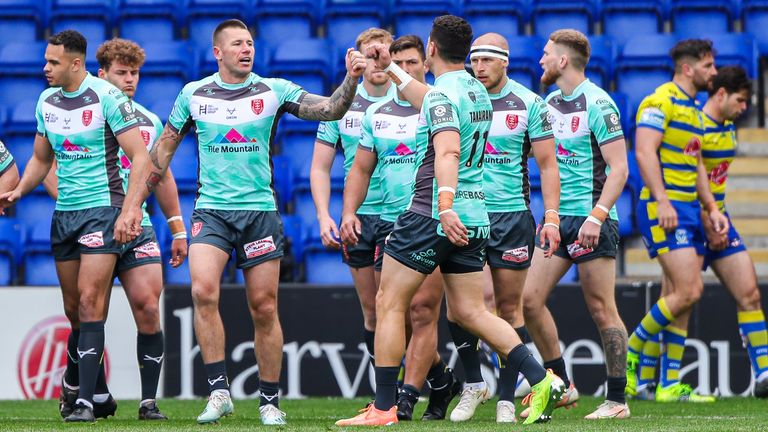 Hull KR made just one change from the side that defeated Leeds Rhinos with Korbin Sims returning to the side as Albert Vete was ruled out with a hamstring problem.

Rovers, coming into the game after back-to-back wins over Huddersfield and Leeds, gave their hosts an early shock as they took a third-minute lead when Kenny-Dowell took full advantage of some poor goal-line defence from the Wolves to touch down and Abdull converted.

But Warrington seemed to have settled the ship with two tries in seven minutes from King and Currie, both converted by Ratchford, to give the home side a 12-6 advantage. However, Rovers hit back when Kenny-Dowell’s pass allowed Hall to go over in the corner which Abdull converted and the Rovers scrum-half tagged on a penalty to edge his side 14-12 in front.

Then three minutes before half-time the visitors extended their lead when Abdull’s blind side scoot from dummy half saw the scrum-half sell an outrageous dummy to score and give his side an 18-12 half-time advantage. 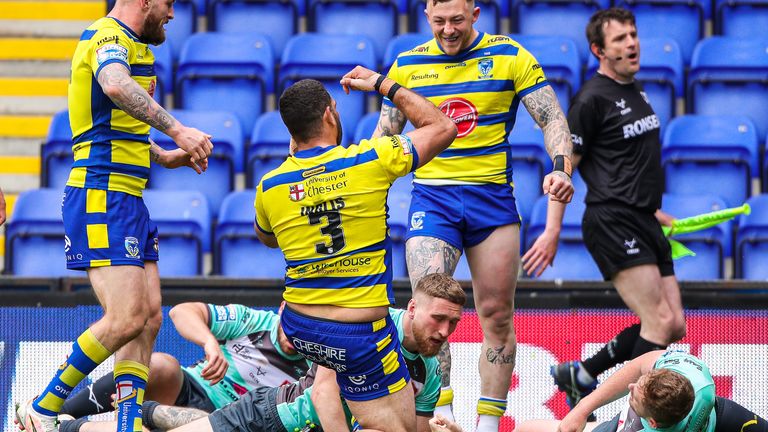 A second try for Currie three minutes after the break gave Warrington the perfect start to the second half before Inglis claimed his debut try.

Hall’s second gave Rovers hope again as the scores were tied at 22-22 but Warrington’s five-try salvo in the final 20 minutes saw them home which made Linnett’s try a consolation for the visitors. 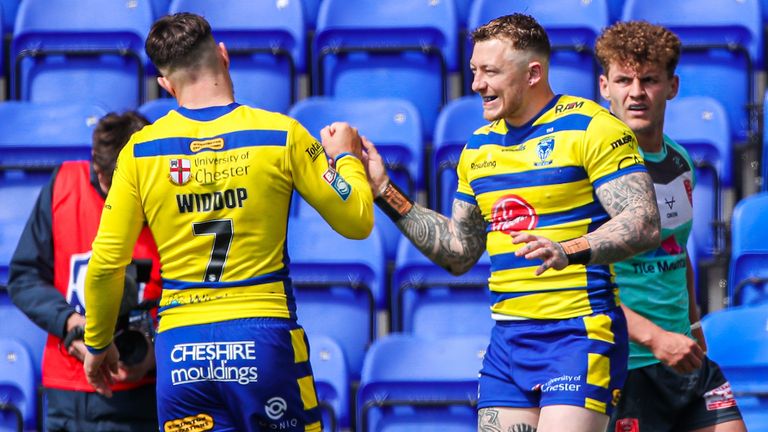 Holmes to return to NRL for 2020: reports