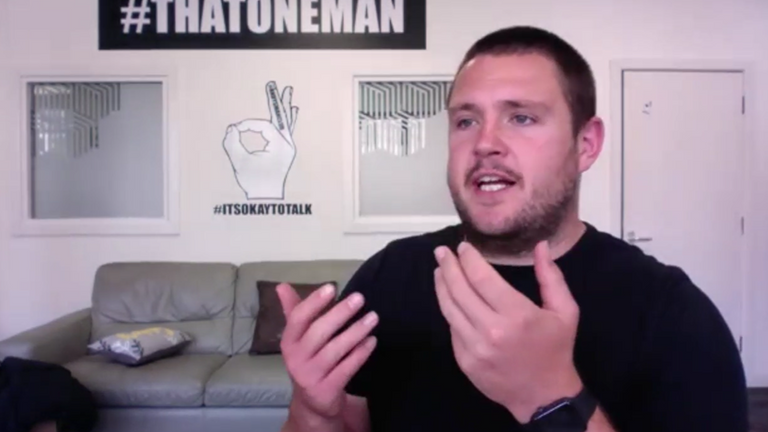 If you’re affected by issues related to mental wellbeing or want to talk, please contact the Samaritans on the free helpline 116 123, or visit the website.

The group was set up in the wake of Luke’s brother-in-law tragically taking his own life in 2016, with the aim of encouraging men to talk more openly about their mental health.

This year, we caught up with the former forward during Mental Health Awareness Week to find out how the movement has grown over the last four years and the challenges he has faced along the way.

“It’s been a phenomenal ride,” Ambler told Sky Sports. “There’s been highs and lows, tears and laughter – and I still don’t think we’ve scratched the surface yet.

“I don’t think we’re anywhere near what we’re capable of. The goal after five years was to have 10 clubs – after four years we have 28 all over the country.” 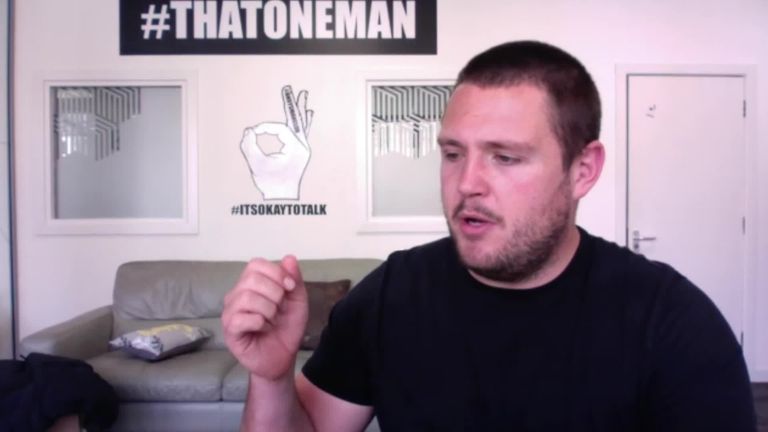 Andy’s Man Club meet every Monday night up and down the country, with some weeks seeing in excess of 1,000 men attending. When asked on why he felt the movement had grown like it had, Ambler felt honesty and simplicity were big factors.

“We’ve always kept it real, always kept it raw,” Ambler said. “We’re about that one man, that space where men can come and take that mask off and open up – I think people have bought into the realness of it.

“What makes it so unique is that nobody is ever above or below one another – You walk in that door, take your mask off and open up. It really is as simple as that.

“We’re constantly looking at ways we can reach more men, I think our biggest strength is our flexibility. We’re very rigid in our approach, but very flexible in how we get there.”

315 men took the step to getting some well needed support.

You may just be going through a storm.

Easier to get through with some help 👌🏼

As well as being the founder of Andy’s Man Club, Ambler has dedicated his life to working with mental health, regularly doing talks in prisons, universities and businesses all over the UK.

He produces content for an online coaching platform and has put together a journal which has been sold worldwide to help people gather their thoughts, and the passion for what he does is what gives him the motivation.

“Anything I do is driven by purpose not profit – it’s what makes you get up in the morning and makes you have passion,” Ambler said. “If you have that passion for something it keeps that fire going in the belly.

“I love life. Any business or project that I do is just to help better someone else’s life.”

All walks of life attend the Monday night groups and Ambler stresses that ‘one cap fits all’ approach is not what is needed when it comes to supporting people.

“It’s okay to talk – not you have to talk. That message is for those people who bottle things up and one day it explodes, which can lead to a variety of different things.

“Things like drinking, drugs, gambling – these are three big things that takeover a young man’s life.

“We have guys that use Andy’s Man Club to help with these and it’s about giving them a mindset that there is another way out.

“Having a drink isn’t bad for you, excessively drinking is bad. Having a little bit of a gamble isn’t bad for people but if it takes over your life and you’re gambling your wages and get yourself in debt, then suddenly you find yourself in a really bad mental health hole.” 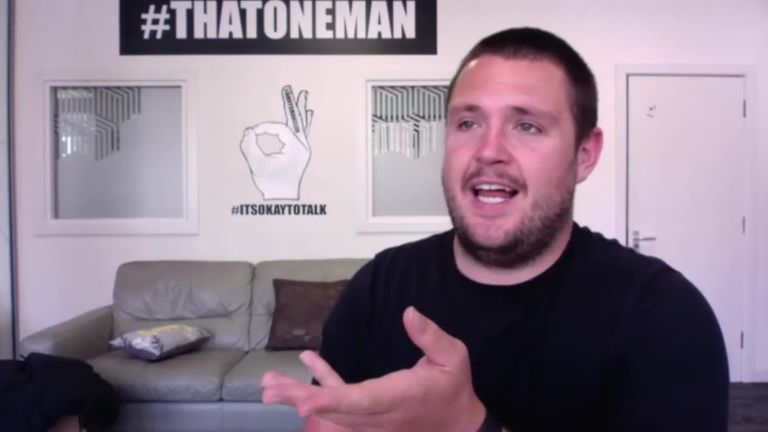 When asked what the biggest challenges were for Andy’s Man Club over the last four years, it was simply that not everybody can be helped – but Ambler stressed the importance of individuals needing to make their own initial steps in order to help themselves.

“It’s hard when you’ve got those people who need the help and they won’t make that step through the door – but there’s only so much you can do,” Ambler said. “My biggest gripe is that you can’t help everyone, until people are willing to help themselves.”

With the Andy’s Man Club movement going from strength to strength over the first four years, Ambler was pleased with the progress made but adamant that there’s still a lot of work to do and that his goals are a long way from been fulfilled.

“Until the job’s done, until we’re in within at least half an hour of any man in this country to be able to offer them support – then I might be able to sit and say we’ve done a good thing,” Ambler said.

“We’re going to keep growing, eventually we’ll have a club in every town and city and England and then we’ll go abroad.

“We’ll take this movement and we’ll keep helping guys – and leave a legacy in Andy’s name.

“Whatever happens now, there’s guys that are being saved through this movement.”

McGregor faces the axe. But Flanagan won’t be replacing him at Dragons

To the letter: Inside the emotional tributes that inspired the Storm