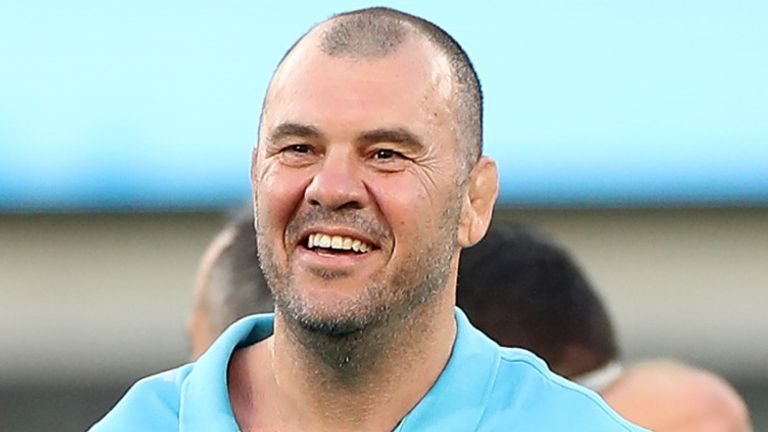 Cheika, who coached Australia for five years until he stepped down in 2019 after a quarter-final exit at the World Cup, will now prepare Lebanon for next year’s Rugby League World Cup in England.

“It’s an unbelievable opportunity for me to do something that represents the land where my parents came from,” Cheika told the Daily Telegraph in Australia.

“There is something about being Lebanese, you can never put your finger on it. I’m born here but when I went there as an adult the first time we landed in Beirut, I really felt a strong connection to the place.”

Cheika, 53, took a consultancy role with Argentina in September and helped guide Mario Ledesma’s Pumas side to a 25-15 win over the All Blacks – the first in their history – in the Tri-Nations on Saturday.

He was also on the coaching staff of National Rugby League side Sydney Roosters and the move to Lebanon could lead to a potential role in Australia’s top-flight.

“I’m still ambitious as a coach because I love it, I can’t help it,” Cheika added.

“I’m here with Argentina now because I love it. I just want it to unfold naturally. Being with the Roosters, it’s been insightful but I’m going to take every day as it comes and see what happens from there.”

Blicavs on ‘the big stage’