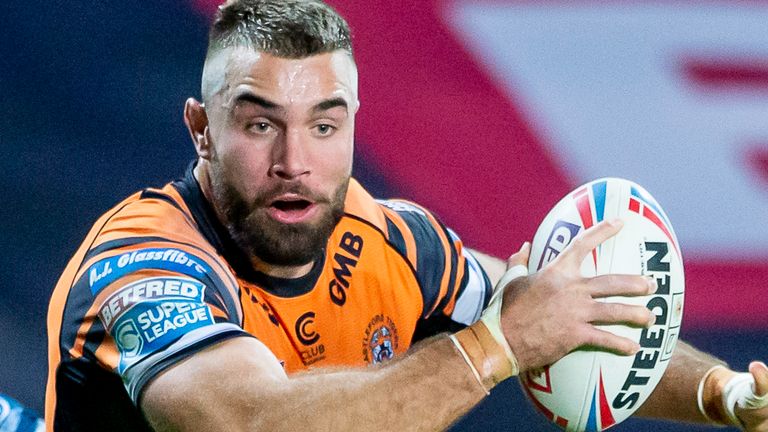 The 26-year-old has agreed a two-year contract with the club and is head coach Steve McNamara’s first acquisition ahead of the 2021 Super League season.

The back-rower has scored 40 tries in 176 games in a career that began with London Broncos before he moved to Castleford in 2015.

He enjoyed a standout year in 2017 when he earned a place in England’s World Cup squad and was named in the Super League Dream Team.

“Michael is a high-quality signing for the club,” said McNamara. “His sheer size and athleticism, combined with his ability to be an 80-minute player, make him quite unique and he suits the modern game.

“At the age of 26 he is coming into his prime years. I am excited with the qualities that he will bring to the team.”

McMeeken said: “I’m delighted to be joining this great club with such passionate fans. I have played at Stade Gilbert Brutus a few times now, so I’ve seen what a great atmosphere the fans make. It’ll be great to run out in front of them as a home player.

“Steve explained to me that the club want to recreate the 2018 Challenge Cup success with more silverware and it’s something I definitely want to be a part of.

“Considering the conditions this season, I thought the lads were unlucky not to get further then they did but hopefully we can get some silverware in the coming seasons. I’m looking forward to getting started in the coming weeks.”