A finals series where there’s a lot on the line, for the NRL too

I get the feeling this is a huge finals series for the NRL, having scrambled and fought to keep the competition alive by relocating 13 of their 16 teams to Queensland. It’s largely been a season of discontent for a lot of fans, frustrated with rule changes and inequity between teams.

Phil Lutton has penned what is at stake for the governing body – not just the eight teams – in September. You can read it here. 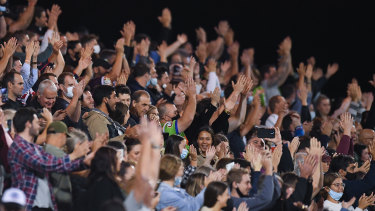 Team news: one change for Manly

The final teams are in and it’s good news if you’re a Storm fan. Cameron Munster has shaken off that knee infection which forced him to have minor surgery and a night on hospital. He rated himself only 50-50 earlier in the week, but he’ll make it to the start line. Craig Bellamy’s side will be 1-17 at Sunshine Coast Stadium.

There’s one change from the Manly side named earlier in the week, Karl Lawton promoted from the bench to start at hooker with Lachlan Croker ruled out. Curtis Sironen takes his place on the bench. I get the feeling Croker might be a bigger blow for the Sea Eagles than a lot of people think, he has been outstanding there all season. 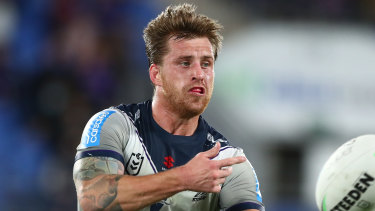 Cameron Munster has been passed fit for the Storm.Credit:Getty Images

How do the Storm stop Trbojevic?

There’s been plenty of talk the Storm have been slightly off the boil in the past month, but they did do enough last month to beat the Sea Eagles 28-18 in a match where they were pushed all the way.

Before that game, Storm No.9 Brandon Smith admitted he had never seen his team do as much video on an individual player as Tom Trbojevic. And you can imagine same rules would apply here.

He’s only played 15 games this year, but it’s fair to say he’ll be a red-hot favourite for the Dally M medal in a couple of weeks. And that three-try effort last week against the Cowboys, which secured Manly’s double chance in the finals, was something to behold. 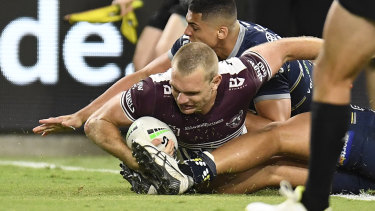 There’s one man who consistently gets the better of Bellamy

It’s incredible to think the only NRL coach who has a winning record against Craig Bellamy is Des Hasler.

Whether it has been with Manly or the Bulldogs, he’s always seemed to have a way to stifle the Storm.

How he resurrected the Sea Eagles from a winless opening month when they were rooted to the bottom of the ladder is one of the great stories of the season. A bloke by the name of Tom Trbojevic is a massive help, but Hasler has had to mould the pieces around him. 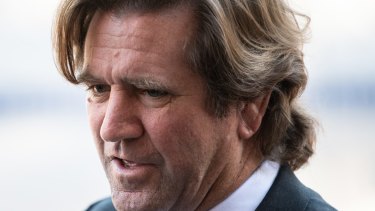 Smell that? Ahhh, spring. Finals football. Thank goodness we’ve finally made it to September and welcome along for the first of four huge games this weekend with minor premiers Melbourne taking on the irresistible Tom Trbojevic and Manly.

How many times this week have you heard this is when the competition really begins? Plenty. And the stakes are incredibly high with the winner of this game earning a week off and progressing straight to the grand final qualifier. Hasn’t that been a luxury in recent years.

We’ll be with you for the next few hours.