Cameron Ciraldo will launch his much-anticipated coaching career at the Canterbury Bulldogs against Anthony Seibold and the under-seige Manly Sea Eagles next season.

The NRL is putting the finishing touches to its 2023 season draw and the Herald has obtained what are expected to be the first-round fixtures, which are set to be finalised by the end of the week. 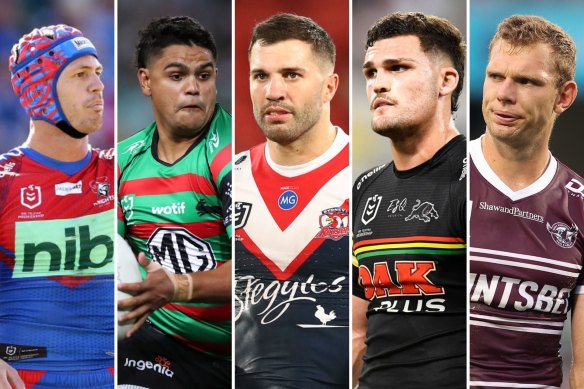 Sources with knowledge of the season schedule told the Herald the NRL would open the competition with grand finalists Parramatta, buoyed by the addition of veteran Englishman Josh Hodgson, squaring off against a new-look Melbourne Storm at CommBank Stadium on Thursday, March 2.

St George Illawarra, the team under most pressure heading into 2023, have been handed an early gift and will start the season with two points in the bag, having drawn the bye in the first round of the new 17-team competition.

The most anticipated fixtures of round one include: 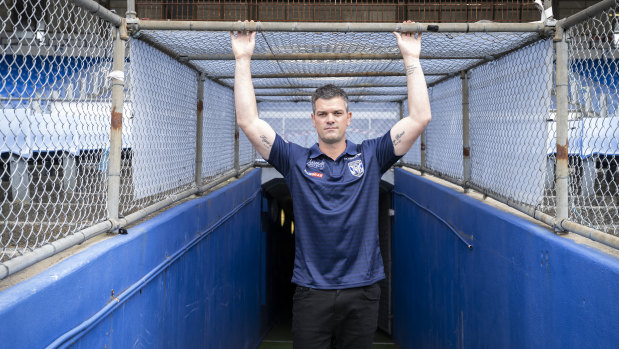 But it’s hard to go past the Bulldogs-Sea Eagles showdown in Brookvale on Saturday afternoon as the game with the most intriguing sub-plots.

Ciraldo, long regarded as the best up-and-coming coach in the NRL, will get his first chance to show what he has done with a vastly improved Canterbury side that will include two-time premiership-winner Viliame Kikau and former Parramatta hooker Reed Mahoney.

Seibold, who could be announced as Des Hasler’s successor at Manly in the next few days, will complete his NRL resurrection when he takes control of the Sea Eagles side.

Manly will welcome back superstar fullback Tom Trbojevic, who hasn’t played in the NRL since injuring his shoulder against Parramatta back in round 11 (May 20) this year.

Josh Schuster is expected to start the season in the No.6 jersey alongside skipper Daly Cherry-Evans in the halves following the departure of veteran Kieran Foran to the Titans. The Sea Eagles have also lost Dylan Walker (Warriors), Marty Taupau (off contract) and Andrew Davey (Bulldogs).

The rapidly improving Cronulla Sharks, led by newly-crowned Dally M medallist Nicho Hynes, will get their chance to avenge their convincing loss to South Sydney, which saw them bundled out of the 2022 finals series in straight sets.

The New Zealand Warriors, who have spent the best part of the past three years on the road, have been rewarded with their first match of the season on home soil against the under-pressure Newcastle Knights.

Coach Adam O’Brien is considering moving fullback Kalyn Ponga to the halves to get his hands on the ball more.

While the Knights will be desperate to start the year on a positive note following their dismal showing in 2022, they will have to contend with a host of new players in the Warriors side, including Marata Niukore (Parramatta), Dylan Walker (Manly), Mitchell Barnett (Newcastle), Charnze Nicoll-Klokstad (Canberra), Te Maire Martin (Brisbane), Luke Metcalf (Cronulla) and Jackson Ford (St George Illawarra).

Among the Roosters’ new faces is former Melbourne Storm utility Brandon Smith, who has been brought to the club to play hooker.

The opening round will close out at Leichhardt Oval when Api Koroisau and Isaiah Papalii don the black and gold for the first time under the leadership of Sheens and Marshall. The Tigers have been dealt a friendly opening to the year, taking on one of the lowest-ranked teams in the competition from the 2022 season.

They could add the likes of Englisham John Bateman and Newcastle’s David Klemmer to their roster before the start of the season as they continue negotiations with the pair.

‘You don’t ever let your guard down’: Racism and reality in Australia

The new technology that could end contentious forward pass calls