It’s fast become the norm for the Brownlow medallist to record a winning total well past the 30-vote mark.

Even Lachie Neale’s winning 31-vote effort two years ago came from only 17 home-and-away matches played in the COVID-hit season.

It more often than not takes a big individual season to guarantee Brownlow success. Only last year Sam Walsh polled 30 votes but had to settle for fourth spot. Patently, Carlton fans can’t take a trick.

But don’t be surprised by a significant, trend-busting pattern this year. There’s the real prospect the Brownlow winner could poll the lowest winning total in well more than a decade – a throwback to Adam Cooney’s 24 votes in 2008 but, realistically, not as low as the 20 votes recorded by 2005 winner Ben Cousins.

Only Hawthorn’s Tom Mitchell four years ago has polled fewer than 30 votes to rule supreme since Matt Priddis in 2014 – the Eagles back then a genuine Brownlow bolter, who started the count at long odds, around the $40 mark.

Thus this year’s form lines have created healthy intrigue about the count and, more importantly, have catapulted six key players into strong Brownlow contention – and only one member of that dynamic half dozen has previously been deemed the AFL’s best and fairest. 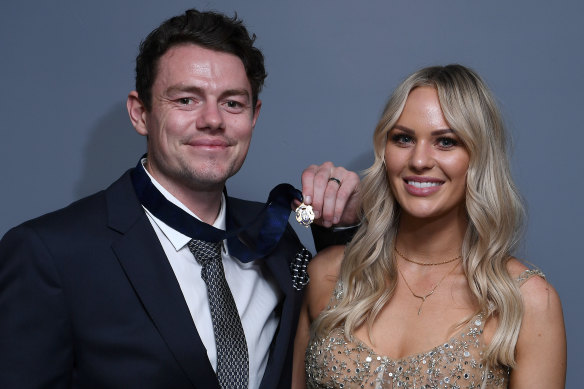 Significantly, two of that bracket – Gold Coast’s Miller and Fremantle’s Brayshaw – ably fill the description of “lesser-known players from non-Victorian clubs”, meaning their profiles will lift with a rocket in the south-eastern corner of the Australian mainland.

Among the scenarios for the potential winners, surely a victory by Carlton skipper Cripps will be as well received as any other, and will soothe the pain among the Blues’ supporting fraternity still coming to terms with losing their finals spot at the last minute.

Beyond the leading six, spotting another potential winner is hard, and it would be a victory from the clouds and achieved at long odds. The likes of Sydney’s Callum Mills and Adelaide’s Rory Laird (both $67) saluting would be remembered for years to come. Beyond that, Port Adelaide’s Connor Rozee, Carlton’s Walsh, Dion Prestia and Zach Merrett could yet make shots at a top-five finish.

Furthermore, a win by an important player not bestowed with midfield duties, a la Jeremy Cameron from minor premiers Geelong, would buck the modern trend of umpires ignoring the efforts of forwards and ruckmen. Expect Cameron to vie with Cameron Guthrie for top votes at Geelong.

Which player has favouritism?

Neale has his nose in front, marginally ahead of fellow engine-room gun Oliver who, it must be remembered, polled 31 votes last year to take third spot behind Wines and Bulldog Marcus Bontempelli (33 votes).

Next in line is Cripps, followed by either Brayshaw or Miller. Petracca ($10) is right in the mix but considered the least likely of the top six to win. Naturally, Petracca will lose votes to Oliver but if it’s a tally in the mid-20s that claims the medal, Petracca may be in front after round 23.

The rise of Brayshaw

Brayshaw’s impact, especially in Fremantle’s climb up the ladder this year, has been sharp and noticeable. His increased standing in AFL circles was recognised by his peers who voted him in as the AFLPA MVP earlier this month.

After making his debut in 2018, Brayshaw became known, however, for an event that was entirely out of his control, the then-youthful Docker on the receiving end of a punch from West Coast’s Andrew Gaff late that season. Gaff was immediately regretful and apologetic (significantly missing out on the club’s premiership that year), while Brayshaw had support from all and sundry.

Quirkily, Brayshaw setting the leaderboard alight on Sunday night won’t be the first time that name has been in the spotlight on Brownlow night. Brother Angus Brayshaw memorably bolted to third spot in the Brownlow four years ago, polling a string of votes as an influential wingman at Melbourne. 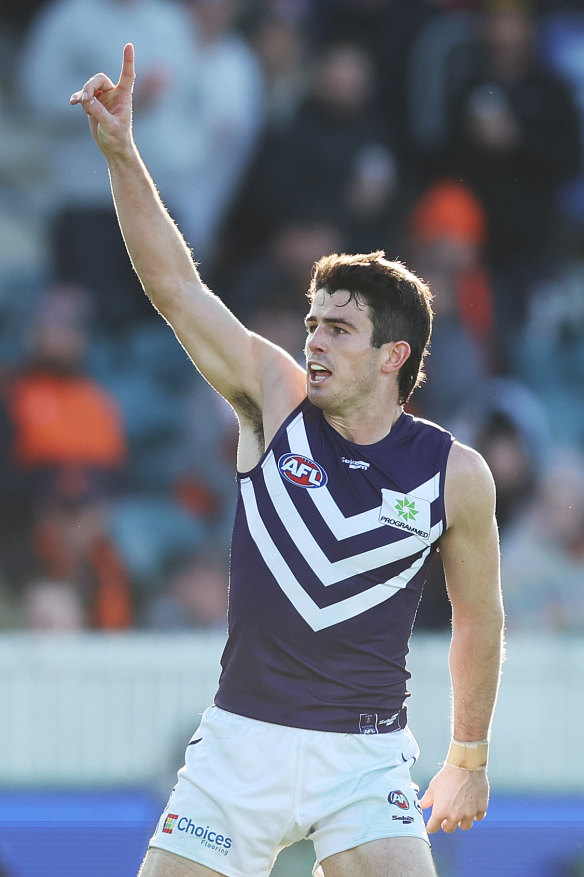 A vital cog at Brisbane, Neale (128 career votes) is bound to be pushed further up the all-time vote-winning leaderboard. Dragging in 25 votes this year, for example, will push the former Docker into territory currently owned and occupied by greats such as Greg Williams and Dick Reynolds (both on 154 career votes) and ahead of players such as Michael Voss (150 votes) and three-time winner Ian Stewart (139 votes).

The Geelong spearhead polled 21 votes in the ABC Footballer of the Year award, to take fifth spot behind their co-winners Cripps and Oliver (24 votes), followed by Neale and Brayshaw. Realistically, Cameron won’t win but might make a mark in the tally room. The Cats won two more matches than any club (18 all together) while players who usually catch the umpires’ eye – Joel Selwood and Patrick Dangerfield – won’t be anywhere near as prominent.

AFL.com.au’s Brownlow Predictor has Cameron on 18 votes, but well behind the player they project as the top vote winner – Miller, who, remarkably, is predicted to accumulate 30 votes.

This is where the count gets particularly fun. Fremantle’s Will Brodie could barely get a game at his former club Gold Coast, but he’s been important for the Dockers this year.

Who knows – the umpires have probably seen that, too. A hypothetical 3-2-1 voting outcome based on votes cast in The Age footballer-of-the-year award sees Brodie accumulating nine Brownlow votes. Interestingly, under the same projections, Oliver (26 votes) will be a narrow medal winner ahead of Cripps and Brayshaw (both on 25 votes).

There’s another potential bolter on that horizon, too: Brisbane wingman Hugh McCluggage. Our data-crunching has McCluggage earning 19 votes which, remarkably, would put him one vote ahead of teammate Neale.

In what shapes as a compelling count, don’t rule anything out.

NRL clubs launch raid for son of The Man

Numbers or talent: the battle for rugby league