The man responsible for introducing the bunker concept to the NRL has revealed he always feared the type of debacle that robbed Wests Tigers of victory last Sunday would occur if the NRL didn’t heed his advice and limit its use to only adjudicating on tries.

The bunker has come under fire for a series of contentious interventions, headlined by the Tigers’ decision to hire a leading silk in a bid to overturn the result from last weekend’s loss to North Queensland.

Some pundits have even called for the bunker to be scrapped altogether, believing the move will result in less controversy and stoppages.

Rick Williams is in a position to provide a unique perspective. The former ice hockey referee played a crucial role in introducing the technology to rugby league when he arranged for NRL officials Graham Annesley, Tony Archer and Nathan McGuirk to tour the NHL’s equivalent, called the “situation room”, about 15 years ago.

After witnessing how the video review worked during a New Jersey Devils-Los Angeles Kings game, the league officials decided the NRL could benefit from its own version.

Williams’ only word of warning to the trio was to limit the bunker’s use strictly to adjudicating on tries. Reflecting on the NRL’s current problems, he believes it could have been avoided if his advice was heeded. 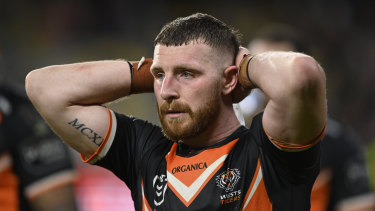 Wests Tigers’ Jackson Hastings comes to terms with the after-the-siren loss to the Cowwboys.Credit:Getty

“They have gone well beyond what it was designed for,” Williams said. “When they first started, the guys in the bunker were too involved, they were calling everything.

“It has one function in the NHL – goals. Everything else, the referee deals with on the field. If there are consequences afterwards, the tribunal can deal with it. 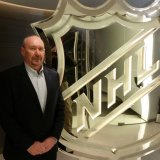 Former ice hockey referee Rick Williams, the man who introduced the bunker concept to the NRL.

“When it first started, I said to Graham, ‘you are getting guys into the bunker who want to referee the game. You can’t do that, it’s not right.’ That’s the way it has gone, which is unfortunate.

“It’s a brilliant tool for them, but it should just be for scoring. It’s just gone further and further and this is what happens.”

Williams, an Australia-based Canadian, who has officiated ice jockey at Olympic level, said the over-reliance on the bunker would always lead to the type of drama that overshadowed the Tigers-Cowboys game.

“The game was over, and then they got the call from the bunker and I went, ‘oh no,’” Williams said.

“I would have just tapped on my ear [if I was the referee] and said, ‘Sorry, I can’t hear you’ and got the hell out of there. Let the referee make the decision. I wouldn’t want to be a referee in the NRL, my head would explode.

“The referees must be frustrated because every time something happens they get someone in their earpiece saying, ‘We’ve got to take a look at this.’ Just let them do their job.” 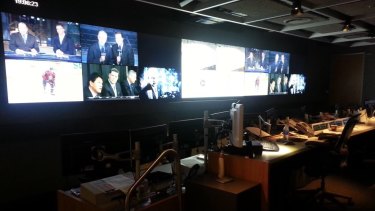 The NHL’s ‘situation room’ is the inspiration for the NRL’s bunker.

Andrew Johns’ referenced Williams in his most recent Herald column and agreed the bunker should only be used for try reviews.

Williams said the NHL avoided the controversies plaguing league by having former coaches and players in the situation room and limiting what they could rule on.

“It’s been working in the NHL for nearly 20 years, and it’s seamless, no worries at all,” he said. “Everyone is happy with it. [The NRL] have gone well beyond what it was designed for.”

Asked if the NRL would be better off without the bunker, the 66-year-old said: “The way it is used now, yes. It’s interrupting the game. But if it is just for scoring [it’s worth keeping].

“It’s brilliant for what it is designed for, but nothing else.”

Stream the NRL premiership 2022 live and free on 9Now.
Sports news, results and expert commentary. Sign up for our Sport newsletter.