There have been more than a few raised eyebrows surrounding the release of James Roberts from South Sydney last week, with doubts raised as to why anyone would willingly walk away from a $500,000 deal without another job lined up.

The rumour mill has been in overdrive, with questions raised about whether South Sydney have pulled a swift salary cap rort to get Roberts off the books in 2021. Sadly, the truth behind the Roberts story is more troubling and has left many fearing it could be the last we see of Jimmy the Jet in the NRL. 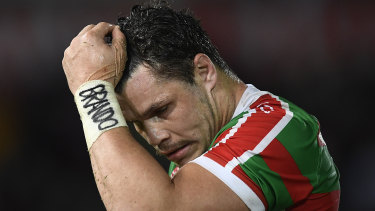 James Roberts is leaving Souths with a year remaining on his contract.Credit:Getty

Despite his release, Souths have also pledged to continue their financial assistance of the 27-year-old, which it is projected will cost another $30,000 based on the welfare plan set out for the next 12 months.

When South Sydney sat down with Roberts to discuss the contract breaches three months ago, which were nothing more than a few incidents that raised questions over his commitment to the club, the Rabbitohs decided against immediately terminating his deal and offered to pay him for the remainder of the rugby league financial year.

It cost the club more than $100,000 they were not obligated to pay under the terms of the contract, but the club had Roberts' welfare at the forefront of their decision making.

South Sydney also wanted to give Roberts time to find another club, agreeing to provide a reference if he managed to secure interest elsewhere. 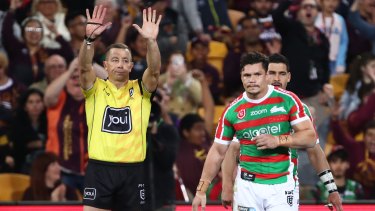 James Roberts has struggled to recapture his best form since returning to South Sydney from the Brisbane Broncos.Credit:NRL Photos

The Newcastle Knights are considering offering Roberts a lifeline but there has been very little appetite shown at other clubs.

The NRL has had several discussions with South Sydney in relation to Roberts' release and is comfortable with the mutual understanding that has been struck between the two parties.

SBW could go another round

While the common train of thought surrounding Sonny Bill Williams is that his football days are over, don't discard the possibility of one last cameo appearance if the right opportunity pops up.

Williams wants to focus on boxing and will earn around $300,000 a fight, a lot more than he stands to earn if he commits to a 12-week preseason and 30-week competition with an NRL club. 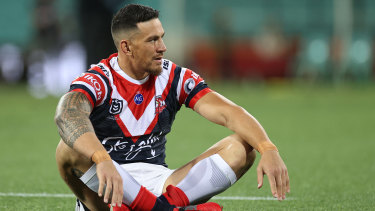 Sonny Bill Williams may not have played his last game of professional rugby league.Credit:Getty

Williams has no desire to put himself through the rigours of a full rugby league season, but if something comes up close to the June 30 deadline, after he has had a few fights, it may provide the veteran back-rower with some food for thought.

He showed in the semi-final against the Raiders that he still has something to offer, but a neck injury and a lack of time limited his impact for the Roosters. He would have 10 weeks to get himself right before the finals if he was to sign with an NRL club prior to next year's deadline. Those clubs with a roster spot available at that time of year may benefit from his services off the bench.

The rumour mill has been in overdrive the past week about the future of Penrith young gun Stephen Crichton. There had been a suggestion Crichton attracted interest from the Sydney Roosters to replace Josh Morris at left centre in 2022, but the Tricolours have strongly denied any pursuit of Crichton.

This column last week reported the handshake deal Crichton made with Ivan Cleary to honour a three-year $1.5 million deal which had been agreed upon three months ago.

It now looks like Crichton will honour one part of that deal: to remain at Penrith. But you can be guaranteed his new agent Sam Ayoub will be arguing that Crichton is worth far more than $500,000 a season when he begins negotiations this week. The change of heart hasn't gone down well at Penrith.

Benji Marshall has knocked back the latest offer from the North Queensland Cowboys to join the club next season. The Cowboys recently upped their original offer from $210,000 to $260,000 for Marshall to play at the club in 2021, however the veteran playmaker declined.

A similar offer to play in Sydney would likely be enough to secure Marshall's services, but the 35-year-old is reluctant to uproot his wife and son to Townsville without greater financial incentive. Marshall stands to earn more by remaining in Sydney to work in the media at Fox Sports. 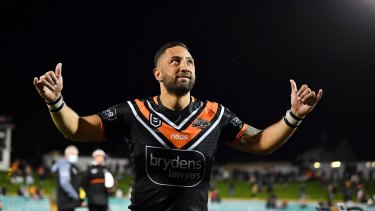 Benji Marshall still plans to play in the NRL but knocked back two offers from the Cowboys for 2021.Credit:NRL Photos

There could be an opportunity alongside Kyle Flanagan at the Bulldogs given Blake Green looks set to remain at the Knights, however Canterbury are yet to express interest in Marshall's services. The only Sydney club to sniff around has been Cronulla. Marshall earned $300,000 in his final season at the Wests Tigers.

There are a few people involved with the Newcastle Knights starting to question chief executive Phil Gardner after NRL.com revealed the details of Kalyn Ponga’s deal. 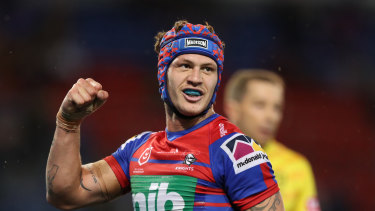 Kalyn Ponga will become a free agent on November 1 next year.Credit:Getty

A few months ago Gardner trumpeted Ponga's extension until 2024 and was adamant there were no clauses allowing him to leave early. But when NRL.com published all updated contracts for 2021 last week, including player options for Ponga in 2023 and 2024, Gardner was left with egg on his face.

It's not the first time something like this has happened. Gardner was adamant that the club did not go behind former coach Nathan Brown's back when they approached Adam O'Brien last year, although those close to Brown insist the coach only fell on his sword after learning of the club's enquiries into O'Brien.

Gardner pointed the finger at former recruitment manager Troy Pezet, who wore all the blame for approaching O'Brien, but Brown struggled to believe that the Pezet went rogue. Pezet has since been made redundant and his son Jonah, considered one of the best young halves coming through the grades, has signed with the Melbourne Storm for next year.

With the NRL set to unveil the 2021 draw at the end of this month, the governing body has decided to scrap the Nines from its pre-season calendar. The Indigenous All Stars match against New Zealand Maoris will remain in the schedule, with a location yet to be determined.

It is highly unlikely there will be a World Club Challenge. The NRL can't finalise the draw until a decision is made on where Origin belongs. Don't expect it to remain an end-of-season fixture.