Parramatta halfback Mitchell Moses will enter the NRL’s millionaires club if he can help end the club’s 36-year drought and lead the Eels to a premiership this season.

The Herald can reveal that Moses has a lucrative bonus in his contract that will see him join the game’s elite halfbacks on more than $1 million a season.

The bonus will only be triggered if Moses can help the Eels navigate past the Cowboys this weekend and lead the club to a premiership over either South Sydney or the Penrith Panthers at Accor Stadium the following week. His salary will jump from just over $900,000 to in excess of $1m.

The Herald spoke to several clubs on Sunday to gauge the uniqueness of the clause in Moses’ deal. None of the clubs spoken to had a player at their club with a premiership payday.

The last known player with such a significant bonus in his contract was former Newcastle halfback Mitchell Pearce. 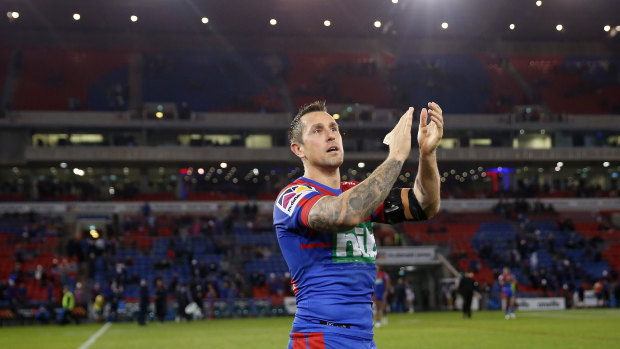 Mitchell Pearce had an incentivised contract at the Knights.Credit:NRL Photos

Pearce had an agreement with the Knights, who were wooden spooners when they acquired the No.7's services in 2018, that he would be rewarded personally for the team's success.

Newcastle’s agreement with Pearce was a $75,000 bonus for a top-eight finish and $150,000 if he guided the team into the top four. The Knights finished seventh in the final two seasons of Pearce’s four-year stint in Newcastle.

It’s not uncommon to have players with some sort of incentivised clause in their contract. Many players receive Origin bonuses for representing NSW or Queensland, although some clubs are beginning to phase them out. Some players receive bonuses for playing an agreed number of games in a season.

Moses is in rare territory when it comes to having a premiership clause attached to his deal. The Eels agreed to the bonus during contract negotiations last year in the months leading up to extending co-captains Clint Gutherson and Junior Paulo. 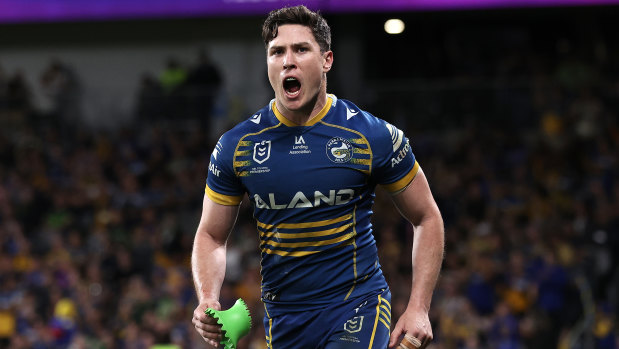 Moses is contracted to the club for next season and has an option in his favour for 2024 he is yet to take up.

If Parramatta don’t lock him down before November 1, he will be free to negotiate with rival clubs for the 2024 season.

As revealed by the Herald earlier in the year after obtaining the NRL’s official salary cap benchmarking document, the average salary of a top five halfback in the competition is $1.095m.

The rise to rugby league powerhouse continues for the Penrith Panthers as they close in on becoming the first team in rugby league history to win all four top grade competitions in the same season.

It's been 59 years since any team managed to win three grades, let alone four. The great St George team of 1963 last achieved the feat, which has also been accomplished by South Sydney in 1925 and Balmain in both 1915 and 1916.

No team has ever won the SG Ball, Jersey Flegg, reserve grade and top grade premierships in the same season.

Earlier in the year the Panthers collected the SG Ball trophy after Dolphins-bound halfback sensation Isaiya Katoa guided Penrith back from a 20-0 half-time deficit to knock off minor premiers the Sydney Roosters 22-20. 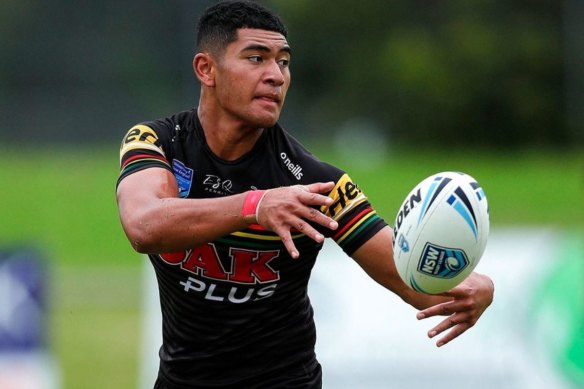 Isaiya Katoa steered Penrith’s SG Ball side back from a 20-point deficit in their grand final and was rewarded with an NRL contract at the game’s newest club.

On September 25, the club’s Jersey Flegg team, which also includes Katoa, will play in a grand final against Newcastle at CommBank Stadium. It will be followed by the NSW Cup grand final between the Panthers and the Bulldogs.

The night before the NRL team will square off against South Sydney in the preliminary final at Accor Stadium for a spot in the grand final the following week.

“If you look back a few years, we had Nathan and Jarome [Luai] come through, then we had the likes of Stephen Crichton and Brian To’o break into first grade. The next wave is now showing just how deep our talent flows and you can see that through Izack Tago and Taylan May. On Sunday in Flegg and NSW Cup, there’ll be plenty of players our fans will see in the NRL in coming years. 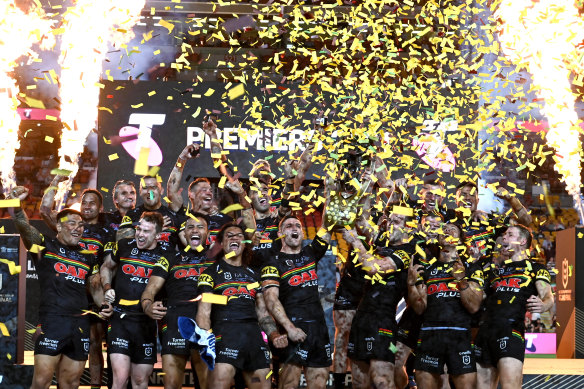 A successful defence of the Panthers’ premiership would see the club make rugby league history.Credit:Getty

“Irrespective of results over the next couple of weeks, the football program prides itself on being truly aligned. I think most people know what a good football club looks like, but it really takes a committed effort from the board and administration all the way down to our junior league.

“The development of our local grown talent is what we hang our hat on. This combined with our commitment to the western corridor has future proofed the success of the club. It hasn’t been an overnight success. A lot of people have done a lot of work over a number of years to get to where we are now.”

Ivan Cleary and members of his Penrith coaching staff sitting in the stands for the Rabbitohs-Sharks game at Allianz Stadium on Saturday night doing their homework on their next opponents.

While the city of Townsville is all booked out in anticipation for Friday night’s preliminary final showdown against the Eels, Parramatta fans will have the chance to watch it together.

Parramatta Leagues Club is planning a special event with big screens and food trucks in the car park to celebrate the occasion.