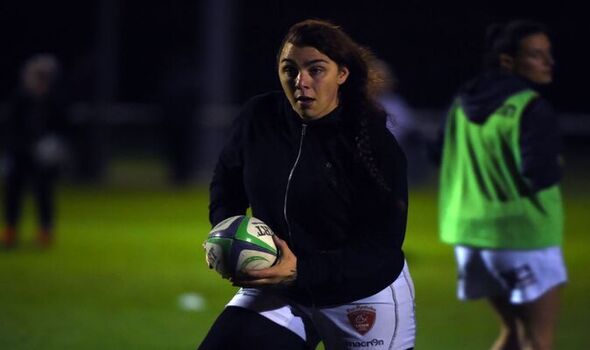 The move comes after FINA, the swimming world’s watchdog, voted to stop transgender competitors from taking part in women’s races if they have gone through part of male puberty.

The World Athletics Council is also reviewing its transgender and DSD (differences in sex development) athletes’ policies at the end of the year.

“My responsibility is to protect the integrity of women’s sport. We take that very seriously and, if it means that we have to make adjustments to protocols going forward, we will,” said Lord Coe.

“I’ve always made it clear: if we ever get pushed into a corner to that point where we’re making a judgment about fairness or inclusion, I will always fall down on the side of fairness.”

The IRL said it had considered “relevant developments in world sport” in coming to its decision to ban “male-to-female (transwomen) players” until it had completed research on its final inclusion policy.

The ban will apply to the World Cup in England in October, which involves teams from Australia, Brazil, Canada, Cook Islands, England, France, New Zealand and Papua New Guinea.

“It is the IRL’s responsibility to balance the individual’s right to participate – a long-standing principle of rugby league and at its heart from the day it was established – against perceived risk to other participants, and to ensure all are given a fair hearing,” the organisation said.

“The IRL will continue to work towards developing a set of criteria, based on best possible evidence, which fairly balance the individual’s right to play with the safety of all participants.”

Transgender rights have become a topic of fierce debate within sport.

Davies said: “Common sense and science must prevail similarly when it comes to trans athletes.

“We cannot throw fairness for female athletes under the bus of inclusivity and see female sport destroyed while men’s sport carries on unaffected.

“The Government must instruct publicly funded sports’ governing bodies to ensure that girls and women can compete equally — that is, with each other — from the grassroots level upwards.

“Otherwise, where will tomorrow’s female Olympians come from?”

Fellow former Olympian and reality TV star Caitlyn Jenner, 72, who came out as a trans woman in 2015, agrees, saying: “What’s fair is fair.

“If you go through male puberty you should not be able to take medals from females. Period.”

In swimming, the issue was brought to worldwide attention when, earlier this year, Lia Thomas, a transgender American swimmer, was photographed beside swimmers she had beaten in a race.