Tui Lolohea got the only try of the game as Leeds Rhinos ground out a vital 10-0 win away to Wakefield Trinity in Friday’s Super League clash at Mobile Rocket Stadium.

Wakefield dominated the possession and territory early on, and had Tyler Randell held up over the line. However, it was Leeds who led at the interval thanks to two penalties from Liam Sutcliffe.

Danny Brough missed a first-half penalty for the hosts and they then had Craig Kopczak held up over the line after the restart.

But Leeds full-back Lolohea dealt Trinity a hammer-blow when he intercepted and ran in an unconverted try from 70 metres out, with a third penalty from Sutcliffe ensuring the Rhinos made it back-to-back wins for the first time in 2019.

Leeds have endured a traumatic campaign after Dave Furner was sacked after just 14 games at the helm, with Richard Agar being placed in interim charge.

But former Hull and Wakefield boss Agar has now presided over successive wins against London Broncos and Trinity to boost Leeds’ hopes of avoiding relegation. 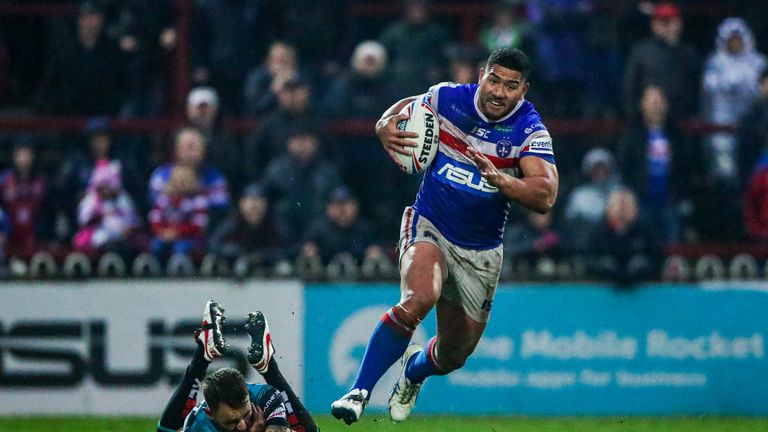 Despite the poor conditions, Wakefield began strongly and began to force the Rhinos back towards their own line from the outset.

Yet Chris Chester’s men could not make any of their repeat sets pay as Leeds defended admirably to keep their line intact.

It was an encouraging sight for Agar as he bids to steer the Rhinos away from relegation danger and up the Super League table. 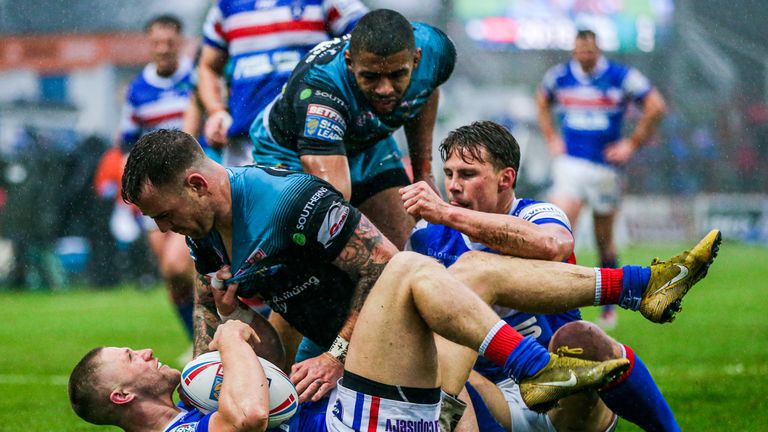 Leeds, having kept Wakefield at bay at one of the field, ventured towards their opponents’ line and went close themselves in the 12th minute.

Handling errors began to characterise the game, but a penalty from Sutcliffe put Leeds ahead in the 15th minute.

In a game of such tight margins, any attempts at goal were likely to prove crucial and genuine try-scoring opportunities continued to prove scarce. 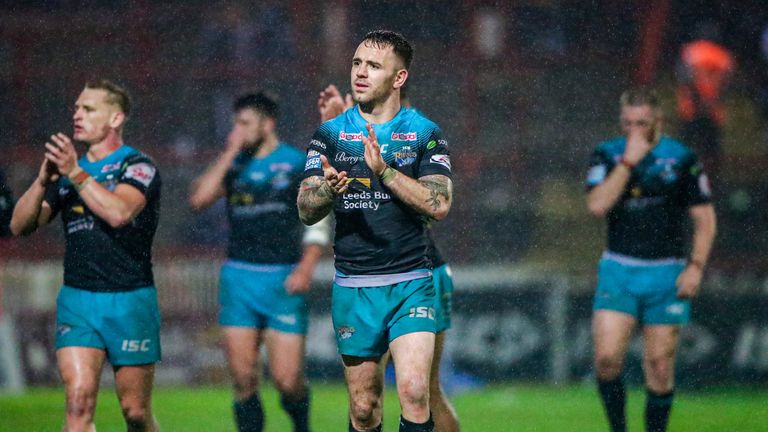 Leeds winger Tom Briscoe made a fine 30-metre burst, but there was precious little else to inspire the crowd.

In the 28th minute, Sutcliffe booted a second penalty after Jordan Crowther held down Adam Cuthbertson.

Wakefield forced Leeds into a fourth goal-line drop-out of the first half and half-back Brough sent a penalty wide as they could not breach their visitors’ line.

The second half came to life in the 54th minute when Wakefield forward Kelepi Tanginoa embarked on a surging run inside the right channel.

Almost inexplicably, his offload went straight into the arms of Leeds full-back Lolohea, who gleefully intercepted and showed impressive pace to saunter clear in the left corner.