Two penalties from Krisnan Inu edged Salford ahead early on in Friday’s semi-final at the DW Stadium, followed by ex-Warriors prop Dudson forcing his way over for the opening try to put them in the ascendancy.

Some scrambling defence denied Jake Bibby from adding to the try tally on two occasions, but a third penalty from Inu saw the visitors lead 12-0 against the reigning champions at half time. 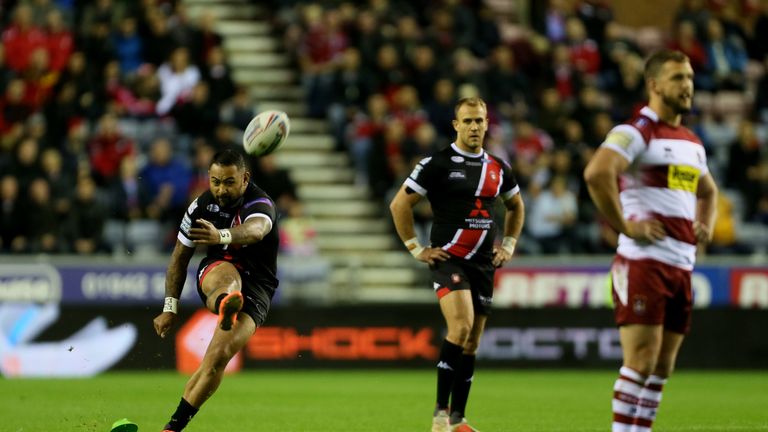 The man nicknamed ‘The Iceman’ went on to finish the game with a perfect record of eight goals from eight attempts, while further tries from Joey Lussick and another former Cherry and Whites man, Mossop, after the break confirmed the Red Devils’ place at Old Trafford next Saturday.

Salford, who were a 150-1 shot to win the Grand Final at the start of the season, will now take on League Leaders’ Shield winners St Helens for the title and become only the eighth team to play in the showpiece game since its inception in 1998, where they will aim to break the monopoly of the sport’s big four.

The hosts, who had high hopes of retaining the Super League title for the first time, again suffered from the slow start which contributed to the 40-10 rout by Saints the previous week as they were out-fought by hungrier, slicker and more purposeful opponents. It was a desperately disappointing way for England stand-off George Williams to end his Wigan career before moving to the NRL, but it does mean Jackson Hastings and Jake Bibby will get to play their final Red Devils games at Old Trafford before joining the Warriors next season.

Salford went into the game having lost their last eight meetings with Wigan, including all four in 2019, but head coach Watson was convinced they were getting closer each time to breaking the duck and so it proved.

Many questioned whether Super League’s surprise packet could sustain their challenge right to the end, but not the near 4,000 fans – well above Salford’s average home crowd this year – who packed out the North Stand with the confidence that their team could overturn an 18-12 defeat on this ground just a fortnight earlier. 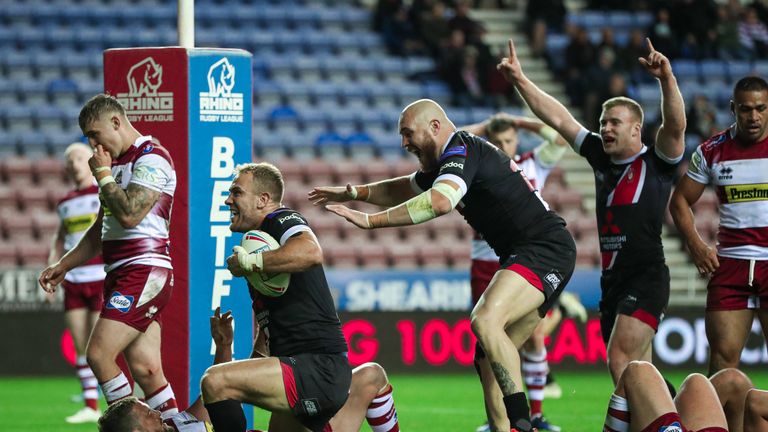 Salford led 4-0 after seven minutes thanks to two penalties from Inu for infringements on Mossop and his front-row colleague Dudson, who had managed just one try in 26 appearances during the Super League regular season, took Tyrone McCarthy’s pass to touch down on 13 minutes to make it 10-0.

The Warriors twice kicked out on the full to gift possession to their opponents and lost scrum-half Thomas Leuluai to injury after 15 minutes as they failed to find any cohesion.

Wigan were all bluff and bluster, while Salford were direct and incisive and almost scored a second try three minutes before the interval when Bibby reached the line only to be held up. 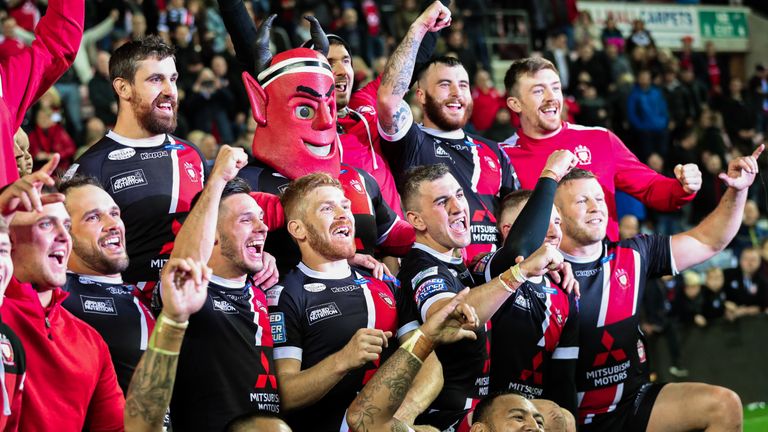 The Red Devils did extend their lead, however, with Inu kicking a third penalty after Wigan were pulled up for an obstruction on the stroke of half-time.

And there was no way back for Wigan when replacement hooker Lussick squeezed over for a second try from dummy-half four minutes into the second half.

Super League quiz: What can you recall about the 2020 season so far?