EXCLUSIVE: England call-up Alex Coles on challenging his vicar parents, skipping politics lectures to train with England and competing with his Northampton team-mate Courtney Lawes for the eye of Eddie Jones

Alex Coles squeezes into a wooden pew at St James Church in Northampton. It is a tight fit for his 6ft 8in frame but, as the son of two vicars, he is in familiar surroundings.

‘This is the church where Northampton Saints started,’ he explains. ‘There was a Reverend here, Reverend Wigg, and he set up the rugby club as a way to get young lads out of trouble. The team was originally called Northampton Saint James, after the church, and here we are now.’

Beams of red and gold stream from the stained-glass window on to his forehead as Coles shares his journey through religion and rugby. ‘My parents used to take me to church every Sunday and I wasn’t that buzzing about it as a young kid,’ he says. ‘At that stage they weren’t vicars… that happened when I got a little bit older. 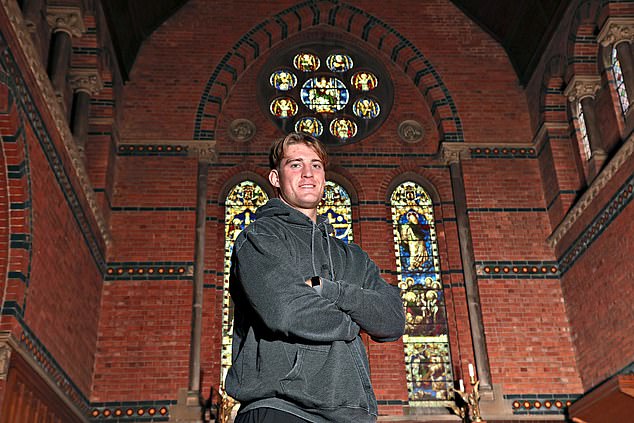 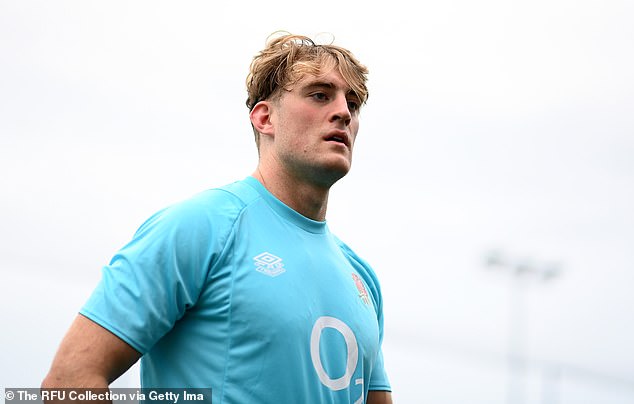 ‘Rugby training was also on Sunday mornings and when I was 10 I asked if they could take me down to rugby training instead. They agreed, so I joined Newmarket Rugby Club and that was my way of getting out of Sunday school!

‘Church was a big part of my life. My parents always gave me the independence to make my own decisions, whether that’s rugby or religion, and I wouldn’t change any of it. You go to secondary school, read things and make your own opinions. I like the church’s sense of community and the compassion. I’m not religious now but it definitely instilled some values that I try to live by.’

As an undergraduate in politics, philosophy and history at Birkbeck College, Coles does not shy away from a theological debate with his parents. He balances studies with his rugby commitments, although his study hours have been squeezed down since his England call-up for the autumn series.

‘I’m meant to go down to London a couple of nights a week but my attendance isn’t perfect,’ he admits. ‘I always wanted to do something alongside rugby. Dad is a doctor with quite an academic background. Growing up I never envisaged rugby becoming a job. It was something fun to do and my idea was to go down the Oxbridge route. I don’t want to stop studying because I’m playing rugby.

‘Politics always interested me. Obviously it’s a complete shambles at the moment. Things went pretty crazy with Liz Truss. Reducing taxes on the most well-off in society at the moment was always going to be suicide. The economic situation is tough in rugby as well at the moment, so there are certainly some parallels there.’ 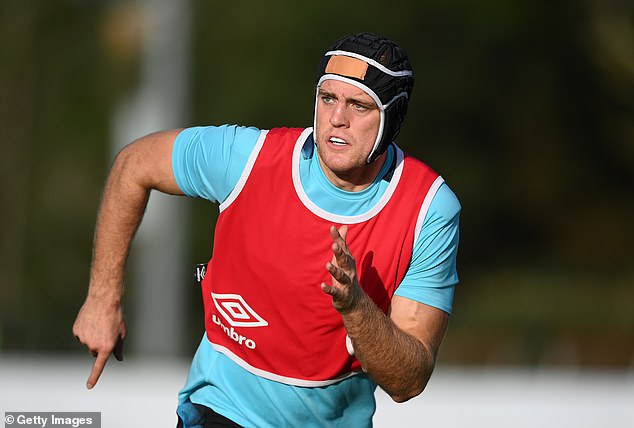 Coles has been a pillar of stability through a turbulent Premiership season. He is the only player to play every minute of every game, making more tackles than anyone else in the league. His form caught the eye of Eddie Jones, who called up the 23-year old to challenge Courtney Lawes at both lock and flanker.

‘Growing up, I was the tall, skinny lad so I was always the lineout option. It’s only recently that Chris Boyd started playing me in the back row. If I can emulate any of what Courts does that would be awesome. He’s a phenomenal player. My first start for Northampton was alongside him in the second row, it was a pinch-myself moment. He’s a man of few words but gives little tips when we’re doing extras after training. We had a funny moment in the gym the other day. Eddie put out a video saying I can put some pressure on Courtney for the No 6 jersey, so he added some weights on, grinned at me and said, “You’d better do that now!” 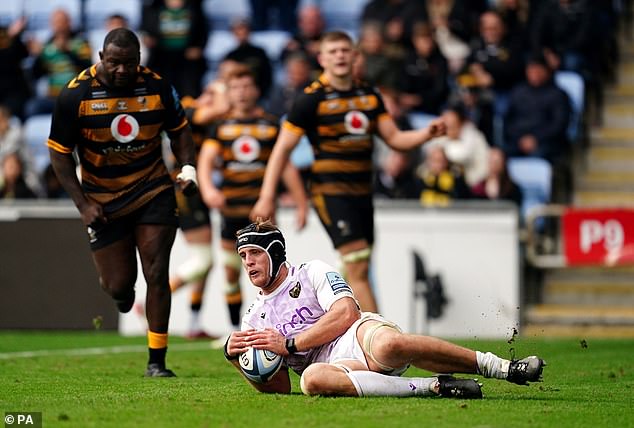 ‘The coaches give me an idea on Monday and if I’m lock then it’s a couple of extra protein shakes, whole milk, snack meals. In the back row, you do a lot more kick-chase but, when you’re lock, the props want a bit of scrum weight so they give me some extra yoghurts at lunch.’ Back home where it all began in Cambridge, Coles’s parents are currently hosting a Ukrainian family. The forward’s height comes from his mother, although there is more sporting background in his father, who played for Oxford University and London Welsh amateurs.

‘My dad likes to think he’s decent,’ he says with a laugh. ‘He played for London Welsh back in the day. He played for Oxford second team and says the only reason he didn’t play for the ones is Zinzan Brooke was there. I’m not sure I believe that.’ Should Coles deputise in England’s series opener against Argentina next Sunday, his parents will face a mad dash back from the morning church service to make kick-off. However, when the conversation comes to next year’s World Cup, Coles is not allowing himself to think that far ahead.

‘I’m delighted to be where I am,’ he says. ‘Playing for England has always been a massive goal for me, although it wasn’t really in my immediate mindset at the start of the season. I spent a few years trying to get into the match-day 23 at Saints but my immediate focus was getting a starting spot.

‘Obviously it was a huge honour to be called up but I won’t get too far ahead of myself. You see a lot of players come and go in rugby and that makes you realise how quickly things can change. Someone could have a meteoric rise like Tommy Freeman but things can also fly the other way. Obviously playing at the World Cup would be unbelievable but my focus for now is playing well for Saints and showing what I can do at training with England.’