All Black flyer Julian Savea flipped his car after falling asleep at the wheel late on Saturday night, his wife has claimed.

The incident came after the jet-heeled wing scored a try in Toulon’s 26-16 victory over Perpignan in the Top 14.

While on his way home, the 28-year-old lost control of his car and narrowly avoided serious injury, according to his wife Fatima. 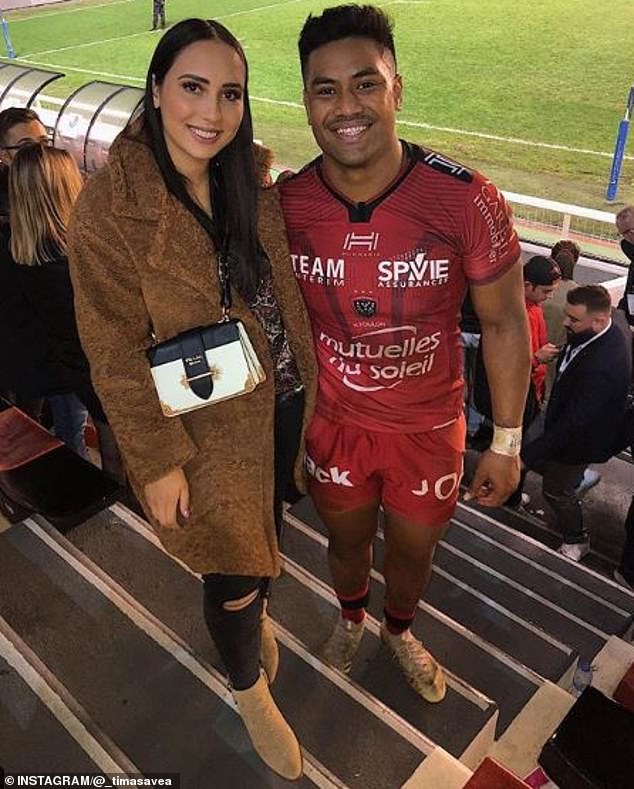 Julian Savea (R) flipped his car after playing for Toulon on Saturday, his wife (L) has said 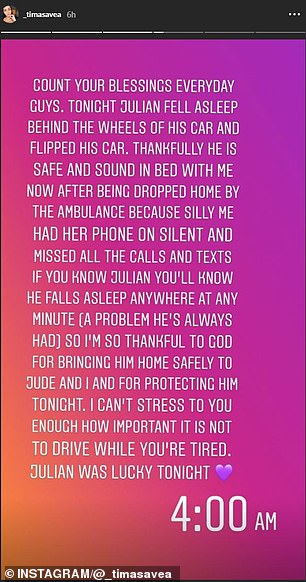 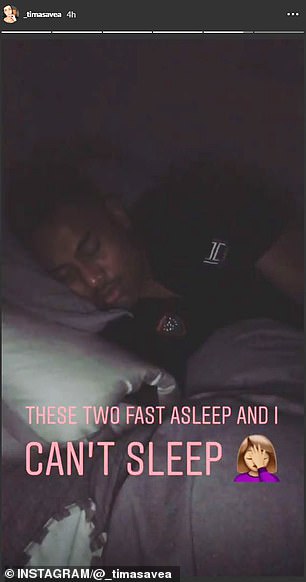 ‘Tonight Julian fell asleep behind the wheels [sic] of his car and flipped his car. Thankfully he is safe and sound in bed with me now after being dropped home by the ambulance because silly me had her phone on silent and missed all the calls and texts.’

‘If you know Julian, you’ll know he falls asleep anywhere at any minute (a problem he’s always had), so I’m so thankful to God for bringing him home safely to Jude and I and for protecting him tonight.

‘I can’t stress to you enough how important it is not to drive while you’re tired. Julian was lucky tonight.’

Fatima also quickly moved to quash any notion he had been drinking, claiming her husband has been sober for eight months.

‘And before anyone makes any assumption, no alcohol was involved,’ she added.

‘Firstly, he’s been sober 8 months (woohoo). Secondly, the police did a full test etc and lastly, who’s dumb enough to drink and drive?

‘I am just so thankful to have him home safe!’ 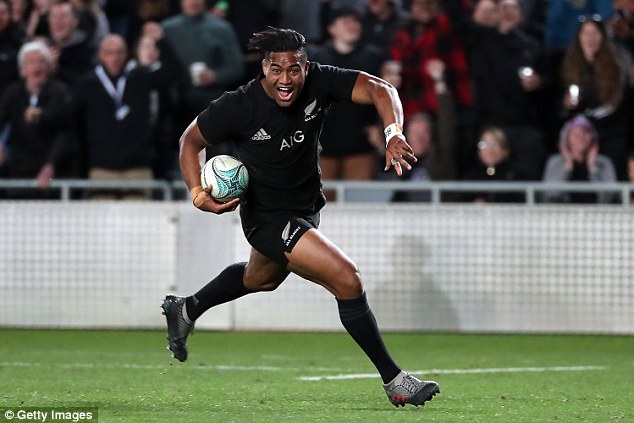 The man known as the ‘Bus’ has touched down 46 times in 54 Tests for the All Blacks to date; a faster strike rate than any player from any leading nation in the history of the game.

He has since become ineligible to play for New Zealand after sealing a switch to French club Toulon this summer – a move which has subsequently brought about some controversy, often owing to Fatima’s outspokenness on social media.

She hit out at the Top 14 in a series of scathing tweets in September, one of which said: ‘Rugby on this side of the world is very behind. I feel Julian’s pain out there on the field.’

Toulon sit 12th in the league, following their win over basement boys Perpignan on Saturday, amid a desperately poor start to their campaign by their lofty standards. 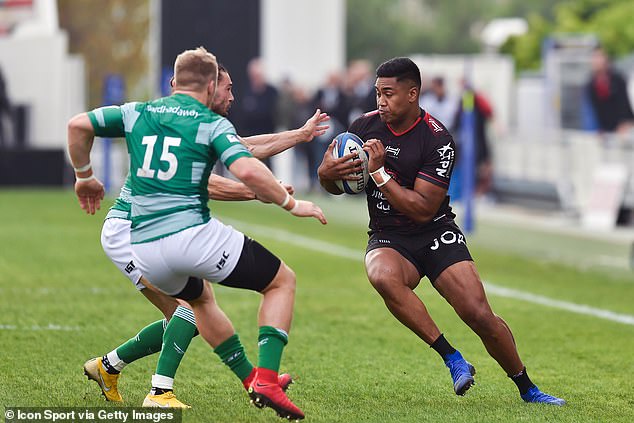 Ignore calls to protect the elite, relegation keeps everyone honest