Warren Gatland must select Alun Wyn Jones as his British and Irish Lions captain after he came to the brink of leading Wales to a Grand Slam, says James Hook.

Jones captained Wales to impressive wins over Ireland, Scotland, England and Italy during this year’s Six Nations, but they were denied a first Grand Slam under Wayne Pivac when France beat them with a last-gasp try in Paris on Saturday.

Wales still have strong hopes of winning the tournament, with France needing a bonus-point victory by a margin of at least 21 points over Scotland on Friday to snatch the title, but the thoughts of their players will now begin to turn to this summer’s Lions tour against South Africa.

Jones already has experience of captaining the Lions, having led them in their series-deciding 41-16 victory over Australia in 2013 in the absence of Sam Warburton, and Hook believes the 35-year-old should be given the chance to do so again when Gatland names his squad in May.

“You look at that performance last night from Alun Wyn and look at his performance throughout the whole of the Six Nations, especially after coming back from a couple of months off from injury. “How can he not be Lions captain after that?”

Hook played alongside Jones with Ospreys as well as Wales, and was watching from home as his former team-mate came within seconds of leading the side to glory in Paris.

Reflecting on the game, Hook said: “It was heart-breaking. I think both teams were absolutely fantastic. Everything was left out on the field.

“It was a brave, brave effort by Wales. I thought they attacked really well. But France, the way they held onto possession to see out that game was incredible.

“We can still win the championship but we were that close to winning a Grand Slam. But it wasn’t to be, and you’ve got to give credit to France as well.

“It was probably one of the best games I’ve ever seen in the Six Nations.”

Wales’ defeat was full of controversial moments, including the decision by referee Luke Pearce to send off France’s Paul Willemse for making contact with Wyn Jones’ eye when clearing him from a ruck. 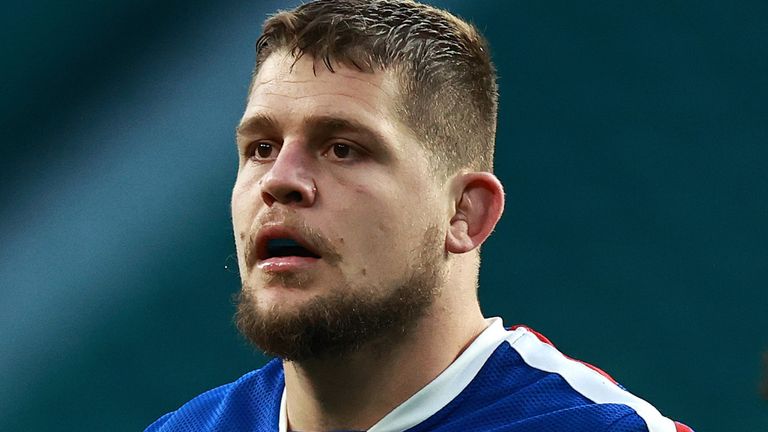 But Hook dismissed Galthie’s comments, saying: “I’ve got to disagree with that. I think it was a clear red card.

“Initially when I saw it I thought, ‘probably a yellow’. But when you see it in slow motion he clearly cleaned Wyn Jones out and grabbed his eyeball.

“That’s not a good look and it was a red card.”