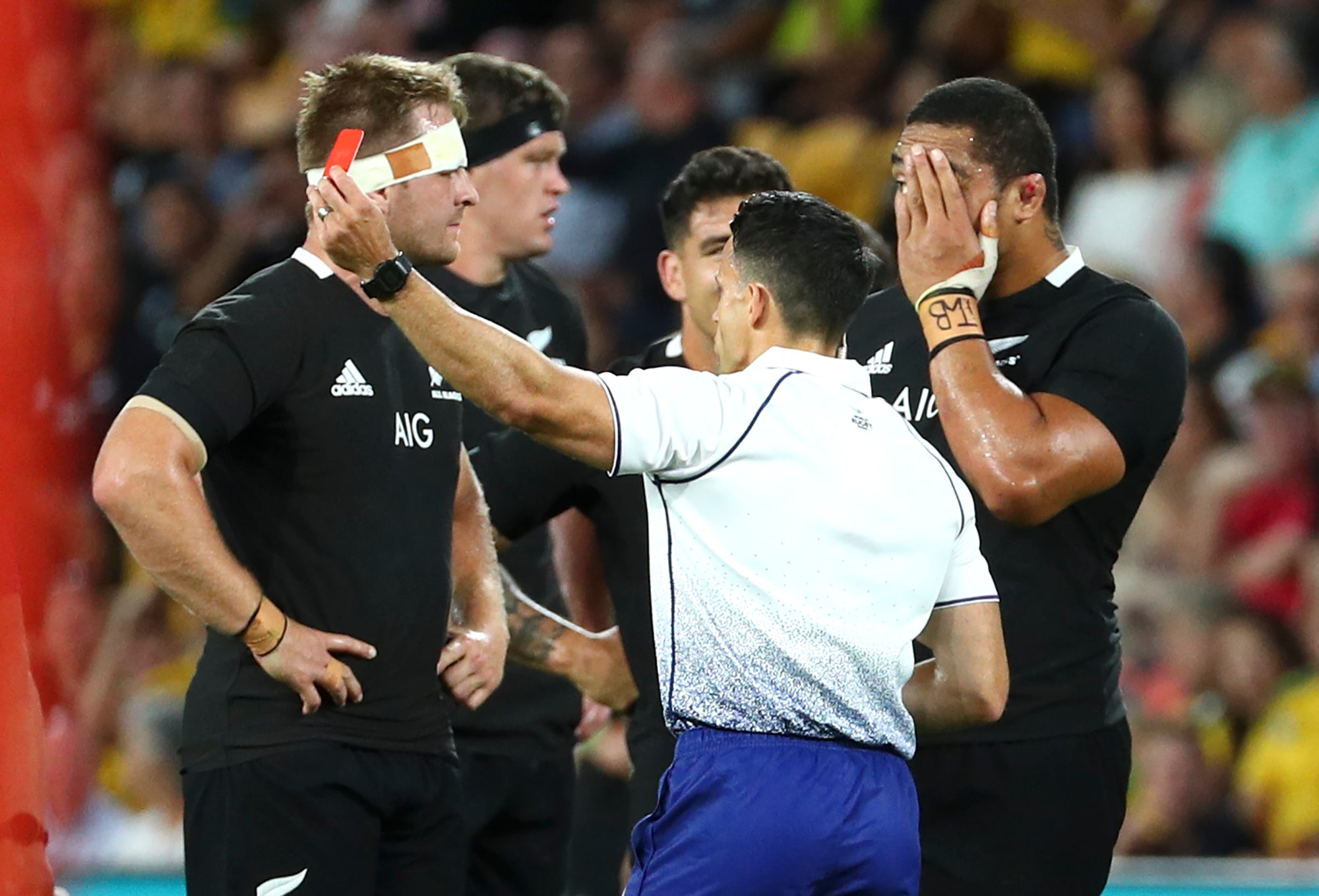 “It’s a good bounce back. It’s a good response from last week,” Australia captain Michael Hooper said. “The series is over, but we’ll take that one for sure.

“We’re a proud team. And that performance last week didn’t reflect where we’re at … so really proud of our guys.”

A brutal first half contained two tries, two red cards and a yellow card, ending with the score locked at 8-8 and New Zealand holding a one-man advantage.

Winger Tom Wright scored with his first touch in test rugby for Australia after two minutes and Rieko Ioane leveled for New Zealand at 5-5 with a try in the left corner after the All Blacks held possession for 29 phases.

The Wallabies were leading 8-5 in the 23rd minute when New Zealand prop Ofa Tuungafasi was red carded after a review by the television match official for a high tackle on Wright, who was making an angled run in off the wing.

The Australians opted against shots at goal twice in a bid to seize on the numerical advantage but it backfired after New Zealand leveled again when Jordie Barrett landed a penalty goal.

And it got worse for the Australians when rookie flanker Lachie Swinton was red carded in the 35th for a dangerous, no-arms hit on veteran lock Sam Whitelock and then winger Marika Koroibete was yellow carded for being off his feet when he contested the ball in a ruck just before the break.

James Slipper’s 100th test match for Australia finished just before halftime when the frontrower left the field with an injured left arm.

After a scrappy start to the second half, a Hodge penalty goal gave Australia an 11-8 lead just before Koroibete returned to the field to level up the numbers again at 14-14, almost immediately making a try-saving tackle deep in the left corner.

But the New Zealanders hit the front when Whitelock won a close-range lineout in the 52nd and Codie Taylor got the points in the middle of a driving maul.

A long-range Hodge penalty goal from a scrum penalty cut the to 15-14, setting up the big finish.