Bath 19-23 Scarlets: Leigh Halfpenny proves his worth and inspires Welsh side to victory with incredible kicking and defensive display

Bath fell at the first hurdle in their European Champions Cup campaign, beaten at home for the second time in three seasons by Scarlets.

The Welshmen were inspired by full-back Leigh Halfpenny, who kicked three penalties and two conversions to keep his side within touching distance and then denied Bath fly-half Josh Matavesi a try at the death.

Bath could still have won the game deep into stoppage time but another last-ditch tackle on the goal-line, this time by Sione Kalamafoni, prevented Ben Spencer from snatching victory for the home team. 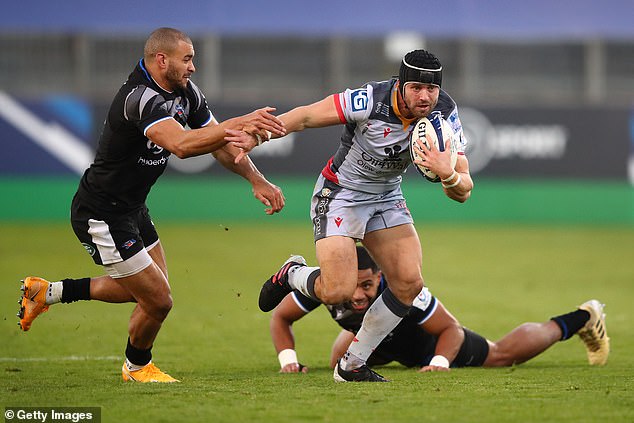 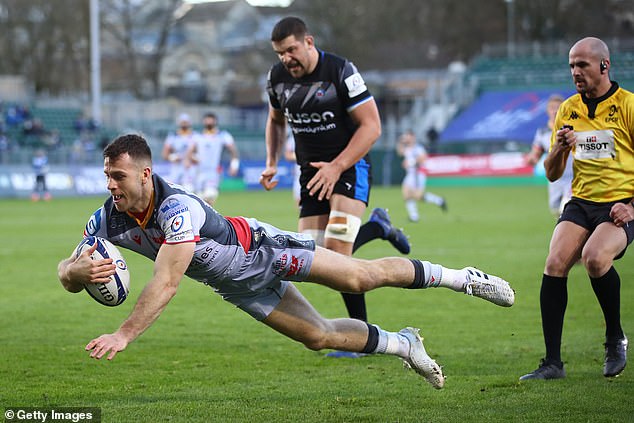 ‘We had opportunities and didn’t take them, whether that be on a strike play in attack or from defence,’ said Bath director of rugby Stuart Hooper. ‘Those are the moments that add up.’

Bath were first on the scoreboard with a Spencer penalty but Scarlets scored the first try when Steff Evans easily evaded Joe Cokanasiga to send in scrum-half Gareth Davies. Halfpenny converted.

Zach Mercer, on the field after Taulupe Faletau left with a head injury, soon featured in a fine move that saw Ruaridh McConnochie finish in the corner. 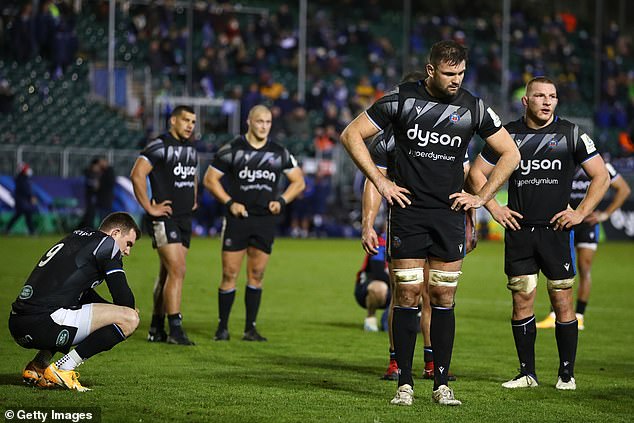 Spencer’s left-footed conversion was wide but Bath were firmly on the front foot at this stage and the scrum-half landed a straightforward scrum penalty which put Bath 11-7 ahead after 26 minutes.

Halfpenny and Spencer continued to get their kicks and Bath went over through England tighthead Will Stuart. Although unconverted it opened up a six-point gap.

Yet Kieran Hardy and Halfpenny were not finished, Hardy’s try a key moment and Halfpenny then landed his third penalty before denying Matavesi at the other end.