When James Slipper was sacked by the Reds two years ago, the furthest thing from his mind was reaching a century of Test caps for the Wallabies.

Slipper's career was on the brink in 2018. As soon as the former Reds captain was handed a two-month ban for cocaine use, word spread coach Brad Thorn would not welcome the star prop back to Ballymore.

A yarn earlier in the week from Sammy Phillips

We're about 25 minutes away from kick-off. 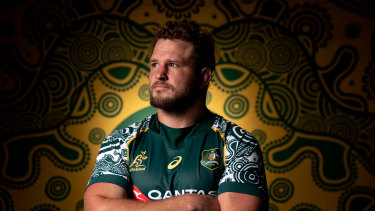 James Slipper has rebuilt his career after a ban for cocaine use in 2018.Credit:Getty

Late change for the All Blacks

The All Blacks announced this afternoon Patrick Tuipulotu is ill and has been withdrawn from tonight's clash. He's been replaced on the bench in the No.19 jersey by Tupou Vaa’i.

Here are the line-ups:

However, he reckons Australia aren't as bad as that scoreline suggests.

Here’s a preview I tapped out for today’s paper. 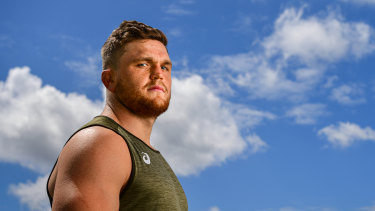 Evening all, thanks for joining us for some more Test rugby action.

Tom Decent here in the blogging chair at the Coogee bureau.

Sadly I won't be in Brisbane tonight for the game (COVID-19, you may have heard about it) but our man Phil Lutton is at Suncorp Stadium for the fourth game between these sides in five weekends.

As it stands, the Wallabies have already lost the Bledisloe Cup, which they haven't held now since 2002.

This is technically a fourth Bledisloe match and while it doesn't count for the Cup itself, the result here matters for the Tri Nations (contested between Australia, New Zealand and Argentina) this year. 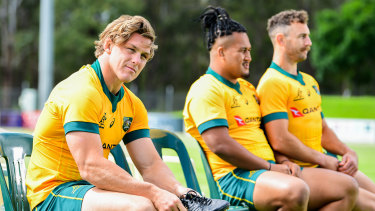 Can the Wallabies bounce back in Brisbane? Credit:Stu Walmsley/Rugby Australia