Danny Care approves of the new World 12s competition scheduled to launch next year in the belief it could be the spark needed to improve rugby as a spectacle.

Former England scrum-half Care was an influential figure as Harlequins lit up the Gallagher Premiership last season with a thrilling attacking style that swept them all the way to the title.

Just weeks after Quins had stormed Twickenham in swashbuckling fashion, the British and Irish Lions fought out a dreary three-Test series against South Africa that was a hard watch even for purists.

It is hoped that the World 12s, a competition that has similarities to cricket’s Indian Premier League, will attract new fans by having fewer players on the pitch – 12 on each side – using adapted laws designed to speed up play in games that last only 30 minutes.

Taking place in August and September, the hope is that top players from across the world enticed by large salaries will be auctioned to appear for eight privately funded franchises.

It must first overcome several major stumbling blocks but while the response of governing bodies has so far been lukewarm, Care believes it could be the shake-up the sport needs.

“I can see issues with it, like player release, clubs and unions not wanting players to go and play it, but I do see the sport needing change,” Care said at the virtual 2021-22 Premiership launch. 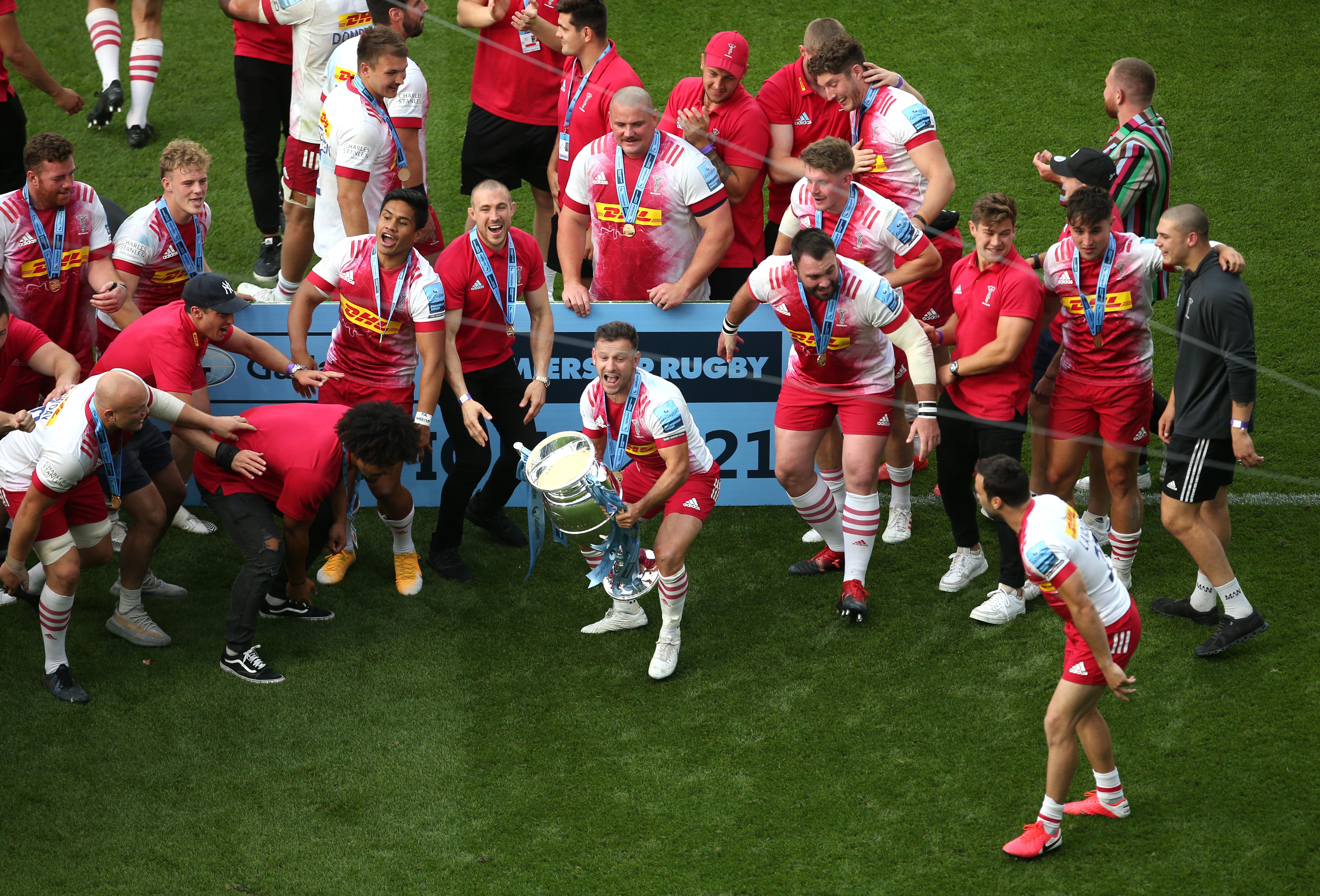 “If you watch the majority of international Test matches at the moment, if New Zealand and France aren’t playing then it doesn’t really excite me, I’ll be honest with you.

“If there are any ways of trying to change that and inspire kids to pick up a rugby ball then I’m all for it.

“I tried to get my son to watch the Lions tour and he was like ‘what is this’? I’d like to think our club tries to play in a way that inspires kids to play.

“Maybe the 12s thing is an opportunity for coaches to look at that and think ‘maybe we could play more of an expansive game’.

“It’s certainly something I’d want to watch and maybe get involved in – if I make the auction!”

Exeter boss Rob Baxter fears the competition will put players and clubs in a difficult position and the problems surrounding player release are the biggest hurdle it faces.

Care, however, insists players would welcome the opportunity to earn more money.

“If we have all the best English players playing in England for the majority of the year, the English team is going to be better,” Care said.

“Let them do that, but also allow them to go and earn a bit of money. Let’s be honest, not many players earn enough to not have to go and work the day after they retire.

“We’re very lucky to do what we do but it’s not cricket, certainly not football, so if we can bring more money into the sport and attract more who want to play it then it’s only a good thing for the game.”

Autumn Nations Cup final: Mako Vunipola out of England’s clash with France due to injury

Paul Grayson column: Why family ties will count for nothing in Clash of Farrells