Danny Care admits it is a ‘dream come true’ to be back in the England set-up after three years in the international wilderness – and the scrum-half insists he’s better than ever at the age of 35!

Danny Care declared his shock England return a ‘dream come true’ and then sent a clear message to Eddie Jones by insisting he is better now than when he was last a Test player.

Veteran Harlequins scrum-half Care was part of head coach Jones’ 36-man party who departed on Tuesday for Australia and a crunch three-Test series against the Wallabies.

Care, 35, is set to feature in his first international since November 2018 Down Under. He appeared off the bench as England were hammered 52-21 by the Barbarians in a non-capped clash last Sunday. 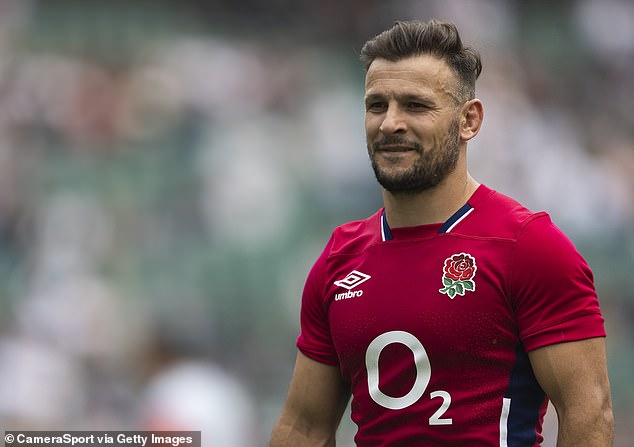 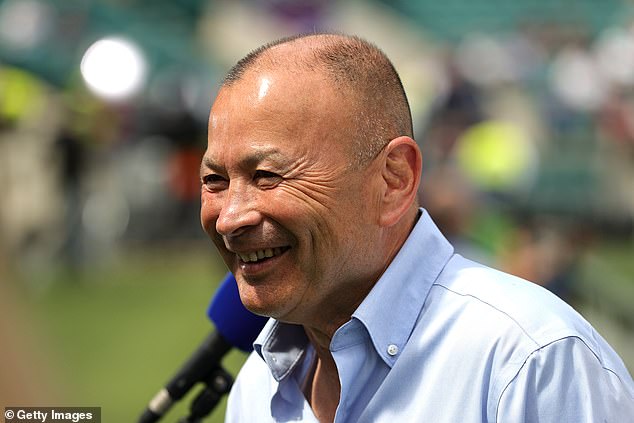 He said: ‘The whole week has been a dream come true. It’s something you think will never happen again. I’ve just tried to enjoy it and love every second. When you’ve been in it like I was for quite a while, you appreciate you’re playing for England.

‘When you can’t do that any more and can’t get back in, it makes you want it even more. I don’t know how long it’s going to last, but one thing that I’ll do is make sure I give it my all. Any opportunity I get I’ll try to take it.

‘I definitely think I’m a better player now than I was four years ago, even three years ago. The main thing I’ve been trying to focus on is enjoyment. It frees me up when I’m not thinking about things too much. That’s my type of game. When I overthink stuff, I don’t play my best rugby.’

A coffee with Jones was the start of the scrum-half’s international return and Care is now set to play a crucial role against Australia.

Ben Youngs is not part of the tour following the tragic death of sister-in-law Tiffany, who was married to Ben’s brother Tom, the former England hooker. Harry Randall and the uncapped Jack van Poortvliet are the other two scrum-halves. 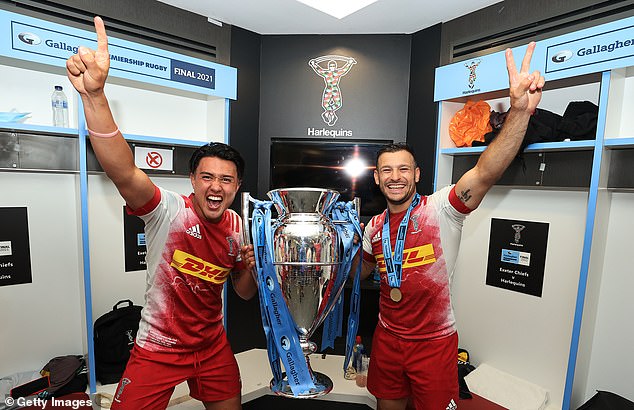 Care has been in fine form for his club in the Premiership, helping them win last year’s title

But neither possesses the international nous of Care or the form which has made him the standout player in his position in the Gallagher Premiership for each of the last two seasons.

‘He (Jones) texted me around April and I thought I’d shoot my shot and see what happens. I had nothing to lose,’ said Care, who has 84 caps.

‘We met for a coffee. He was complimentary about how I was playing, so I was happy with that. I laid it on the line and said I’d give anything to have another chance and help the team.

‘I think I can. The dream would be to help the lads win a few games in Australia.’

Care is one of 10 players in the current England squad who claimed an impressive 3-0 series win on the last tour of Australia in 2016. He is back in the international picture alongside No 8 Billy Vunipola and eight uncapped rookies. 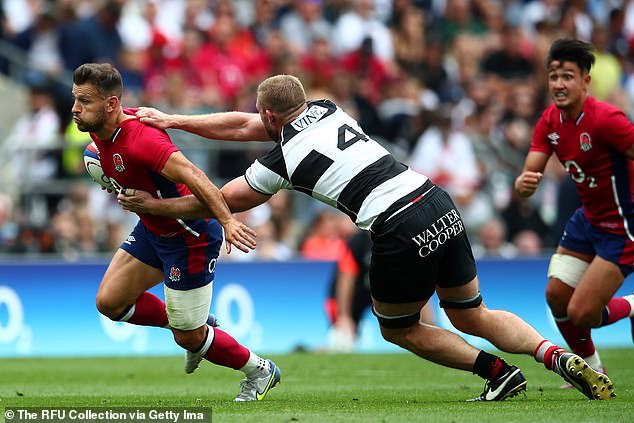 England’s journey to the first Test against Australia in Perth on July 2 began on Tuesday as the squad departed on four separate flights, with the players in business class.

Travel scheduling problems in the wake of the pandemic meant England were unable to get all their players and staff on the same plane.

‘When you go to Australia you have to be brave,’ said Care. ‘You have to try to win the game. It’s a place where you’re not particularly liked, which is great. I think the young lads will really enjoy that.

‘It’s a great opportunity to develop a relationship which will hopefully put us in good stead for the autumn and the Six Nations and hopefully the World Cup.

‘Going to places like Australia, hostile environments, and trying to get a win will be really beneficial for some of these young boys.’

Sinead Kissane: 'Provinces' desire to evolve can light the fuse for Ireland team'