Misfits 1-0 Monsters. England’s patchwork team rode their luck at Twickenham but escaped with a guts and glory victory.

Forget Malcolm Marx, Eben Etzebeth and Siya Kolisi, this was a day for the outsiders.

Mark Wilson, the unfashionable northerner, was man-of-the-match and Harry Williams, the long-haired prop who played in the Championship, signed off the victory by booting the ball into the heavens. 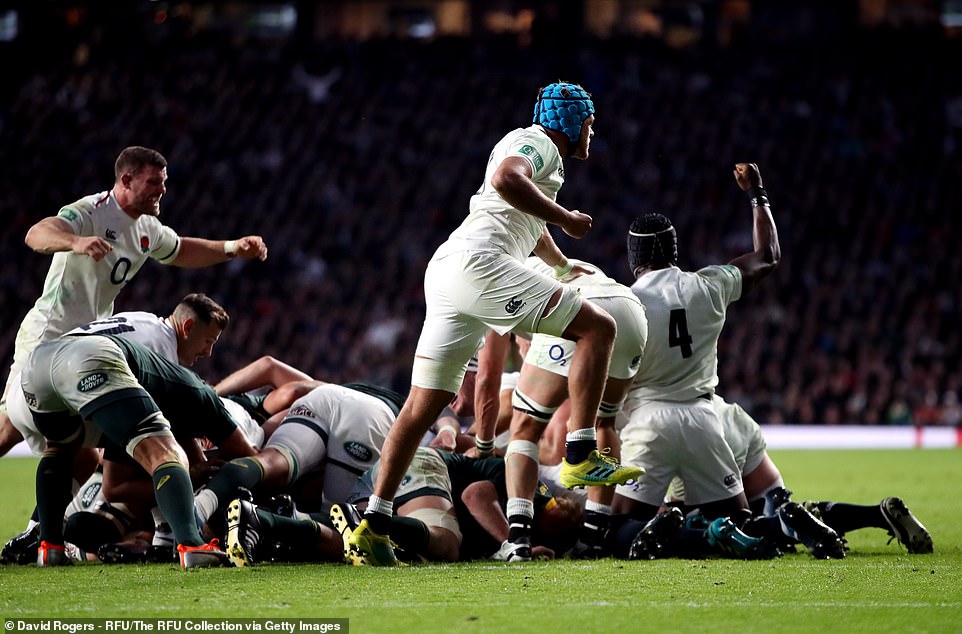 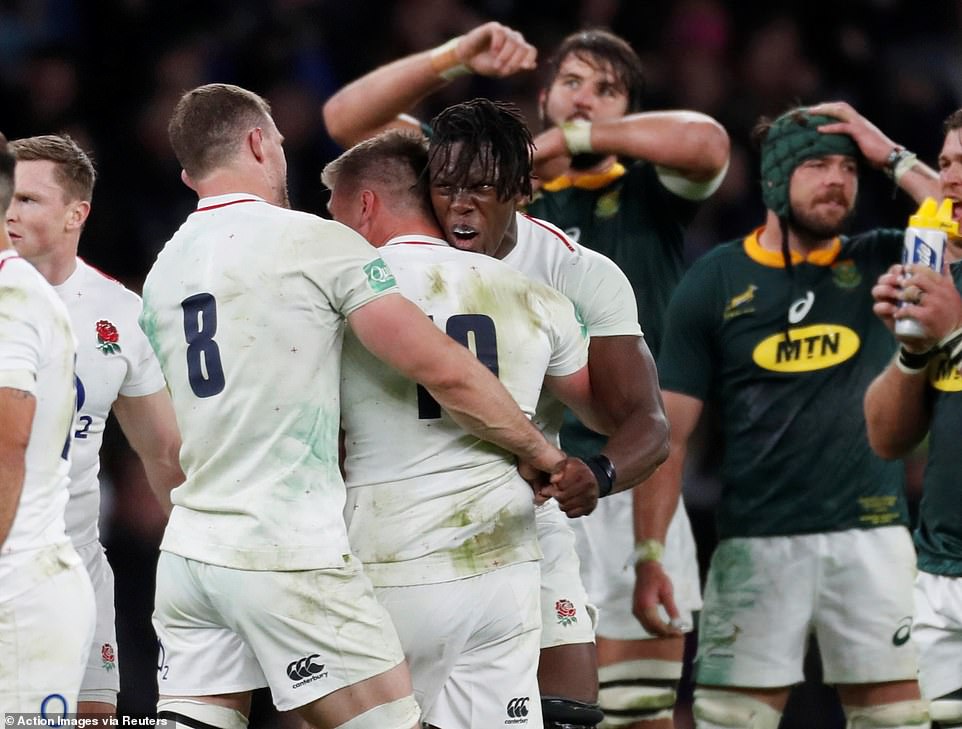 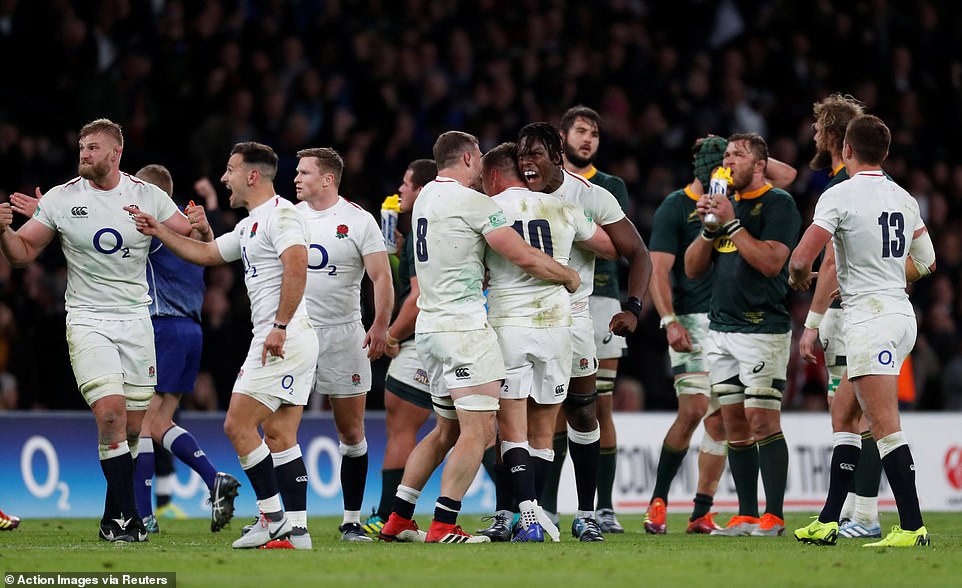 South Africa were the dominant side for an hour but England absorbed their punches before striking in the final quarter.

Ben Moon, the debutant prop, smashed Duane Vermeulen and England were on the right side of referee Angus Gardner.

Hearts were in mouths when Owen Farrell caught Andre Esterhuizen with a high shot in the final play, but he got away with it..

This was a smash-and-grab victory.

Rarely will England be so grateful for a two-point deficit at half-time.

They were outthought and outmuscled, failing to string together any phases in the Springbok 22 before the break.

Maro Itoje conceded three penalties and was yellow carded inside 15 minutes, while the back-three were hounded by high balls from Handre Pollard.

Damian de Allende, the midfielder, ran over people while Sibusio Nkosi, the magician, ran around people.

Handling errors in the red zone undermined South Africa’s territory and Malcolm Marx – supposedly the new Bok star – was left of centre with his lineout throwing.

Pollard kicked the Boks in front but Owen Farrell, who led the team out as co-captain, was equal from the tee. 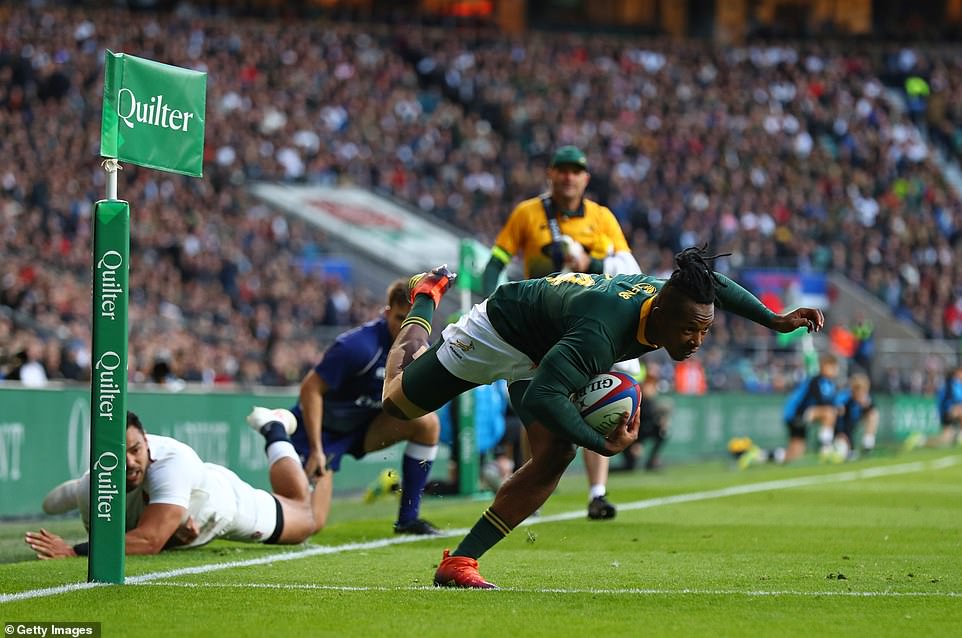 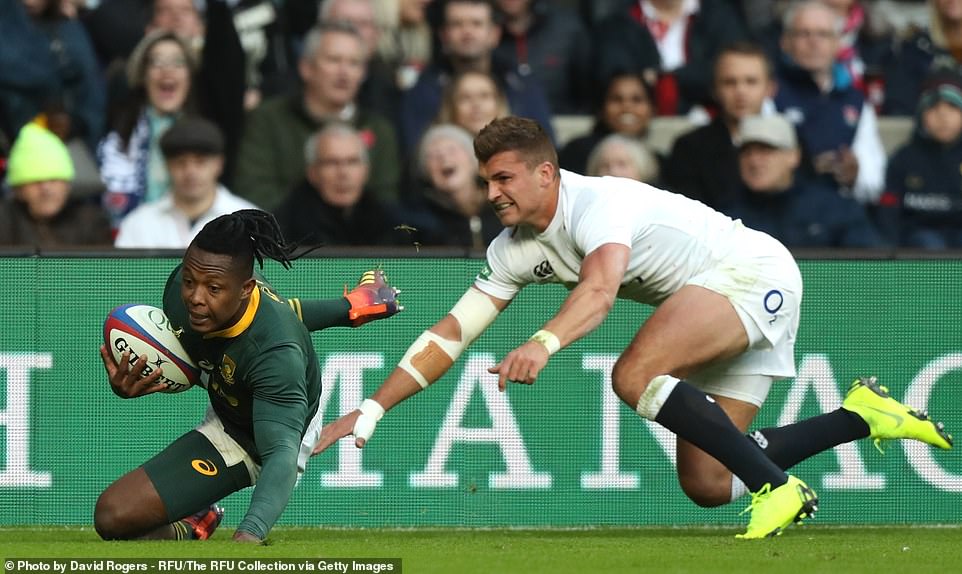 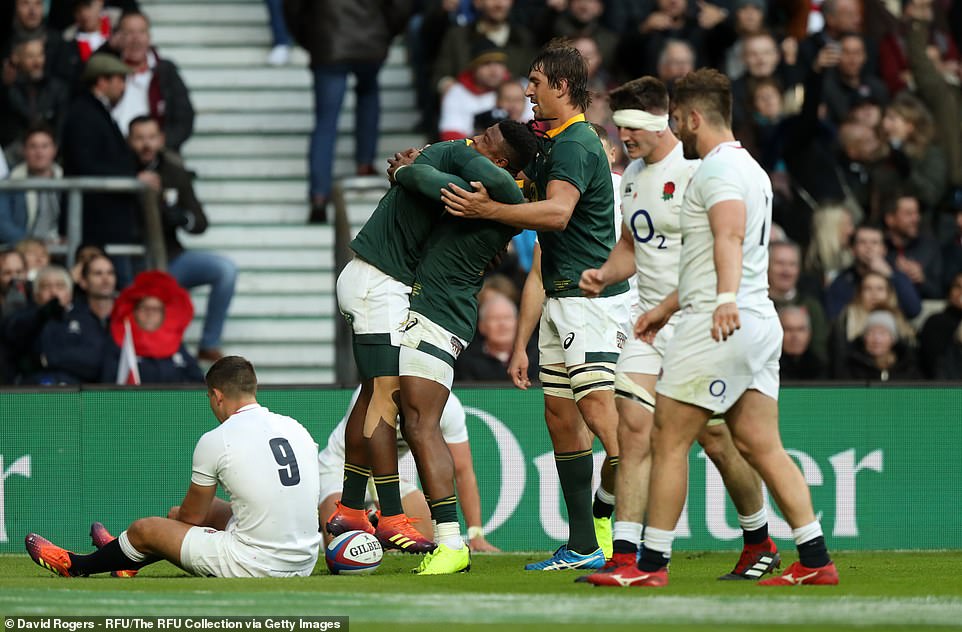 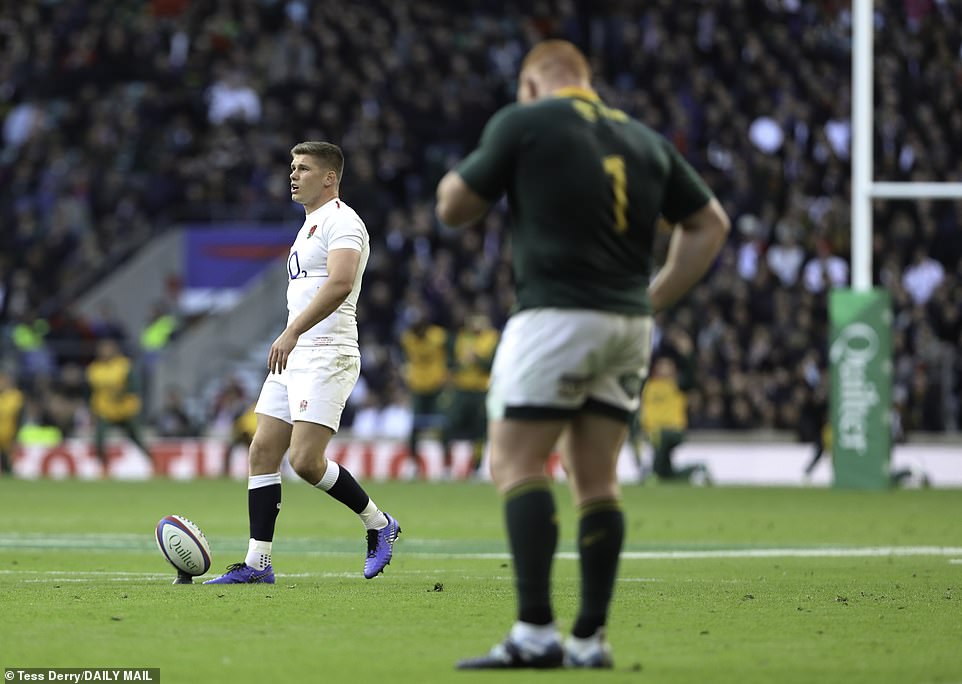 Owen Farrell, playing at fly-half, sizes up a penalty for England during a tough first half for the hosts at Twickenham 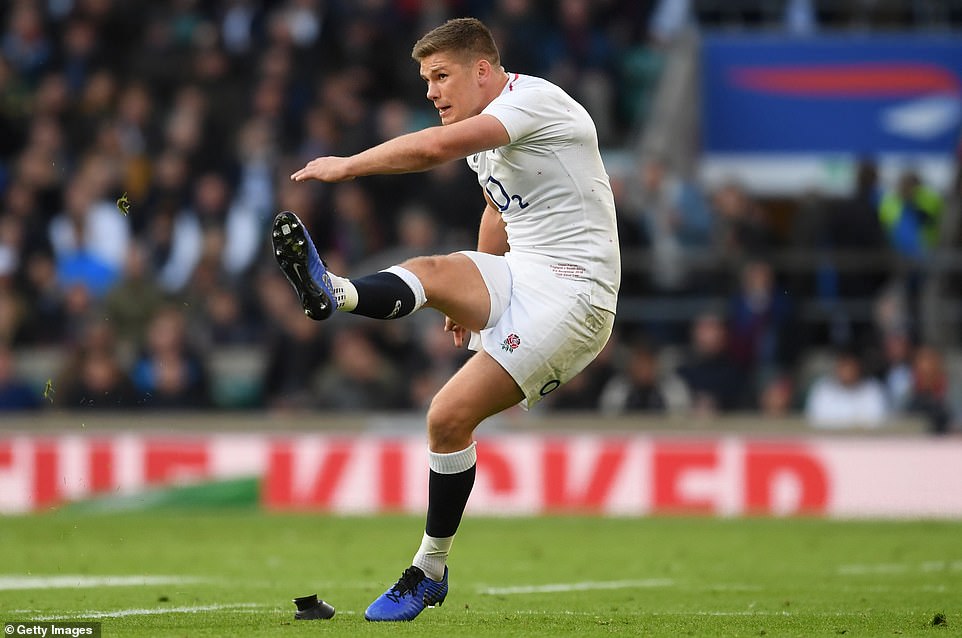 The Boks had 79 per cent of the territory in the first half an hour but the result? 3-3.

Dylan Hartley slipped off Pollard and Brad Shields slipped off De Allende. Quick hands followed, with Warren Whiteley and Aphiwe Dyantyi tipping the ball onto Nkosi, who scored down the left.

Cameras panned to Faf de Klerk in the crowd. Politics ruled the scrum-half out of this match and South Africa could have been 10 points clear with his wriggly finishing ability close to the line.

Instead, England rode their luck. Farrell kicked a second penalty and, hanging on by their fingertips, they trailed 8-6 at the break.

Eddie Jones sent on Ben Moon at half-time in a desperate bid to shore up the scrum. Curry limped off moments later and Zach Mercer was introduced for his Test debut.

And then, out of nowhere, England were in front. 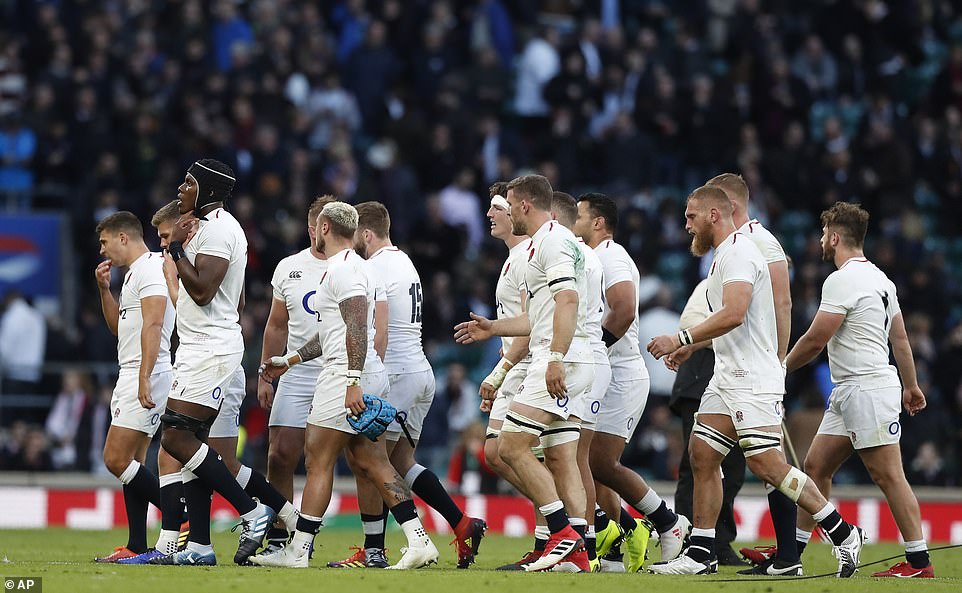 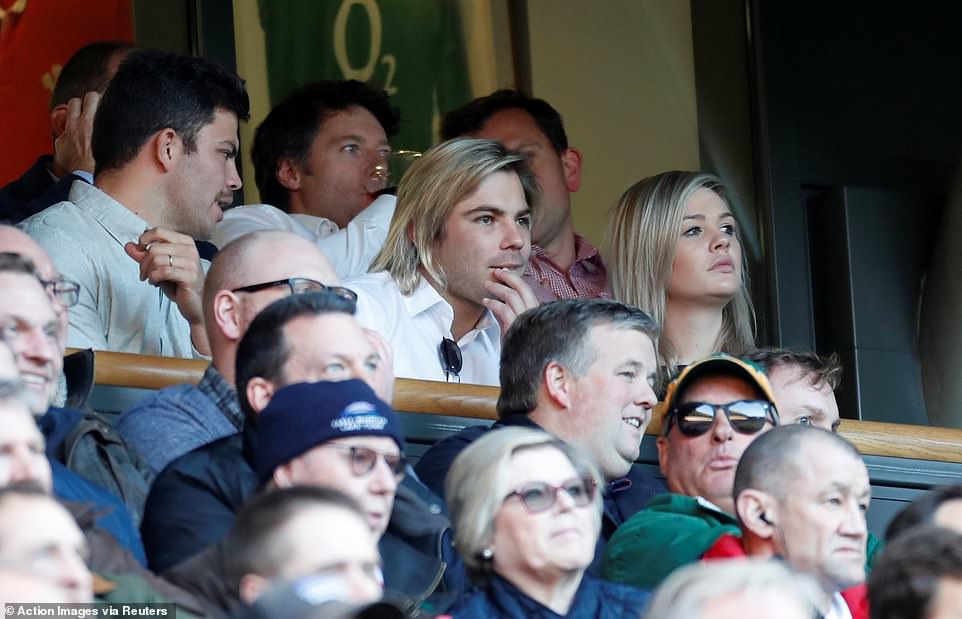 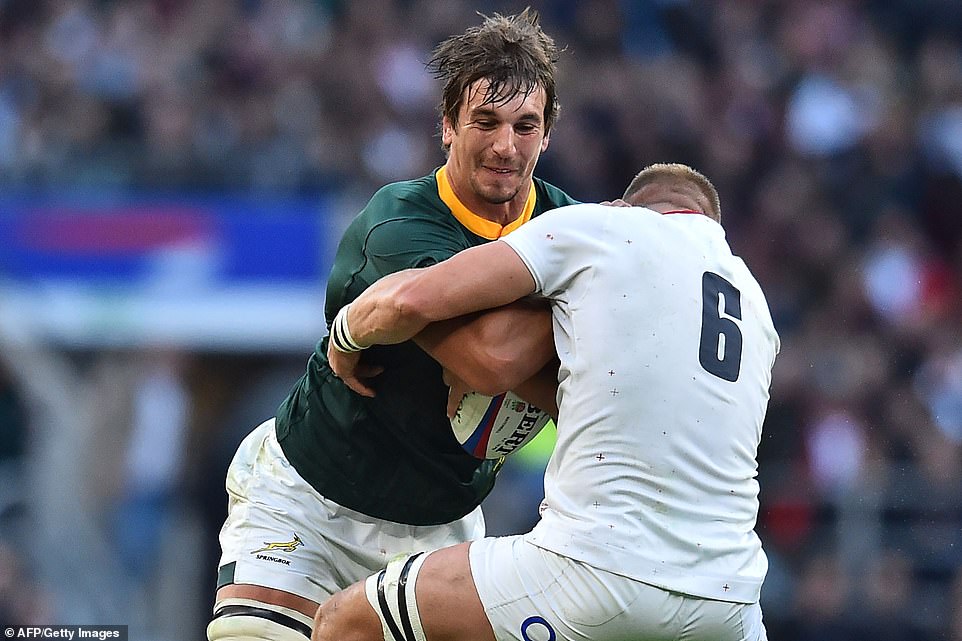 Growing in confidence, De Allende was guilty of overplaying and then conceded a penalty for a breakdown infringement.

Elliot Daly lined up the penalty from 46 metres and, for the first time, England were in front.

Twickenham came alive. Ben Te’o put in one of those rib-crunching tackles on Siya Kolisi and the noise echoed through south-west London.

After 52 minutes England finally carried the ball into the Bok 22.

Jamie George replaced Hartley and Chris Ashton was introduced after 64 minutes for his first England appearances since 2014 – prompting one of the loudest cheers of the afternoon.

The lead, however, swung once more.

George Kruis was penalised on the deck and Pollard kicked three points yet Ashton made an immediate impact with his running lines.

But it was Williams who brought the key moment from the bench. The prop won a scrum penalty and ice man Farrell struck it perfectly from wide left.

South Africa rallied once more but England hung on. Just. 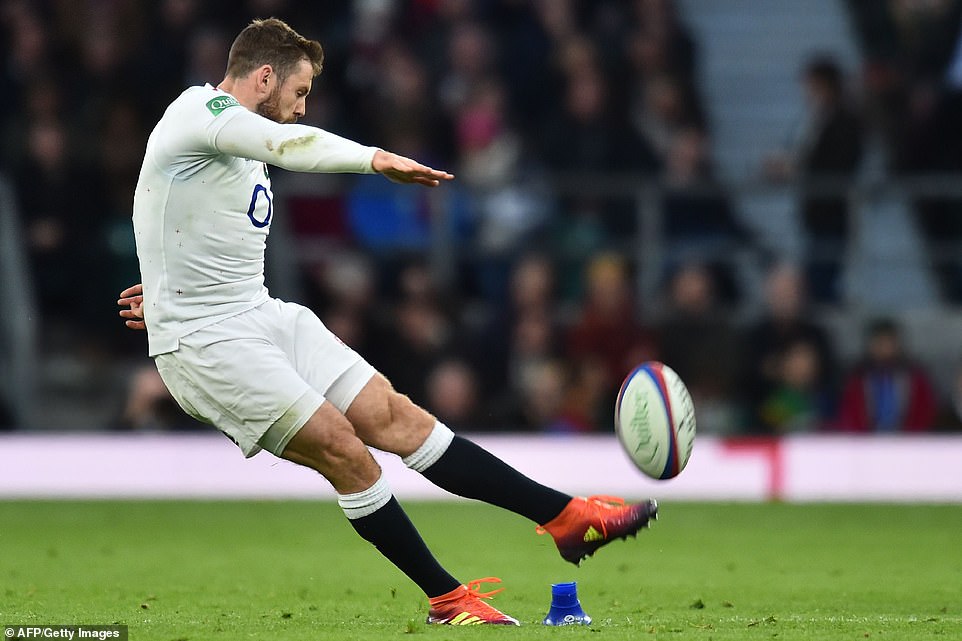 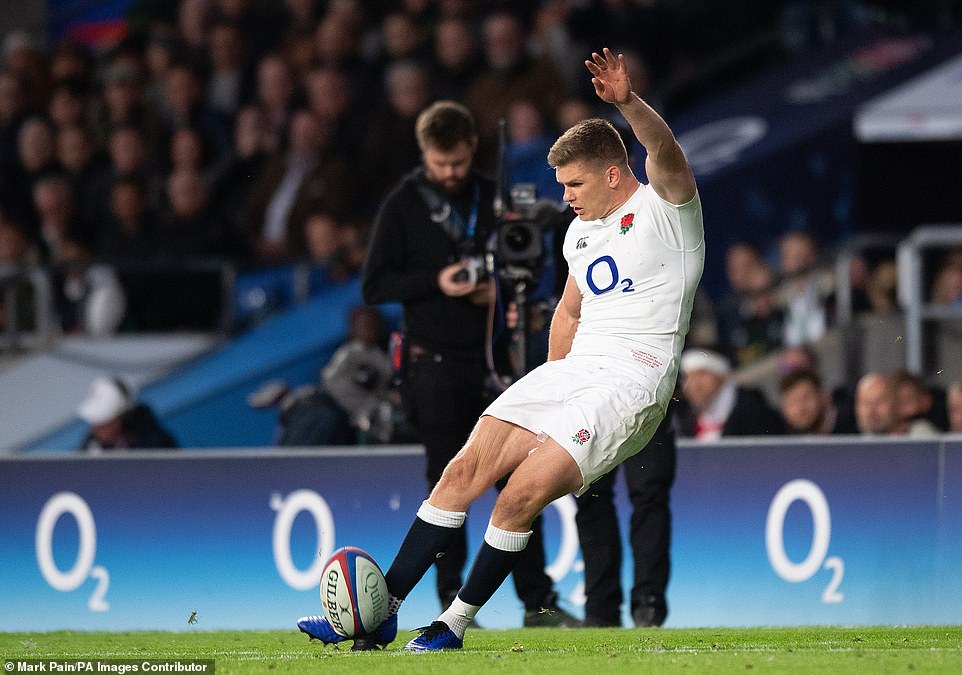 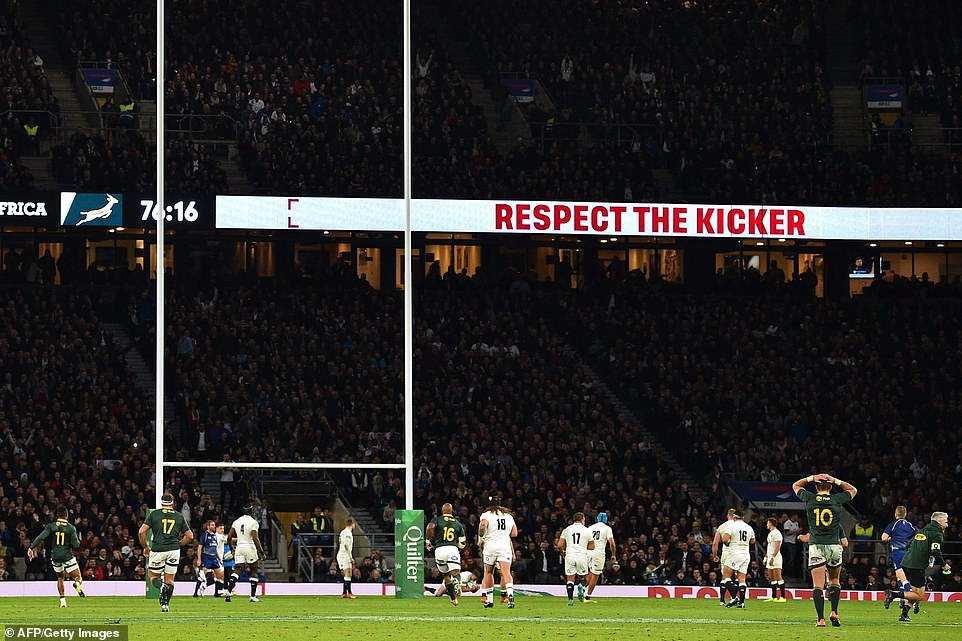 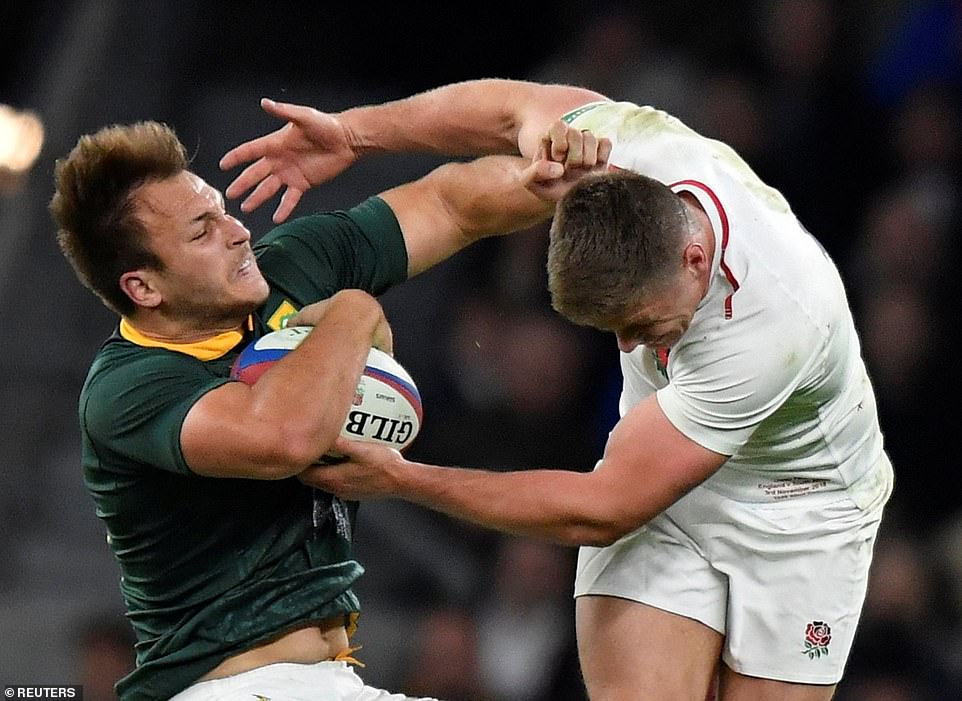 Italy vs England live stream: How to watch Six Nations online and on TV today