Tom Curry has been ruled out of the remainder of England’s autumn series by the ankle injury sustained against South Africa.

The Sale flanker limped off in the second half of Saturday’s 12-11 victory at Twickenham and after having the joint scanned, it was confirmed he is facing an extended spell on the sidelines.

‘Tom is not available against New Zealand and has been ruled out of the rest of the series as well,’ said forwards coach Steve Borthwick. 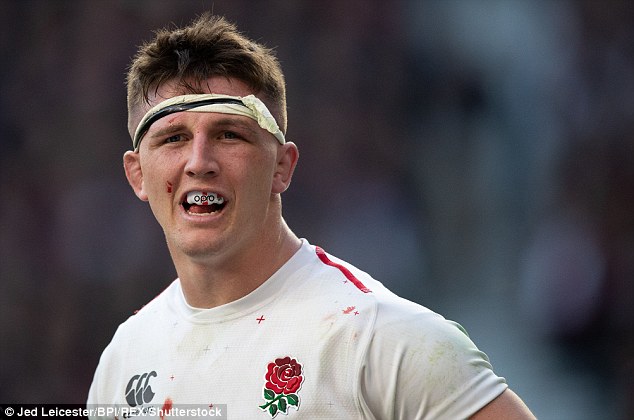 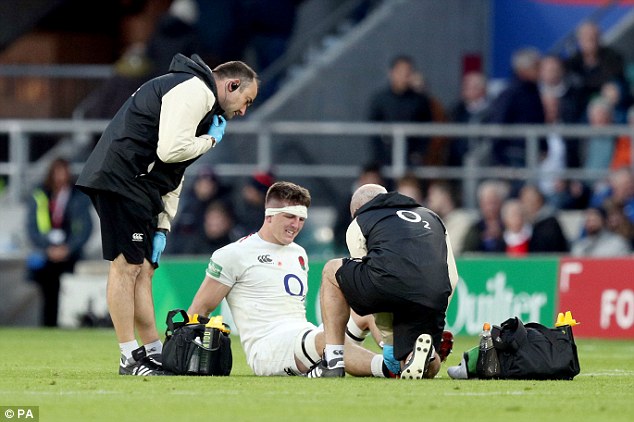 In only five appearances Curry has become an automatic pick at openside, the 20-year-old impressing during the summer tour to South Africa and in Saturday’s win until injury struck.

‘Tom injured his ankle and we don’t know how long he’ll be out for, but he won’t be back for our next three Tests,’ Borthwick said.

‘He’s a fantastic young player and we saw that in the game time he had against South Africa at the weekend.

‘He’s got a fantastic future ahead of him. I know that with his attitude he’ll come back in even better shape than he is now.’ 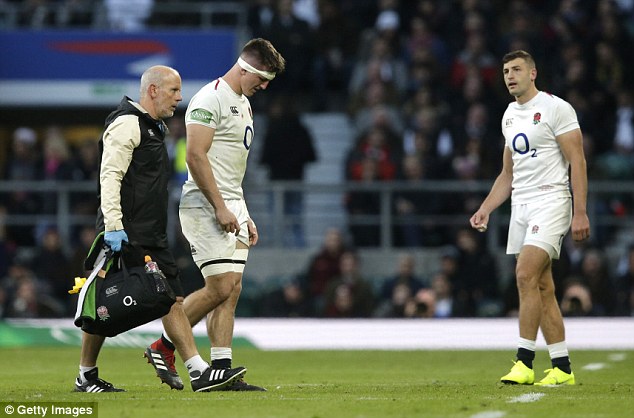 England have otherwise been given a clean bill of health ahead of Saturday’s visit of New Zealand to Twickenham.

Manu Tuilagi will take a full part in training this week after recovering from the minor groin strain that ruled him out against the Springboks.

Courtney Lawes is also available having overcome a back problem that forced him to miss the same match, while there is no concern about the bang to the hip Owen Farrell took on Saturday.

Who will Warren Gatland pick on his Lions coaching team?

Three in frame for half-back role as Rebels confirm roster