England are less than 72 hours away from their opening autumn international against South Africa but that hasn’t stopped them trying their hand at another sport.

England are currently in Portugal as they train in a warm weather climate before coming against the Springboks in the first Test of their autumn international series.

And on Wednesday, Eddie Jones’ men took to the pool for a recovery session ahead of Saturday’s Test at Twickenham. 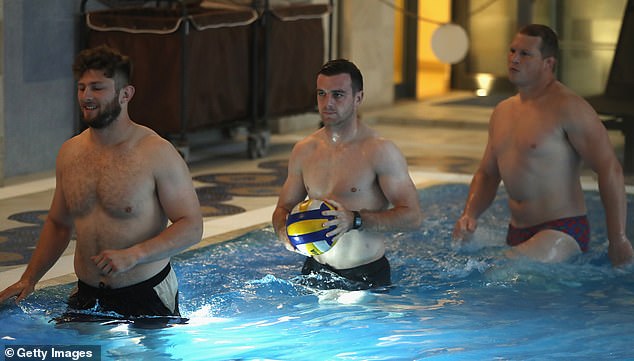 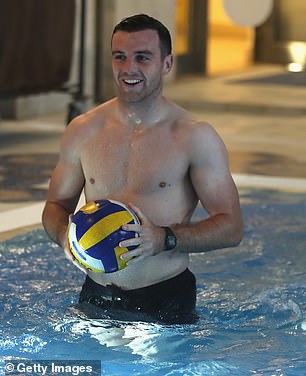 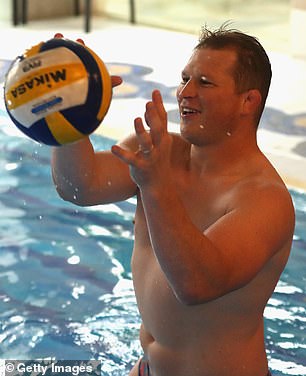 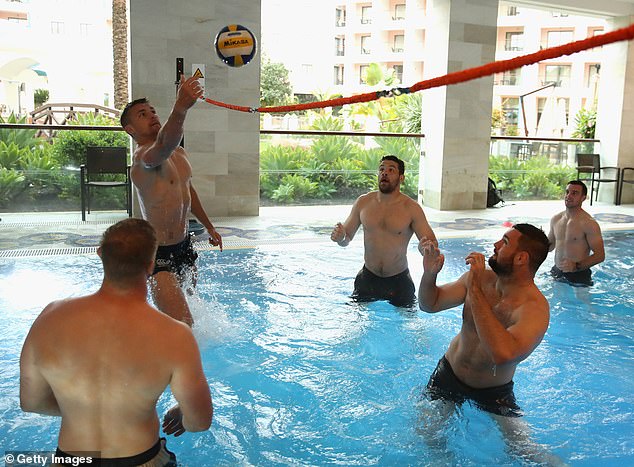 Co-captain Dylan Hartley was among those present as he enjoyed a game of water volleyball.

The England hooker was joined by the likes of Henry Slade and George Ford as they enjoyed a light-hearted game at their Hilton Hotel base in Vilamoura.

Alec Hepburn and Zach Mercer were also present after being retained by Jones in his whittled down squad that was announced on Tuesday.

Stalwart full-back Mike Brown was sent home from the Algarve and back to his club, along with nine other players deemed surplus to requirements for Saturday’s opening Quilter International Test of the autumn series.

There were some notable shocks as Ben Morgan, the only remaining No 8 specialist, and new flanker Michael Rhodes – who appeared on course for an international debut against his home country, were also released.

As expected, Northampton lock Courtney Lawes has been deemed unavailable for the first of four matches at HQ next month, but he will stay with the squad here in Portugal to continue his rehab work, in a bid to shake off a back problem. 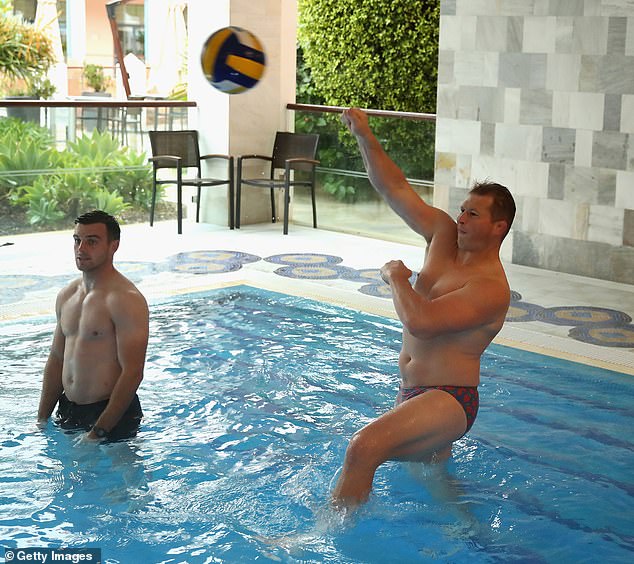 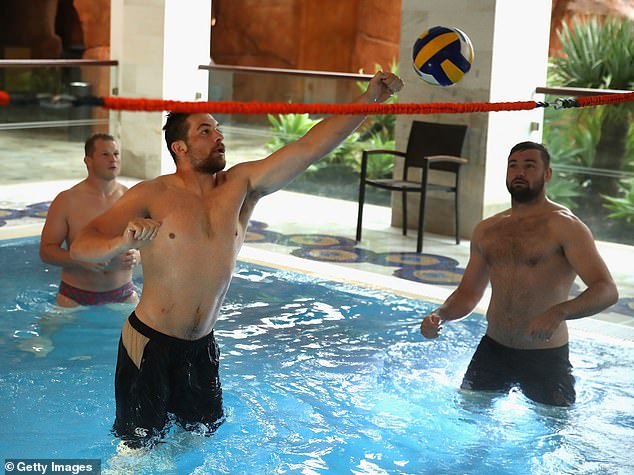 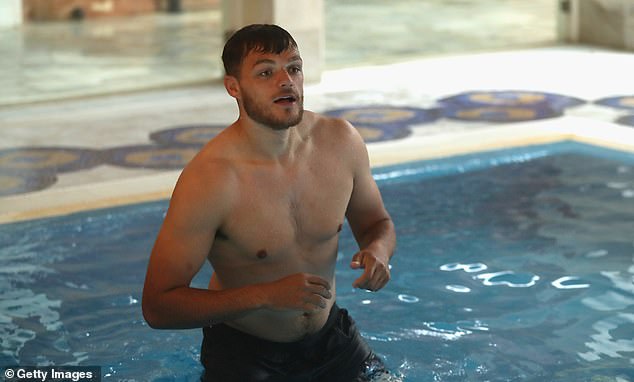 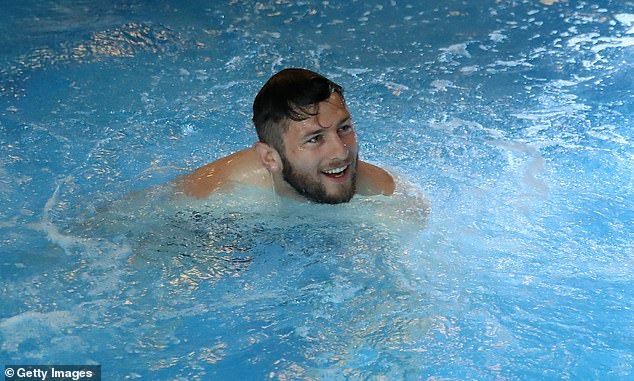 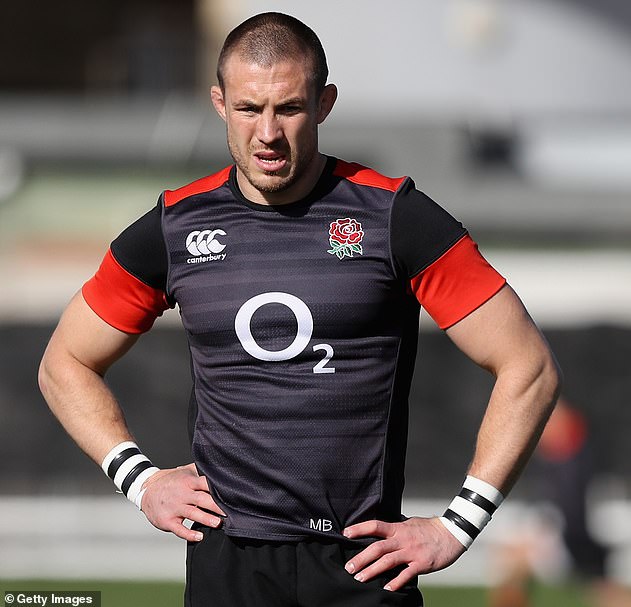 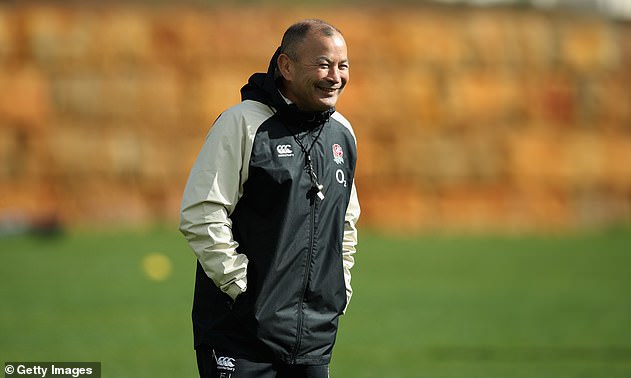 Pressure mounts on Leicester Tigers board