Chris Ashton will make his first England start since 2014 against New Zealand on Saturday, live on Sky Sports.

Head coach Eddie Jones has made three changes, with Exeter prop Ben Moon and Bath flanker Sam Underhill also coming into the side.

Tom Curry misses out due to injury while Alec Hepburn and Jack Nowell drop to the bench.

Second rower Courtney Lawes is fit again after a back injury and he will be among the replacements at Twickenham.

Sale wing Ashton has been capped 40 times by England and scored a try when they beat New Zealand in 2012 but has not been in the line-up since a 2014 loss to the same opposition.

England beat South Africa 12-11 last weekend and will now bid for a first win over the world champion All Blacks since that 2012 encounter.

Jones said: “The expectation for Saturday is no different to any other Test match. 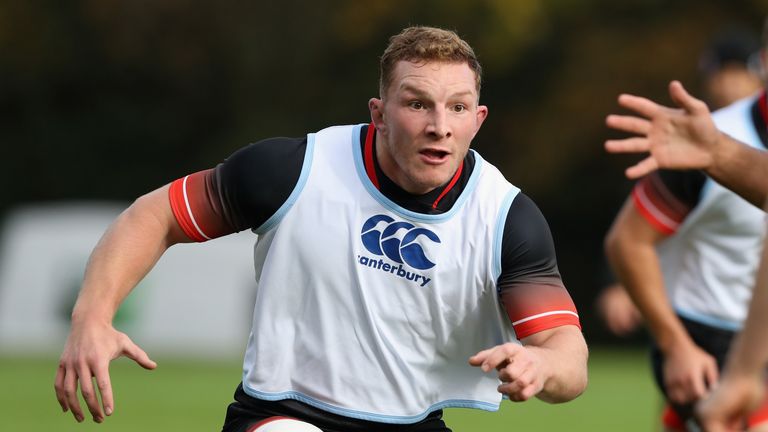 “We want to be at our best, better than we were in the previous Test match, and we want to play with pride and passion which ignites the fan.

“It’s been a good week, the players have recovered well, trained well on Tuesday, exceptionally well on Wednesday and we look forward to the challenge of taking on New Zealand on Saturday.

“The crowd last week was wonderful. We had great support and enthusiasm for the game and they saw a great Test match, and I’m sure on Saturday they will see another.”

#Followtherose this autumn with all of England’s Tests live on Sky Sports throughout November. The action continues on Saturday against New Zealand before clashes against Japan and Australia

CHRIS FOY: Bath are on track to bring back the glory days