Exeter lock Jonny Hill will be free to play in both the European and Premiership finals this month after he escaped a ban for a no-arms hit on Taulupe Faletau.

The 26-year-old was yellow-carded for smashing into the Welsh No 8 without wrapping his arms in the first half of the Chiefs’ 35-6 semi-final win over Bath on Saturday.

At the time referee Luke Pearce and TMO Wayne Barnes agreed the hit had not made contact with Faletau’s neck or head, more his back, so Hill received just a yellow. 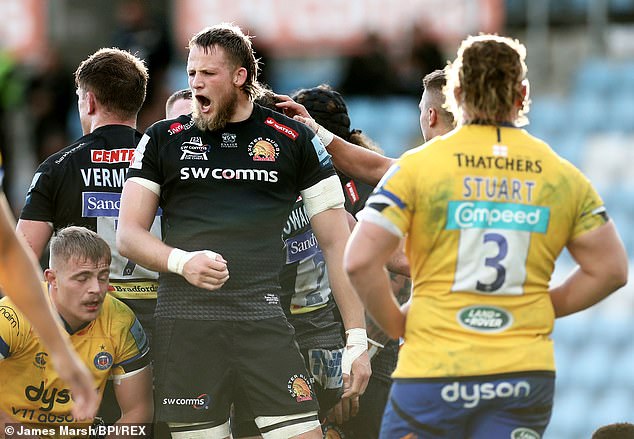 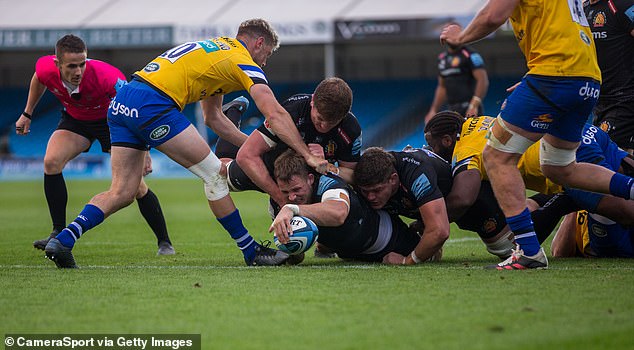 The RFU chose not to haul Hill in front of a disciplinary panel yesterday meaning the second row, who scored twice in the Bath win, faces no suspension.

Luke Cowan-Dickie, Stuart Hogg and Ollie Devoto also went over for Rob Baxter’s men in the semi-final and they will face Wasps on October 24 at Twickenham in what will be the Chiefs’ fifth successive Premiership final.

Before then, Exeter will go up against Racing 92 in the Champions Cup final in their maiden European final after an impressive 28-18 win over Toulouse last month. 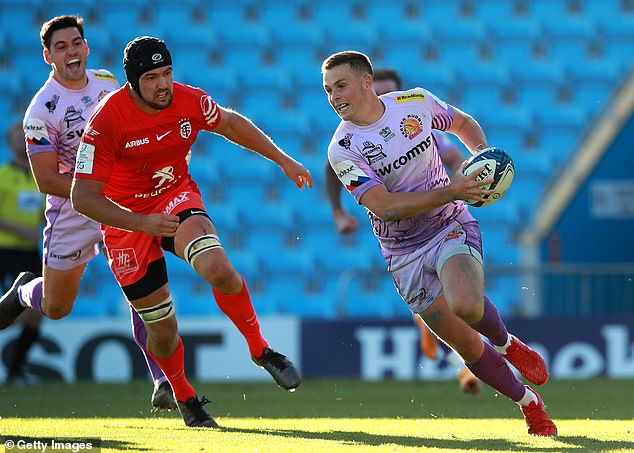 Meanwhile, the Welsh Rugby Union announced in their annual financial report they had suffered a £5.3million loss up to the end of June.

Chief executive Steve Phillips said: ‘There is no doubt that 2021 is when the full impact of this pandemic could be felt.’

Ahead of the autumn international series, Finn Russell and Richie Gray are in Scotland’s 40-man squad.

Munster blown away by ruthless Saracens

RFU will NOT ban 'Swing Low, Sweet Chariot' after review into history