‘My life was changed by homeless kids in Calcutta’: Forced to retire from rugby at just 27 following a long-term hip injury, Jordan Turner-Hall has been given a new outlook on life

Suddenly everything fell into perspective. The fear and self-loathing eased. Jordan Turner-Hall had been forced to retire at the age of 27 but the sound of street children singing in Calcutta offered a moment of realisation.

‘When you retire, it’s quite lonely,’ says Turner-Hall, now 32. ‘Suddenly you’re out of the loop. Out of the WhatsApp groups. You go out with your missus’ friends, or whatever, and it’s usually, “This is Jordan, the rugby player”. That’s quite a nice privilege to have. A conversation starter. Then when you retire, it’s “This is Jordan…” and you don’t know the rest of the sentence.

‘People don’t know what to say about you. It’s weird because you wouldn’t normally introduce Jonny the lawyer or whatever. In the world of professional sport, you get used to being on a pedestal. You get smoke blown up your a*** from a very young age. After all of that, who are you? What do you do? It’s a bit of humble pie.’ 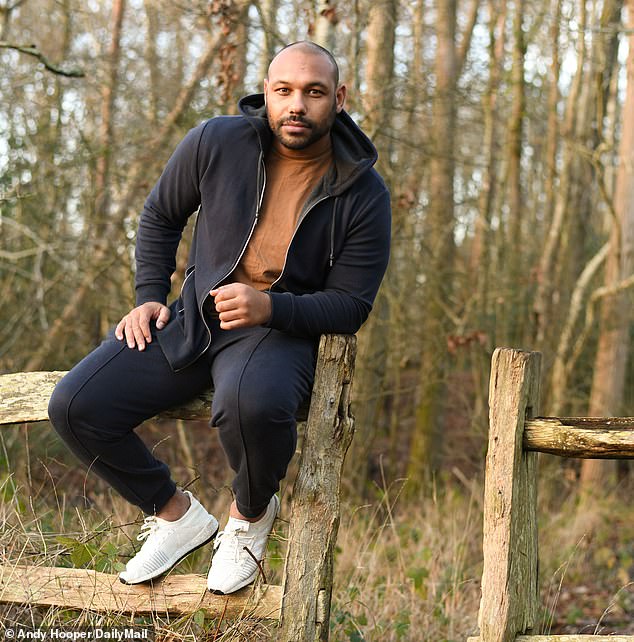 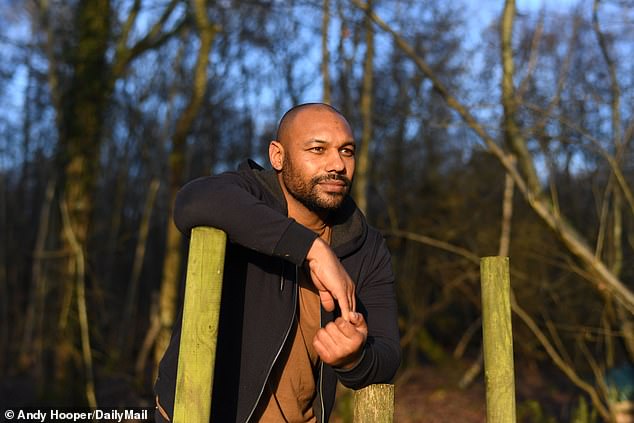 Doctors told Turner-Hall to hang up his boots because of a long-term hip injury. Before the official announcement was made, he flew to India with a couple of team-mates. They spent time with children who had no parents and slept in drug-ridden train stations and bus shelters.

‘We stayed in an orphanage and got up at 5am to coach rugby,’ he says. ‘The kids showed us around the house and they were all so proud of their bed, even if it was just a mattress on the floor. They would call you “Uncle” and they put on this talent show for us, singing.

‘I was going to have a son at the time and I cried. These kids were just so engaged. My dad died when I was 14 and it turned me into some kind of machine because I just channelled all my pain into training. I ran every night.

‘These kids had their own journey and motivation. They played a match against the police, who had probably beat them on the streets, but they didn’t try to land cheap shots. It was brilliant. Powerful.

‘I’d been licking my wounds about having to retire from rugby but here were these kids without a home. That made me realise that my life wasn’t so bad. It was grounding. They fed off our energy and it showed me the impact you can have on someone’s life. I suppose that’s what brought me into coaching kids.’ 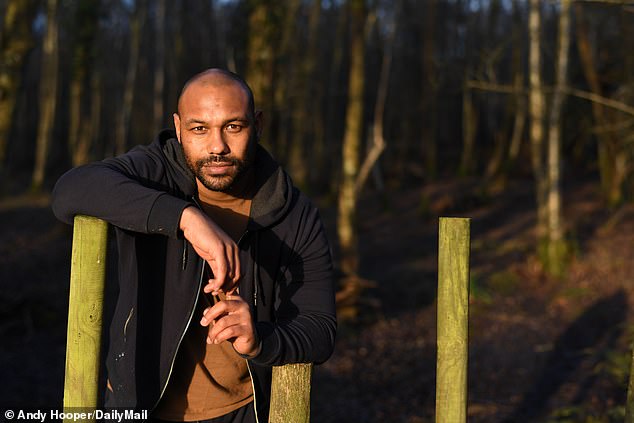 Fast-forward to this year and Turner-Hall has landed the ideal role as an academy coach back at Harlequins. Life came full circle and he moved back into his old house, which he had been renting out, with his wife and three children. However, in between, he has had to work his way through times of uncertainty.

‘I’d always had a pay cheque since I was 17,’ he says. ‘Something like paying my mortgage would never have even come into my head when I was still playing. It took me a while to appreciate money after I stopped playing. Suddenly you start to eat into the money you have stashed away and you can’t cover your outgoings. You can go from having a decent salary and all of your schedule planned out for you, to nothing.

‘I was fortunate that I had good people around me. I went along and started coaching for free at my local club in Hove. Then I was approached to coach at a local private school, Hurstpierpoint College, and it was about a year after retiring that I got my first pay cheque.’

He knuckled down and did not look back. He made 181 appearances and earned two England caps before having to retire. He then set about passing on his experiences to the next generation. 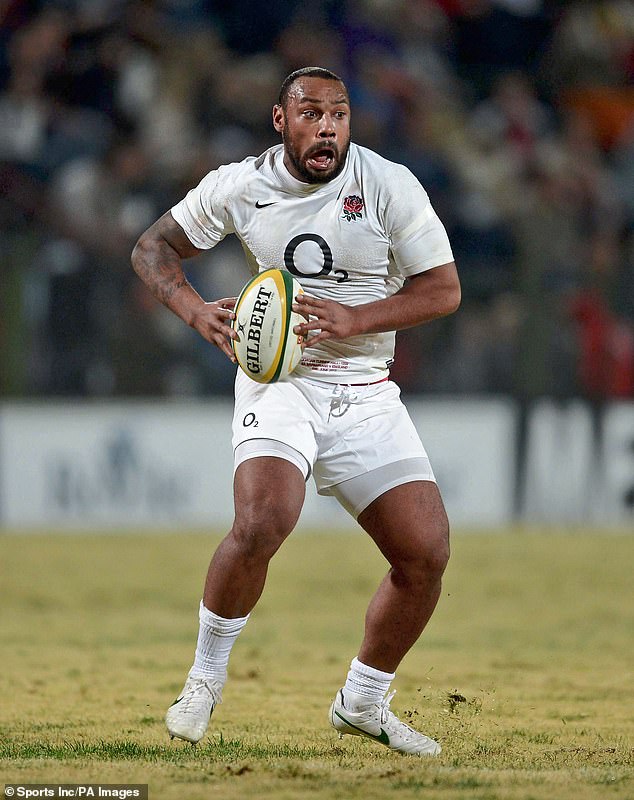 He still has his first England jersey and the shirt he wore when Harlequins won the Premiership final, both of which are stashed away in a box. ‘Would I have liked to play more for England? Yeah, but if someone had offered me a 10-year career with two England caps I would have taken it all day long,’ he says.

‘When I strip away the emotion, I played 181 times for Quins having spent the last three or four years injured. Would I change it? No way.

‘But I didn’t want to be that guy in the pub who was living off the back of winning the Premiership. I wanted to be known as a good guy with values. I’ve got a lot more empathy now I’ve retired. You notice if one of the players’ girlfriends has dumped them or their parents have split up.

‘I listened to an interview with Jamie Carragher the other day. He was talking about professional footballers becoming managers. He summed it up nicely. He said they go straight into it and don’t have any experience to fall back on. He said some coaches spend seven years in the mines before getting a top job. For me, that means coaching in schools, national league rugby and things like that. 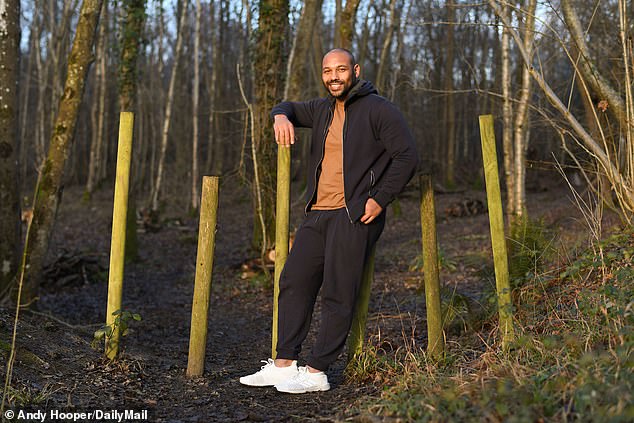 ‘I’ve been cutting my teeth for the last four years. Nick Easter gave me an opportunity with Wimbledon in National Two, then I went to Rosslyn Park, Westcliffe, Ipswich, Worthing. I’ve been getting my reps in and learning without the pressure of the top game. I just want to coach.

‘Paul Gustard has been a great resource for me and I want him to challenge me. I’m not precious. I just want to get better.’

The last photograph published of Turner-Hall was of him arriving at court in 2016, following a fight in a Brighton nightclub. He was found not guilty and he is keen to start writing the next chapter.

‘That was the last thing written about me and that’s tough because it doesn’t reflect who I am,’ he says. ‘I wasn’t guilty. Life can ground you but I have to be accountable for hanging around with the wrong people on the wrong night.

‘My mum always said to me, ‘The bigger the pain, the better the medicine’. You take the learnings from everything that happens in life. I saw it as a challenge because I wanted to put something in there that was worth reading.’

James Davies joked that it was about time he was picked