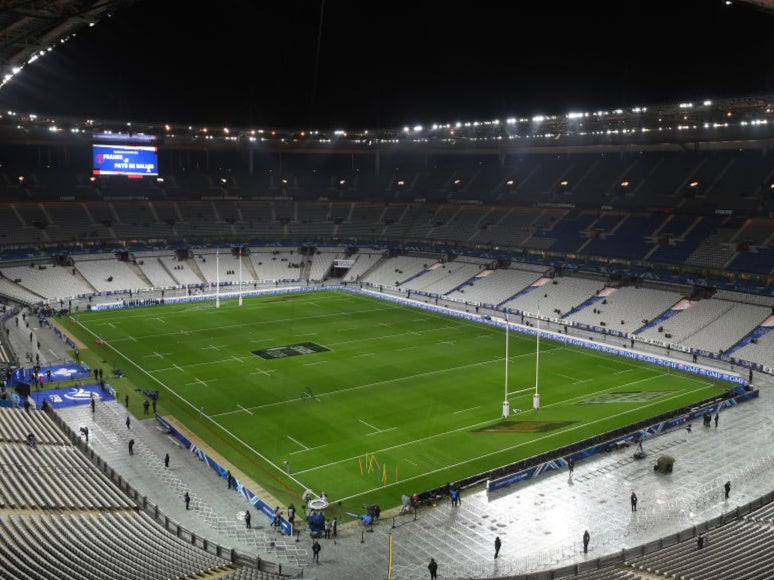 Follow all the action as Wales attempt to clinch the Grand Slam when they take on France in the Six Nations.

Wayne Pivac’s side have been in fine form, defeating Ireland on the opening weekend before Louis Rees-Zammit starred in a dramatic 25-24 victory against Scotland. Then came an impressive punishment of an ill-disciplined England side to clinch the Triple Crown before a crushing win against Italy. They have not always been at their fluid best, but have consistently managed to grind out victories and know a fifth Grand Slam in the Six Nations era is within their grasp. “We have a lot of experience to call on and that is a great place to be,” said Pivac. “That means they can focus on a performance and not be worried by external motivation. We know we are nowhere near perfect, but we have built as we have gone on, worked very hard and we are focused and motivated.”

France can still win the competition themselves, though, provided they secure a bonus point or deny Wales one. After defeating Italy and Ireland, Fabien Galthie’s side were thrown into disarray by an outbreak of coronavirus, which caused their match against Scotland to be postponed. Les Bleus have a dizzying array of talent at their disposal and start as favourites, despite suffering a last-gasp defeat at the hands of Maro Itoje last time out. Follow all the action live below at the conclusion of Ireland vs England:

Eight carries for CJ Stander today, relatively tame by his standards, but each delivered with meaning as he says an Irish goodbye. He will almost certainly lead the Six Nations carrying charts again, however, and I believe finish up third on the all-time list behind only Sergio Parisse and Brian O’Driscoll.

England end as they began

That was all incredibly lacklustre from England. Having played with such energy, freedom and control last week, it was all rather flat and sloppy again as Ireland won the physical battle and England failed to cope. It was remarkably similar to the Scotland game in the opening round, momentum settling Ireland’s way and never relinquished once it was claimed. Serious questions, again, for Eddie Jones – perhaps his players needed some “rat poison” in their heads?

Warren Gatland’s watching eyes would have been rather more impressed by those in Irish green than English white. Tadhg Beirne was outstanding, again, and Robbie Henshaw too – you’d say both would be certainties for the Lions squad now after strong tournaments.

Conor Murray and Johnny Sexton provided the control, and England’s set-piece and aerial errors condemned them to another bad defeat.

For the last time in an Irish shirt CJ Stander shares a big hug with his team mates, job having thoroughly been done in Dublin. England arrived optimistic after finding a performance somewhere near their best against France last weekend, but tumbled back towards their worst as Ireland dominated.

After four consecutive defeats against Eddie Jones’ side and four consecutive out-musclings, Ireland’s forwards were physically immense, and with accuracy both with the boot and in possession, victory was convincing.

Hugo Keenan has been forced to read England’s last rites from scrum-half with Conor Murray off, but opposition is limited as England confront defeat. A couple of phases, clock into the red, deep pass from Keenan and away the ball flies. A long blast of Mathieu Raynal’s whistle – a comprehensive Irish win confirmed!

There’s the try! It had to come, really, with Ireland down two men, but it was very nicely finished by England. Ben Youngs, from a stable base at the back of the scrum, whips the ball to his makeshift fly-half, and Dan Robson’s wide pass is deliciously weighted to allow Jonny May to arrive on to it at speed and evade the last defender racing across and score.

Elliot Daly converts superbly from the left, though it’ll count for little.

England appeared ready to take a tap and load up for another series of launches at the line, but Mathieu Raynal slows them down so he can have a quick chat with some of the forwards eyeing another jostle a little too closely. England thus opt for a scrum with a two-man advantage in the backs.

Maro Itoje plunges to within about a metre. Jamie George is the first receiver and dropped behind the gain line, but Ireland are offside. Ben Youngs for the score…knocked on with line within reach!

YELLOW CARD! Conor Murray was the player in front of the hindmost foot, and given the succession of penalties and the area of the field, Raynal has few hesitations in again going to his pocket. Ireland will finish with 13 men.

Relief for England as Mathieu Raynal’s whistle for once heralds the awarding of a penalty their way. To the corner, and another penalty for a deliberate knock-on.

Tapped again, and on we go as England look to find the final five metres by the posts.