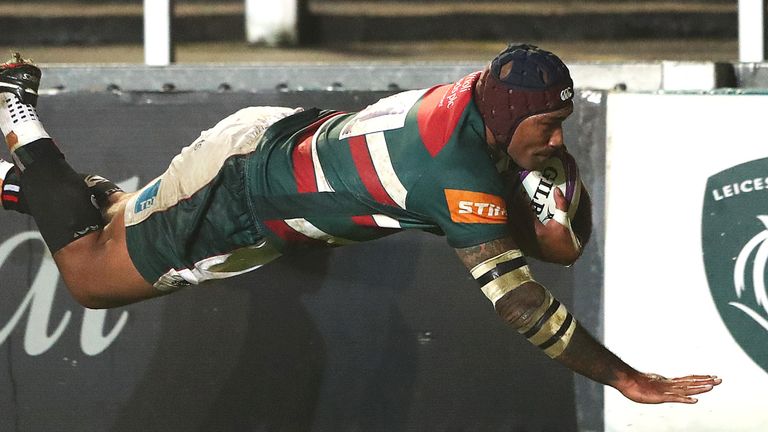 Three tries in the final 20 minutes helped Leicester to a bonus-point win over Brive in their opening match of the European Rugby Challenge Cup.

A convincing win and a perfect start in #ChallengeCupRugby for @LeicesterTigers! 💪

Who impressed you most? pic.twitter.com/0DChzjwK7w

A cagey start saw the teams tied at six points apiece before Tom Youngs crossed for the first try in the 32nd minute.

Tigers led 14-6 at the break and it remained tight until Ben Youngs scored the second try in the 64th minute. Wesley Douglas closed the gap with the French side’s first try but late scores from Cyle Brink and Nemani Nadolo finished off a 39-17 victory.

A brilliant comeback from @cardiff_blues 👏

5 points down at the break, they fought back to power past @FalconsRugby on the road 💪#ChallengeCupRugby pic.twitter.com/5rTOh3YPcP

Falcons were ahead at half-time thanks to converted tries from George Wacokecoke and Sam Stuart.

But the lead was narrow and a Teddy Williams score in the 48th minute saw it change hands. The visitors were never behind after that and a penalty try late on ended all hopes of a Newcastle comeback.

Benetton secured a first win over Stade Francais with a convincing 44-20 victory at the Stade Jean Bouin.

An incredible win on the road for @BenettonRugby 🦁

They claim the first victory of the 2020/21 #ChallengeCupRugby 👏@SFParisRugby just couldn't deal with them as the Italians crossed the whitewash seven times 💪 pic.twitter.com/OvSF49Pufe

The Italians ran in seven tries, three of which came in a 10-minute period during the first half from Dewaldt Duvenage, Leonardo Sarto and Jayden Hayward that set the tone.

It was 25-8 at half-time, and both teams were then reduced to 14 men at the start of the second half when Stade Francais flanker Charlie Rorke and Benetton wing Sarto were shown red cards following an altercation.

Tommy Allan crossed for Benetton and then converted his own score to extend the lead to 32-8 and, although the French outfit closed the gap, a comeback was never on the cards.