Harlequins 39-29 Sharks: Nick Evans shows England blueprint to entertain in final game with Quins before he joins up with Steve Borthwick’s side

Nick Evans will make the short trip to Twickenham Stadium with a spring in his step. In his final match before he joins up with England, the Harlequins assistant watched on from the raised coaching platform as his team rediscovered their verve.

With Marcus Smith back in the No 10 jersey, Quins secured their first victory of 2023 in style. Their forwards muscled up against a South African pack featuring internationals Siya Kolisi and Eben Etzebeth, leaving the backline to apply the sprinkle of stardust.

If Evans can drip-feed this attacking philosophy into the England ranks, then the national team will be in good stead. Nobody left disappointed. Entertainment for all. 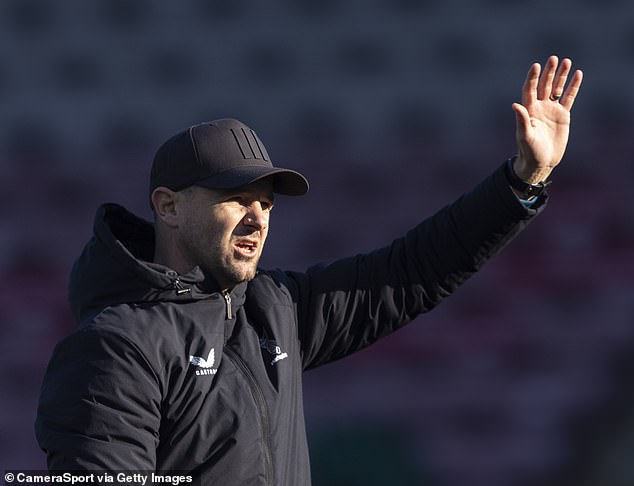 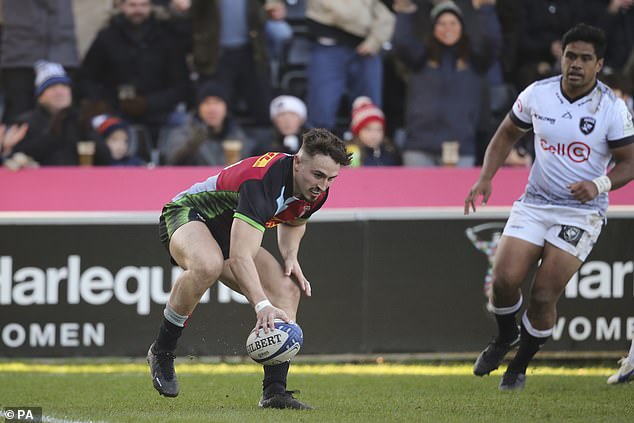 Quins booked their place in the last 16 and sent off their five England internationals with no injury scares.

Having flown over from Durban in economy, the visitors took an early lead after just 98 seconds with a moment of first-phase brilliance from Lukhanyo Am. However, the lead did not last.

Quins upped the tempo, with Danny Care taking quick taps and speeding up the ball around the ruck. It left the defence scrambling as Care sniped down the side of a breakdown to snatch the lead. Capitalising on the tourists’s high penalty count, Alex Dombrandt scored Quins’ second inside 10 minutes, unpicking the South African line-speed. 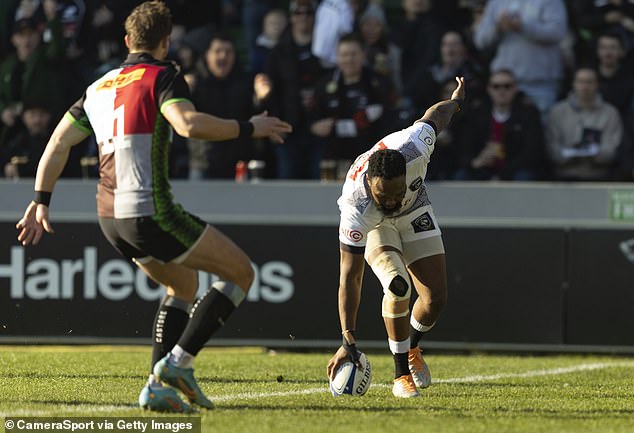 ‘We know South African defences are going to be very physical and come off the line really hard, so it was just about our timing,’ said winger Cadan Murley. ‘We were pulling it really deep, almost trying to pull them out of the line, and Nick David made a great break for Dommers’ try.’

Murley himself exploited an overlap to score Quins’ third but the Sharks, competing in this competition for the first time, were eager to put on a show. After a powerful charge out of their own half, scrum-half Jaden Hendrikse score down the right wing.

And Etzebeth narrowed the deficit to two points before the break, pick-pocketing Care at the back of a ruck. Hooker Kerron van Vuuren hit the ruck with such force that Quins prop Joe Marler became detached at the back of a caterpillar set-up, playing Etzebeth onside to snatch the ball and scored from 40 metres out. 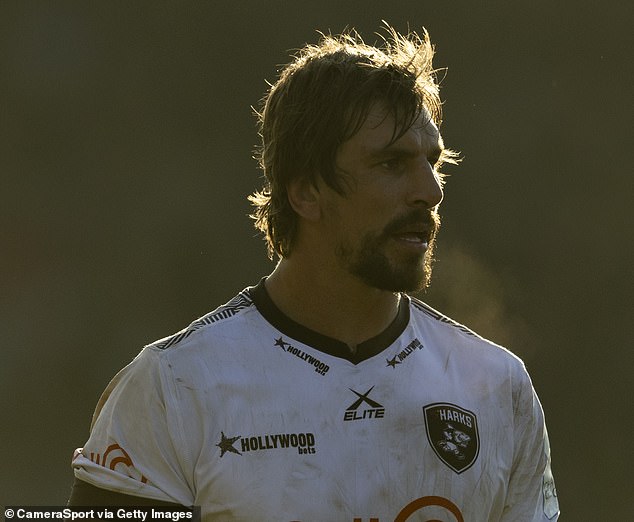 ‘There was one earlier in the game where I was a bit overexcited and almost slipped before I picked the ball up,’ said Etzebeth of the controversial score.

‘It’s normal to put pressure on other team’s breakdown when they try to exit from their own half. One of the guys counter-rucked, Marler lost his long-arm bind and I went for it. The ref didn’t penalise me because the rule is that the ball is out.’

With the Sharks penalty count at 10 to one early in the second half, lock Stephan Lewies scored from a maul to secure an important bonus point for the hosts. 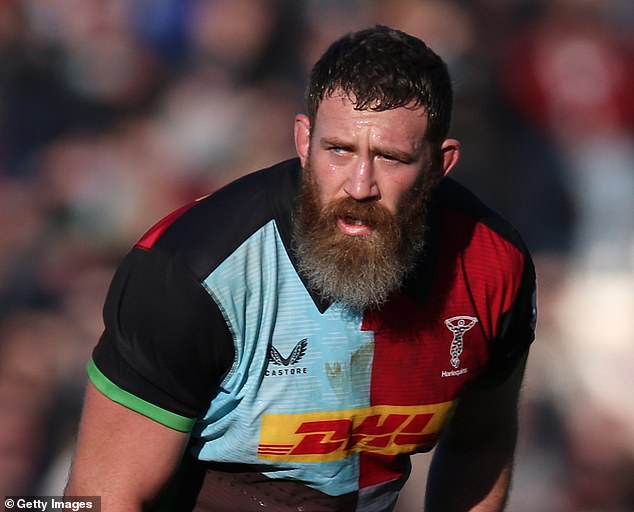 Full-back David was next to join the party, running the ball back from his own 22. He poked a grubber kick through the defence and sprinted clear of half a dozen white jerseys to score.

‘We knew it would take 50 to 60 minutes to wear them down and we knew opportunities would come out of it,’ said Quins coach Tabai Matson. ‘I’m glad it went to plan. It’s been five weeks since we’ve won so to be back in the winning circle, playing in a manner we’re really proud of and delivering a good performance with five tries. It’s a great feeling.’

The Sharks were repeatedly knocked back by dominant hits from the likes of Lewies and Irne Herbst. They were frustrated at the ruck by Will Evans, who won five turnovers, but they struck in the 78th minute when Aphelele Fassi scored to lock down a bonus point.