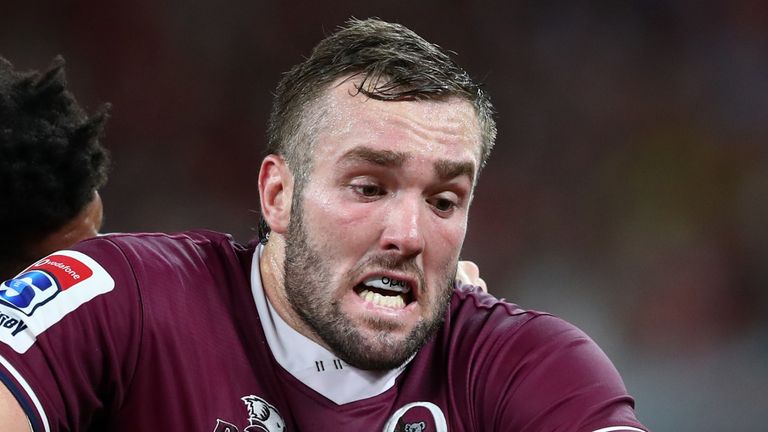 Izack Rodda and two other Queensland Reds players who declined pay cuts during the coronavirus lockdown have terminated their contracts with Rugby Australia and Queensland Rugby Union their manager has said.

Wallabies lock Rodda, fly-half Isaac Lucas and lock Harry Hockings, were “stood down” by the QRU on Monday after refusing to accept salary reductions or to sign up to the government’s JobKeeper programme.

The Australian Associated Press quoted their manager Anthony Picone as saying the players had reached their decisions because of the enormous uncertainty surrounding the financial state of rugby, including the lack of a broadcast deal, and ability for contracts to be honoured into the future.

“This is their livelihood,” Picone said in a statement. “It is only reasonable that talented players want to secure stable employment during these times.

“Given the parlous state of rugby in Australia and Queensland, we offered the QRU the opportunity to deal with these matters in private and confidentially. This offer was rejected.

“It would be wise for the Reds and RA to maintain amicable relationships with these players.” “The future is uncertain, but we should always have as many players in the tent as possible. South Africa have jumped the gun on us in this space and they won the World Cup with a unified squad selected from all around the world.”

Rodda, who has 25 test caps for Australia, had been contracted until 2023 and was a senior leader in the Reds franchise. Hockings, widely touted as a future Wallaby lock, is reportedly pursuing option overseas.