‘There are some world class players in that team’: Joe Marler has no concerns English stars will still make the Lions Test side in a lengthened season

Joe Marler has offered a different perspective on the perception that English players may struggle to make the Lions Test side in a lengthened season.

It was announced last week that the 2021 Lions tour to South Africa would be played over eight matches in five weeks – a reduction from 10 in six – and that Premiership players would not be allowed a week to train with their team-mates before departure.

Marler, a Lion in 2017, said while squads may have to be bigger to accommodate such an intense tour that will always include top English talent. 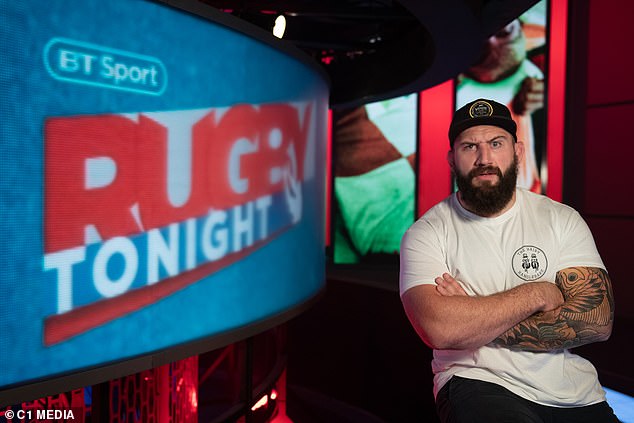 ‘It is going to be difficult, eight games in five weeks,’ he told Sportsmail.

‘But there are enough quality players from the four countries to have a big enough squad to cover the mid-weeks as well as the Tests.

‘Maybe if you look at it from a different point of view it would be a good craic – you have a big group of boys, more opportunities for fringe boys or guys who would have been on standby that you end up bringing in.

‘Until it gets there it is hard to work out. There is a lot of chat about forcing the Lions out, but it is what it is.

‘The Lions will want to pick their best players fullstop. Whether they have them for long enough or not. It is swings and roundabouts.

‘Yeah you want a team together to gel them quicker, but also you want the best players to compete against the best teams.

‘I am sure they’ll be a large number of English players still picked as there are some world class players in that England team. 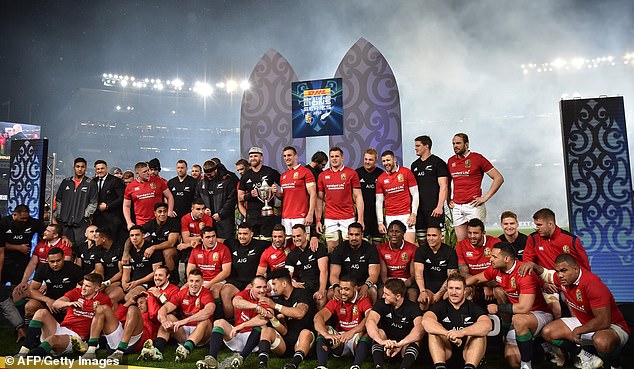 ‘You couldn’t turn round and say “oh well I don’t have him for two weeks so I can’t pick him”.

‘I do get that it might hinder some mid-week veg players like I was, but then it might not because you might be able to take a bigger squad because of such a tight schedule.’ Having retired from England duty at the start of the season Marler is loving spending more time with his family.

‘It has been delightful,’ he added talking on the set of BT Sport’s Rugby Tonight show.

‘My family and I had a great week together in West Sussex, only on the other side of the county in a little cottage which was chilled. I’ll be around for the next four weeks as opposed to not being which I have been in the past.

‘I am a happy chappy, and haven’t been this happy for a while.’

BT Sport brings you the moments that matter this season. Rugby Tonight brings you debate and action from the world of rugby. Coverage is on Wednesdays on BT Sport 1 from 8pm. Watch live on TV and via the award winning BT Sport App.

Ealing and Doncaster await verdict after applying to join Premiership