Justin Tipuric hailed Wales’ defensive resolve as they ended their decade-long hex against Australia in a low-scoring kick-fest.

Warren Gatland’s men won 9-6 in Cardiff – their lowest scoring Test for 30 years since beating England 11-3 in 1988 – to put a run of 13 consecutive defeats against the Wallabies to bed.

And man-of-the-match flanker Tipuric was at the heart of it. 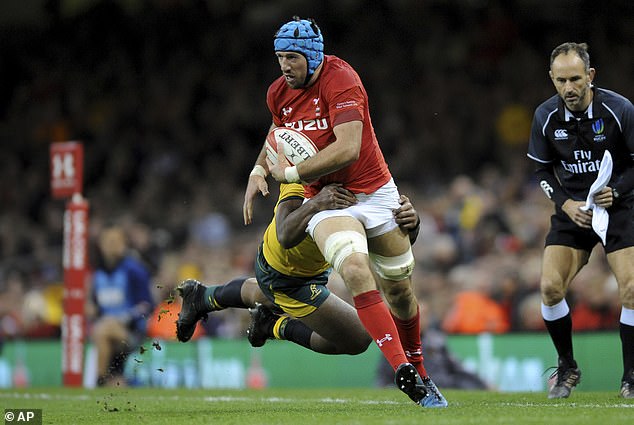 ‘It is nice to finally get a win over Australia, that’s seven wins in a row so it’s nice to build momentum,’ he said.

‘There were two great defences out there, we pride ourselves on our defence and that is what won us that today.’

And captain Alun Wyn Jones was a relieved man too.

‘I think somebody reminded me I was the sole survivor from 2008. We’ve lost by many a fine margin and today, I’ll be honest, we won by a fine margin. I’m proud of the boys.’ 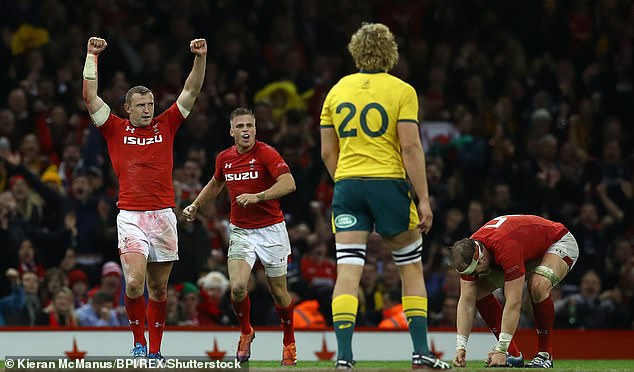 Wales have now won seven Tests in a row – their best run since 2004-05 which included a Six Nations Grand Slam.

And boss Warren Gatland was elated at that feat.

‘It’s probably the most comfortable we’ve been defensively against Australia,’ he said.

‘That’s seven in a row for us now, we’re in a really good place building up for the next 12 months.’ 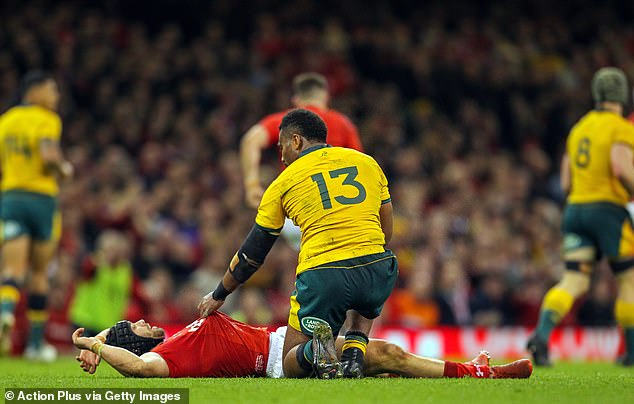 But he was unhappy with Samu Kerevi’s late hit on Leigh Halfpenny.

‘He’s gone for the charge down and just stayed in that position,’ said Gatland.

‘You can move your shoulder out of there and have less of an impact on Leigh. I thought it warranted a penalty or a yellow card, but I’m not the referee.’

‘Credit to Wales, they stuck at it, it was a real grudge match, a real Test match, congratulations on Wales on the win, (but) that really hurts.’