Springboks’ captain Siya Kolisi reckoned their knife-edge series win over the Lions will have given the nation something to ‘smile about’, and admitted it was strange celebrating in front of empty stands.

Covid restrictions meant all three Tests were played with no spectators present in Cape Town.

Kolisi, the man who skippered South Africa to World Cup glory two years ago, said: ‘It feels a little weird because the stadium is empty. 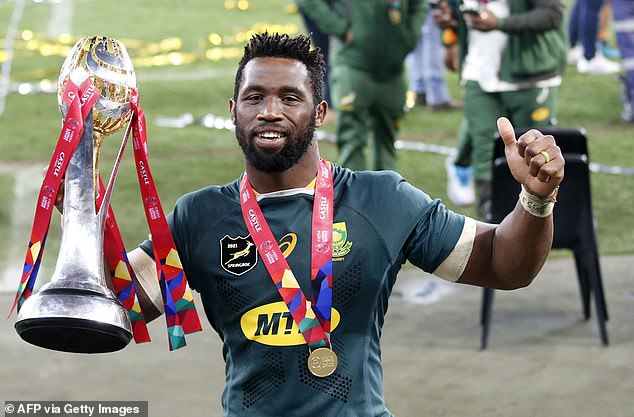 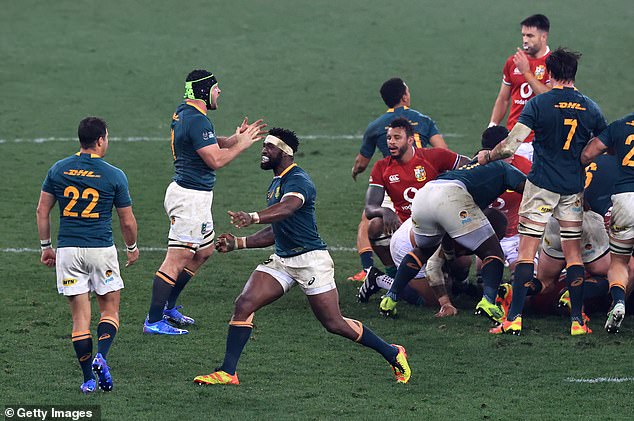 ‘I’m really happy for him and the team, so proud of them, especially with all the turmoil that’s going on.

‘I just hope we have given people something to smile about.

‘We knew we had to produce a big second half and we just tried to do everything better and harder. I’ll never get this chance again, to captain against the Lions, most of this team won’t get to play against them. 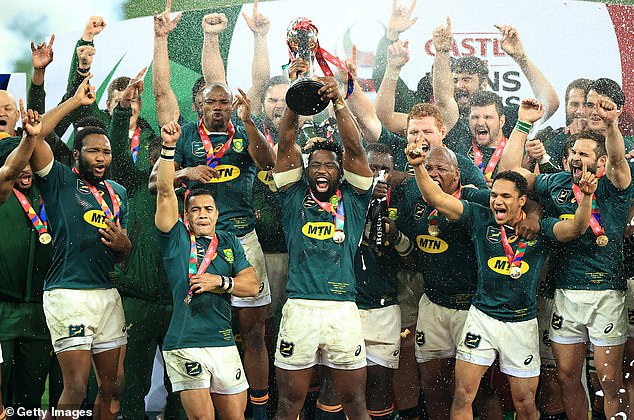 ‘Our successes are all team achievements. But what I would say to someone from a similar background is, you’ve got to believe and protect your dreams, no matter what your circumstances are.’

Winger Cheslin Kolbe was named man of the match after scoring the home side’s only try, a mazy effort past two Lions tacklers.

‘There weren’t too many opportunities for us as wingers because there’s a game plan we have to follow,’ he said. ‘But when they came we had to make sure we took them.

‘I’m just so happy for the boys. We knew it wasn’t going to be easy. It’s a privilege and an honour to wear this jersey.’

Dragons vs Edinburgh PRO14 fixture postponed due to coronavirus