In a competitive tussle in which a draw would have been fair, Exeter were rewarded for a strong final 20 minutes — a 24-20 win providing a morale boost after last season’s seventh-placed finish.

Tigers head coach Steve Borthwick expressed his disappointment at the loss, saying: ‘Exeter came out with a specific plan but we missed crucial opportunities. 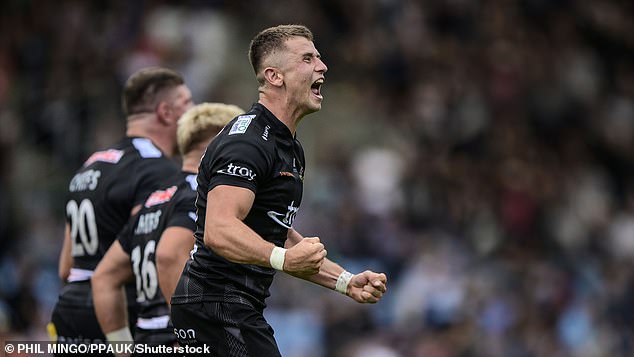 ‘Going down to 14 with a yellow card and losing Freddie Burns to a failed assessment didn’t help.’

Chiefs led 17-6 at half-time but gifted the Tigers a try soon after the break after Hanro Liebenberg capitalised on Simmonds’ charged-down kick. Tigers now had the momemtum and took the lead when hooker Charlie Clare crashed over.

But Exeter stormed back and were finally rewarded by Schickerling bundling over. 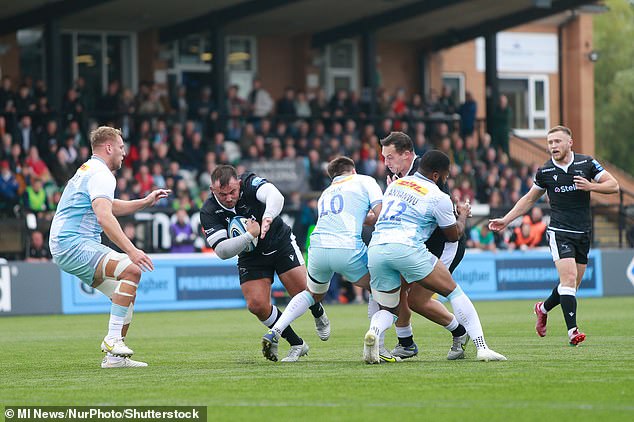 Meanwhile, Harlequins survived an opening day scare, defeating Newcastle 40-31 in what was a pulsating contest at Kingston Park.

There were 11 tries in total and Falcons had led 31-28 inside the final 10 minutes before England internationals Alex Dombrandt and Joe Marchant crossed late to seal a Quins victory.

And Harlequins coach Tabai Matson lauded his adventurous side afterwards. ‘One of the things I love about coaching this team is that they are so positive.’ he said. ‘We’ve taken five points, so it’s a stunning start and we are happy to be getting on that plane home.’ 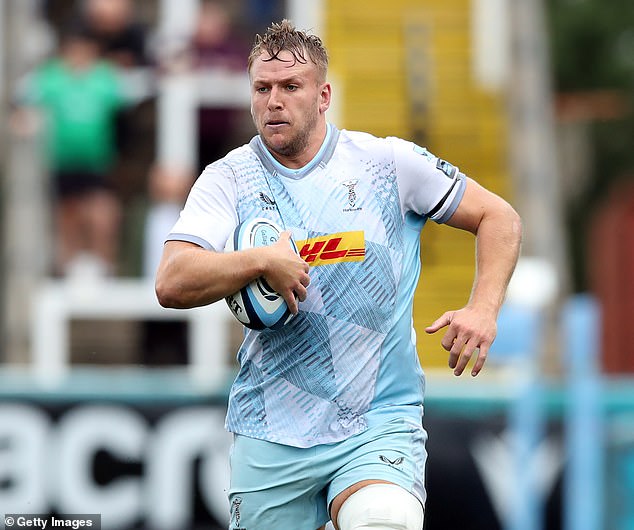 Although Quins made much of the early running, Newcastle wingers Adam Radwan and Nathan Earle both scored sensational solo efforts for Newcastle, putting them ahead at half-time.

The second period saw momentum swing back and forth. Tries from George Head and Lennox Anyanwu appeared to give Quins breathing space before George McGuigan and Logovi’i Mulipola hit back.

But Harlequins’ international quality shone through. Dombrandt muscled over to restore their lead before Marchant capitalised on a loose ball to wrap up the result with less than a minute left.

Farrell must stay on top of his game to be in England team, says Jones