Warren Gatland (right) with Lions players ahead of the second Test

It would be a huge surprise were Saturday’s game not to mark the end of Warren Gatland’s British and Lions head coaching career. Saturday’s Third Test in Cape Town against South Africa will be the New Zealander’s ninth in charge, his third deciding contest after a series in each of the Southern Hemisphere lands.

For better or for worse, this may be a game on which Gatland’s legacy hinges – win against the world champions and he will have two Test series victories and move into the pantheon of great Lions coaches with a series record without a defeat against his name.

“The pressure from players and everyone else is always about just winning,” said Gatland this week.

“Often it’s not about how you play, it’s just about the result at the end of the day.”

That may be a good thing after a turgid second showing. The Lions were curiously insipid in the Second Test, unable to best South Africa at what the Springboks do better than anyone else and unable to try anything against a fiercely intense defence.

A great deal more adventure is not necessarily to be expected in the final game. Gatland has spent some of the week explaining why kicking so often is, in fact, the prudent choice – South Africa, who kick more than anyone, are the world champions, of course. However, Gatland did hint that there may be a slight shift of emphasis to try to get the ball wide – one would expect Dan Biggar to pass the ball more than just the three times he did in the Second Test.

There are six changes, which means nine Lions start all three Tests, including the entirety of the second and back rows. That seems a surprise in such an abrasive series but Gatland has kept faith with a quintet that did at least maintain forward parity through 40 minutes in Cape Town last weekend.

Having been so dominated in the air in the second half, Josh Adams and Liam Williams are asked to provide extra aerial security in the back three, with Duhan van der Merwe retained. The Scotland wing did trouble Cheslin Kolbe in the air in the opening encounter and, if the Lions are able to play more broadly, he will have more to give.

Cohesion in the combinations is favoured – Wyn Jones belatedly gets the start he earned before the First Test after recovering from injury while, despite a tough outing from the bench, it is Scarlets and Wales colleague Ken Owens who will pack down to his right at hooker. In midfield, the Lions end as they started, with Robbie Henshaw and Bundee Aki together for the first time since the opening game against Japan. 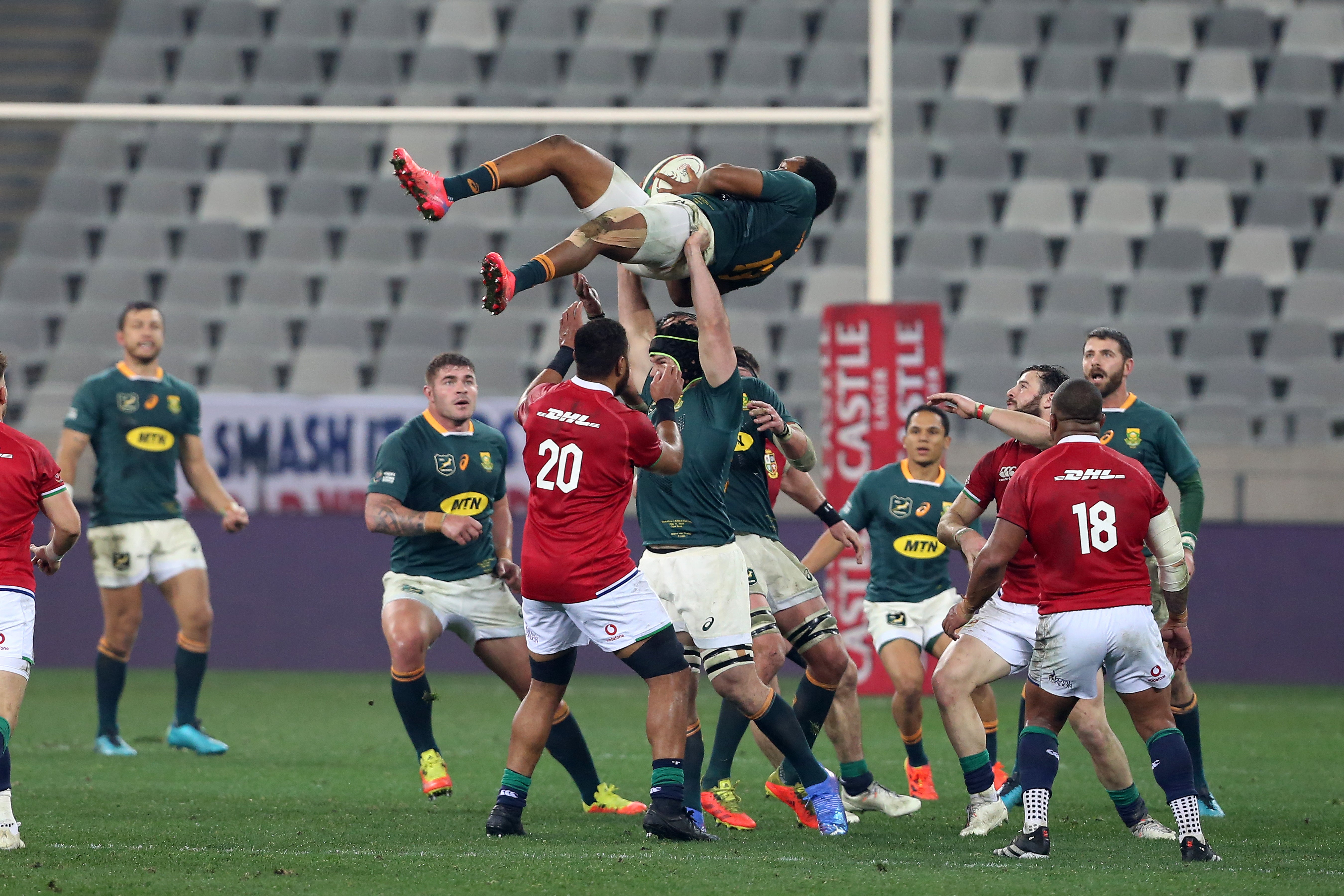 More excitement may lurk among the substitutes. Finn Russell is fit again and available to inject creativity if desired, while Sam Simmonds is also primed to make his Lions Test debut. Into what game the pair will be thrown remains to be seen – if the Lions are in retreat as they were at the hour mark last weekend then they will perhaps struggle to sparkle. Adam Beard is added to the bench in the hope that he may be a destructive influence on the maul that steamrollered South Africa’s path to victory a week ago.

Gatland felt that the drawn-out nature of the Second Test allowed South Africa’s heavier bodies to preserve their fitness, such were the regular, extended stoppages. His insinuation that the Springboks had been canny in creating that sort of game probably bears a degree of truth, but South Africa were comfortably the better side.

“You want that flow in the game. We’ve seen from other games that when we’ve had that tempo we’ve played some really good rugby.

“I think we got a little bit embroiled in the pushing and shoving and we need to stay away from that because we’ve got to concentrate on the rugby and let the referee make the decisions.

“We need to make sure we’re not grabbing and holding each other, with guys running in, pushing players in the back and those sorts of things.

“We’ve got to ignore that and make sure we get on and play the game properly.”

It is a tough ask against this defence. Since conceding two scores in their World Cup opener against New Zealand in Japan, South Africa have allowed just three tries in nine games. They kick long, chase hard, and then let Jacques Nienaber’s defence go to work. 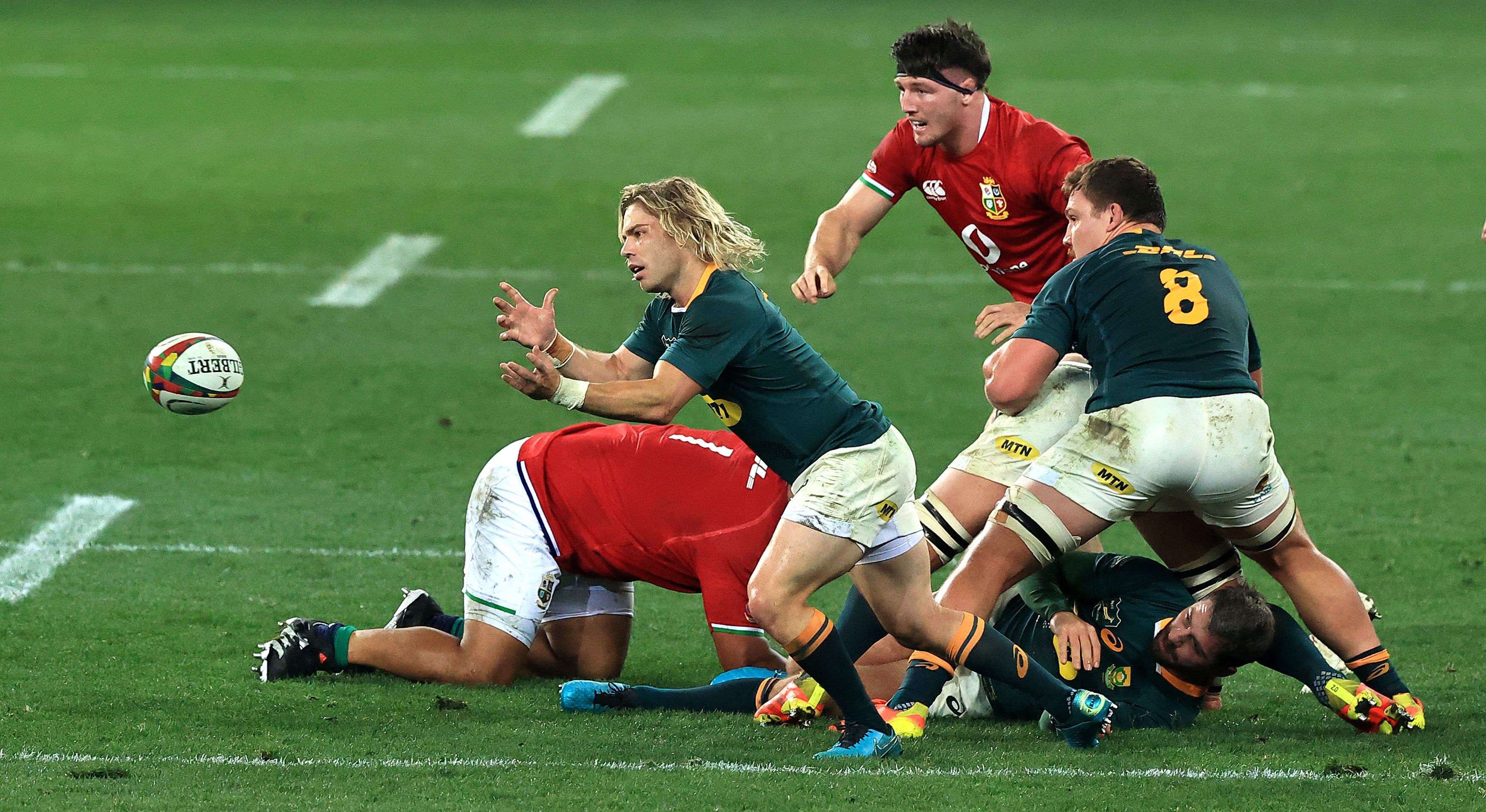 While it is the Lions who ring the changes, the South Africans have been more significantly weakened. Neither Faf de Klerk nor Pieter-Steph du Toit are fit enough to play any part in Saturday’s decider, robbing the rhythm-and-bruise orchestra of its conductor and lead percussive presence.

As it was at the end of the Second Test, Franco Mostert starts on the blindside with Lood de Jager alongside Eben Etzebeth in a mighty second row. Cobus Reinach is an exceptionally sharp replacement for De Klerk, though perhaps not quite as precise with the boot.

After the unsatisfying denouement four years ago in Auckland, Gatland suggested he would be supportive were provisions made to take the game to extra time in the unlikely event of another draw. It is, as he well knows, on results, not performances, that Lions series are remembered, though something replicating the 41-16 dismantling of Australia in 2013 – perhaps the archetype Gatland performance – would suit him nicely.

For while World Cup exits perhaps sting more in the immediacy of defeat, there are more international battles to be fought sooner after. After a Lions defeat, which would be the first for all but one of these players, there are four years to chew on missed opportunities.

As Gatland put it: “There’s nowhere in between – it’s agony or ecstasy.”

We have forgotten who we are, admits France veteran Olivier Magne