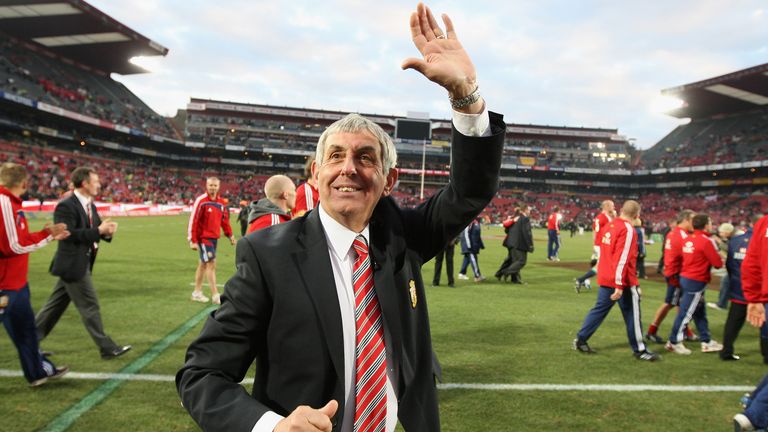 McGeechan had the honour of both playing for and coaching the Lions, being part of some memorable successes in South Africa where the latest generation of stars head to in 2021.

The former Scotland international speaks to Sky Sports rugby union commentator Harrison about being part of the 1974 tour, which was met with vociferous opposition from anti-apartheid campaigners.

There is also a look at the two series against the Springboks that McGeechan served as head coach for – the successful 1997 tour and the agonising 2-1 loss in 2009. Jeremy Guscott’s series-clinching drop goal, the notorious training drills devised by his assistant Jim Telfer and inspirational speeches are among the many subjects covered.

Plus, the 74-year-old gives his views on next year’s series and picks the man who he thinks should captain the Lions in South Africa in 2021, which will be live and exclusive on Sky Sports.