Michael Leitch was greeted with fan mail when he arrived at Japan’s team hotel this week. Hand-written letters from school children, idolising the man with the beard who became the face of the 2019 World Cup, his image printed on crisp packets and splashed across every billboard in Tokyo.

Half Kiwi, half Fijian, he moved over to Sapporo aged 15 to learn the language and play rugby. In a country not known for its diversity, he would become an unlikely symbol of the nation’s success.

‘It’s almost 20 years now since I moved over to Japan,’ he recalls, taking a break from preparations for Saturday’s Test against England.

‘I had a Kiwi father and a Fijian mother. Those cultures are like chalk and cheese, so I was an outsider in New Zealand and an outsider in Fiji. When I came to Japan I was a bit of an alien but I was flexible enough to navigate my way through Japanese society, picking up body language and key words.’ 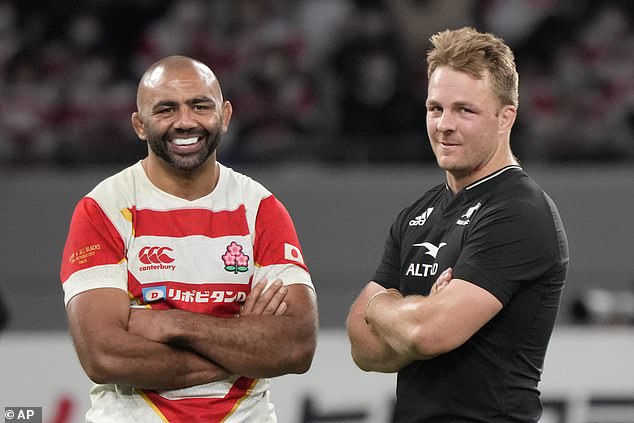 Pulling out a pink envelope with a note from a youngster who shares the same birthday, he continues: ‘We lost to South Africa in the 2019 quarter final, but we’d had them on the ropes. I kept asking myself: ‘If we’d played any other team, would it have been different?’ It left a really weird feeling in my gut. Not happy, not satisfied, because we’d lost.

‘I really wanted to carry on but, looking back, that team did everything they could to win. After we were knocked out I started going into the city for events. You’d see your face on all these billboards. I hadn’t paid much attention until then because I was so focussed but, flip, millions of people walk past those things. 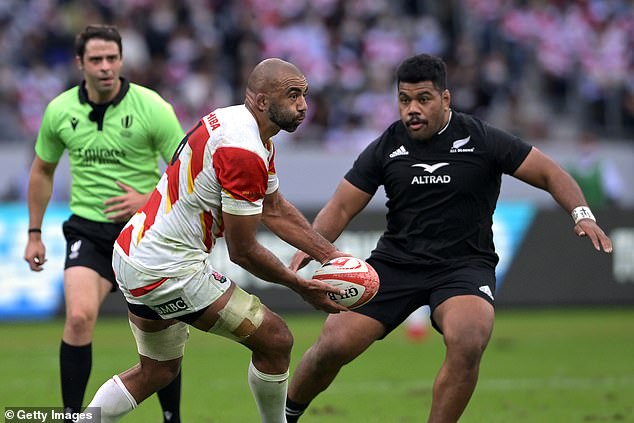 ‘It felt like I was representing so much more than just rugby. Japan was one of the last countries to let in the West and it’s slowly started to integrate. Before that, people would go on about there being too many foreigners. There’s a lot of foreigners now and it felt like a face of change. It was cool to be that bridge. Surreal. It almost felt like I was being accepted.’

Rugby fell in love with the Brave Blossoms and Leitch was their beating heart. Their fan base grew exponentially. Last month’s Test against the All Blacks sold out and the sport has become unrecognisable from what Leitch knew as a teenager.

‘When I moved over, we had a dirt pitch that was used by the baseball team. Half a field. Japanese rugby had died a bit after 1995 when New Zealand thumped us by 145 points. It took a long time to recover because the national team were considered a walkover team. 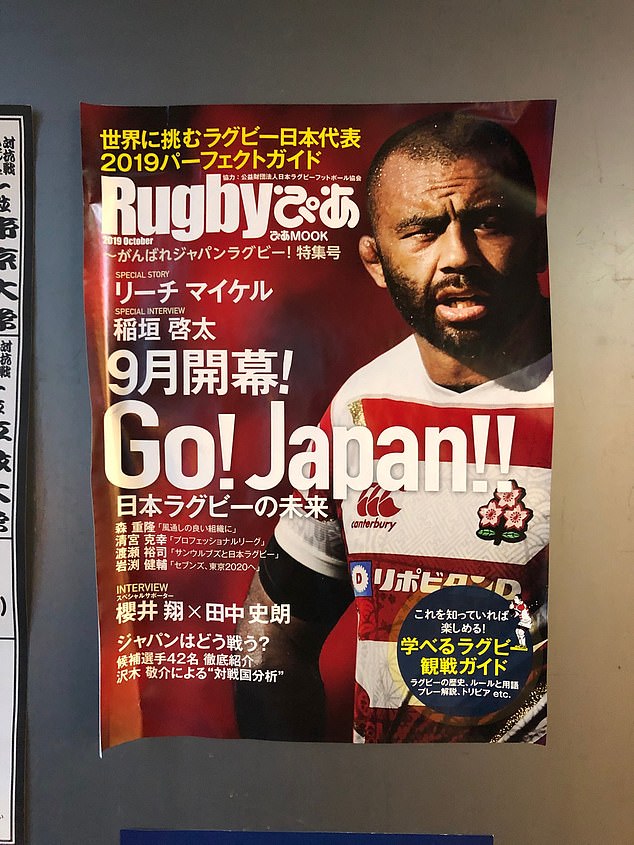 His picture was on crisp packets and in magazines. He was also splashed across billboards 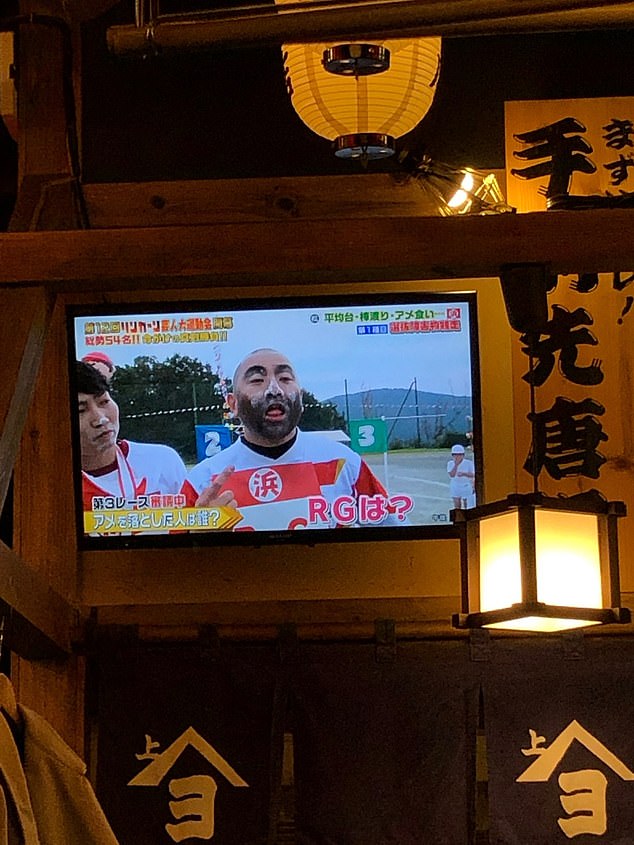 ‘Playing on those pitches, you learned how to roll out of tackles so your knees wouldn’t get cut up. All the guys on this team played on dirt pitches, they all know how to fall, but it’s slowly changing. After 2019, this donor, a doctor, came along to my high school, wanting to build an artificial turf. He put it in his will and a couple of months later there was this big green field.

‘When I look back, I’m blown away by how much Japanese rugby has improved. It’s hard to measure legacy but numbers at some clubs have grown 10-fold. It’s taken off.

‘Foreigners have moved over, married Japanese people and now their kids are starting to come through. They’re built differently. Everyone perceives us a small team but we’re not that small anymore.

‘We don’t get absolutely dominated at the set piece anymore. This team could be the beacon of Japanese society. We’ve got Japanese, Korean, Africans, Kiwis, Samoans, Tongans. We all come together and work towards a common goal. It’s special.’ 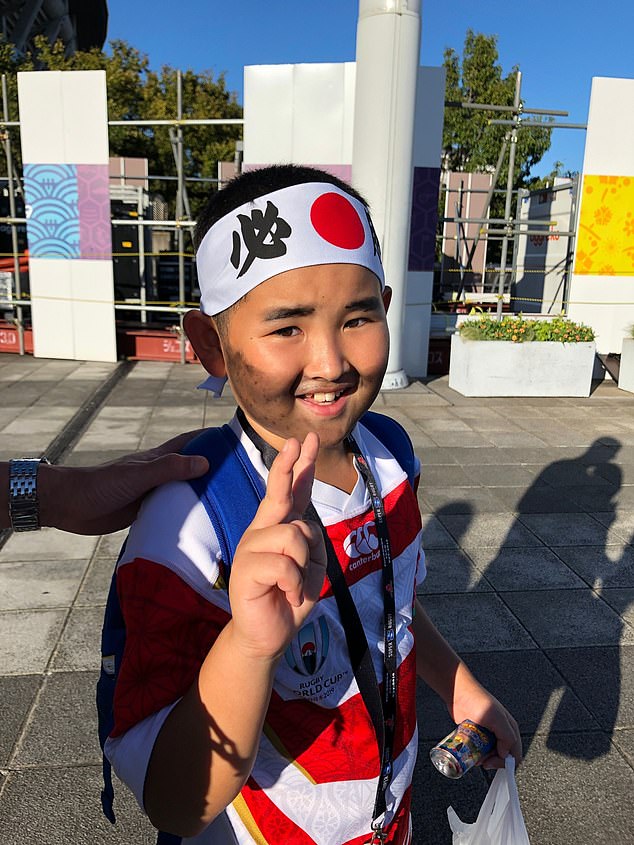 The evolving team hold fast to Japanese tradition, travelling with a samurai sword which is currently in their team room in Teddington. It represents their attitude towards work.

‘We have this figure of a samurai, called Katsumoto. We looked at the history of Japanese warriors, how they trained, how they thought about life and their craftmanship. The Japanese warriors were quick and nimble, always on the counter. The English knight was big with heavy armour, a heavy sword and used a lot of effort to crack down.

‘Our warriors were small but they were the most feared in the world, and their sword was superior to anything else. To get a perfect blade you need to iron out all of the impurities. You’ve got to keep hammering it to get rid of all the stuff that you don’t need, then you sharpen it. That’s how our team is formed. We talk about sharpening the sword.’

Narrowly defeated by the All Blacks, Japan have been sharpening the sword for Twickenham. Leitch will come up against his former coach Eddie Jones, another major presence in the rise of Japanese rugby over the last decade. 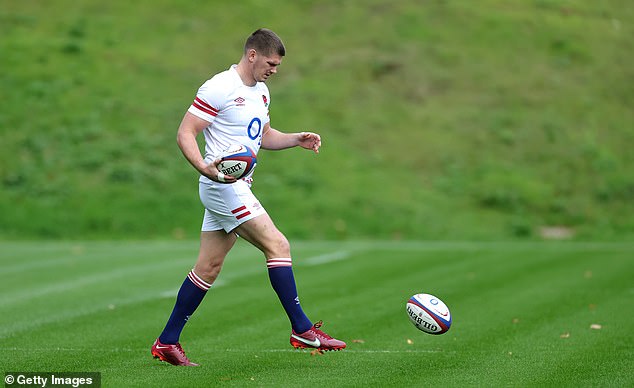 At 34, Leitch remains a force on the pitch, and will continue playing until he stops getting selected. Whatever his role in the future, he carries big dreams about where the national team is heading.

‘I want the Japanese club league to be the number one league in the world. If you can get the Itojes and Farrells to come in and play against Japanese players, boost the profile, it would be great. We used to get the retired All Blacks and now we’re getting prime All Blacks. Your McKenzies, Barretts, Saveas, Smiths.

‘The Japanese are very conservative but we’ve got to be courageous enough to say those big bold things. We deserve to be where we are now so we let’s start behaving like we belong here.’

Townsend: Rugby must do MORE to protect referees after Erasmus tirade