‘I’d put him there every game’: Owen Farrell will make England No 10 his own this autumn, says Jamie Heaslip

Jamie Heaslip has backed Owen Farrell to make the England No 10 shirt his own ahead of a daunting autumn series.

Farrell has played much of his international career under head coach Eddie Jones at inside centre with George Ford at No 10, while Danny Cipriani was offered the chance to impress during England’s summer tour to South Africa.

England take on South Africa, New Zealand, Japan and Australia in a daunting set of Test matches in November, but former Ireland number eight Heaslip, who toured with Farrell during the 2013 Lions series, believes the Saracens man can establish himself at 10 for his country. 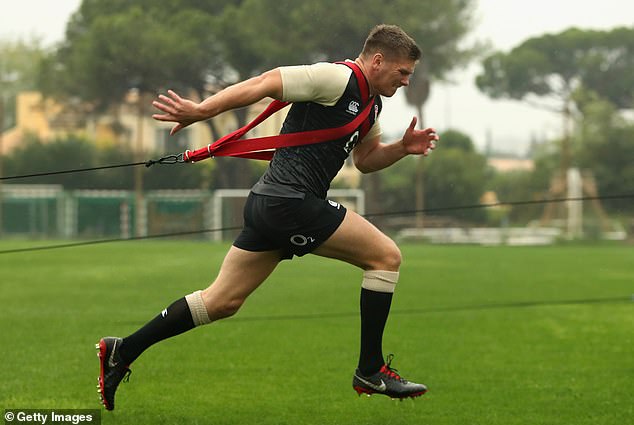 He said: ‘Owen Farrell would be my number 10, hands down.

‘He would be my pick. I have watched him, I have played against him, and I’ve played with him.

‘He is a true competitor, he is a really good orchestrator of a group and he has got an outstanding all-round game. That’s who I would go with, he’s such an outstanding player. I’d put him there every game, not just against New Zealand.

‘Danny is the talk of the town, whether he should be in the squad or not. Wherever Danny goes there’s always a lot of conversation. But you can’t deny how Gloucester are going with him there this year.’

Heaslip felt England could pull off a morale-boosting win against New Zealand on November 10, despite a disappointing 2-1 series defeat in South Africa this summer.

England also finished a disappointing fifth in the Six Nations, while Heaslip’s former Ireland team-mates delivered a third Grand Slam. Ireland themselves take on New Zealand on November 17 in Dublin.

Yet the 95-cap international, who retired in February, is certain Eddie Jones’ men will show their class again.

He said: ‘You don’t go back-to-back Six Nations and then all of a sudden are bad. 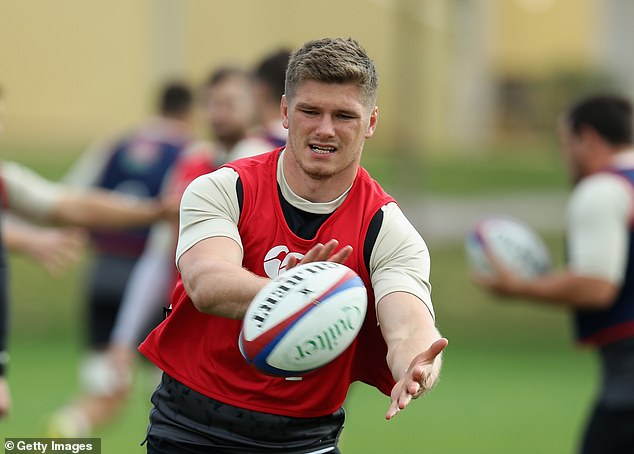 ‘I think they’ll learn from it, they will re-group, and it will be good to see where they are at. It’s a big season for everyone, it’s a World Cup year.

‘England were unfortunate in playing a revitalised South Africa and that took a bit of the shine off their progress under Eddie Jones.

‘They’ve got some really exciting games and they can take some scalps if they play well.’

Heaslip was part of the Ireland team who ended New Zealand’s record 18-match winning run with an historic 40-29 win at Soldier Field, Chicago, in November 2016 – their first-ever win against the All Blacks.

A 36-34 defeat away to South Africa in the Rugby Championship in September suggests the All Blacks aren’t at their imperious best, but Heaslip warned this meant little for the Northern Hemisphere sides.

He said: ‘South Africa showed up a couple of weaknesses in the New Zealand team and maybe they can exploit that. But the problem is New Zealand learn so quickly, so I don’t know if the same opportunities will be there next time. 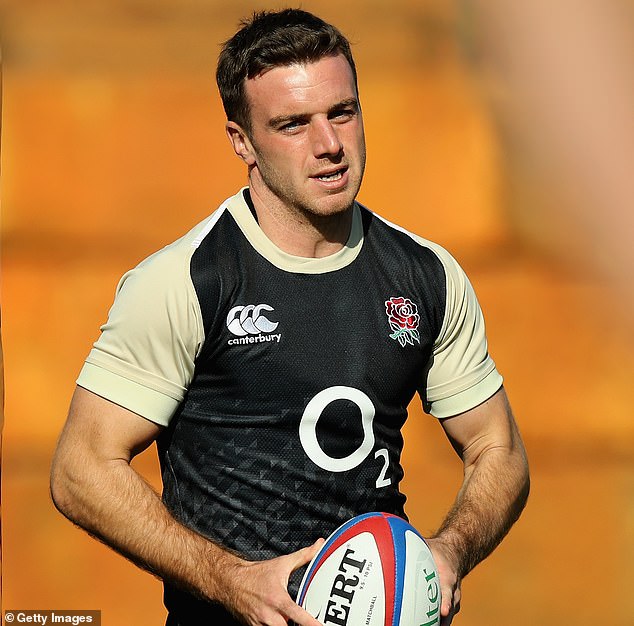 ‘But that is the beauty of sport, on the day it is anyone’s for the taking. You just need to stand up and take it.

‘New Zealand aren’t unbeaten, but does one defeat mean anyone can beat them? No ‘They have a consistency, a strength in depth and a level of execution that can’t be matched.

‘You simply can’t make a mistake if you want to beat them, or they will punish you.

‘To win the world cup you’ve got to beat New Zealand, if you can stand toe to toe with them and prove you can match them that will be a great stepping stone into World Cup year.’

On Ireland’s win in 2016, Heaslip believes it was all down to through preparation, with the squad having overcome a particularly bad training session in the build-up.

He said: ‘Don’t make a mistake. Put the work in beforehand and trust the process. You will play as you prepare. 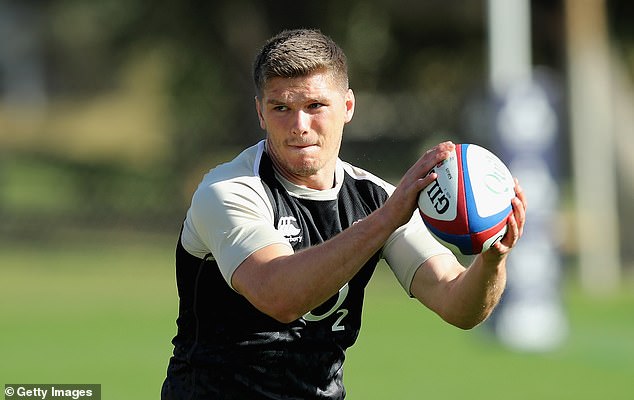 ‘I think we probably had one of our worst-ever training sessions on the Tuesday just after we landed from Ireland.

‘But the Thursday was crisp and the Friday was crisp, and it felt like everyone was in a good place.

‘Even when Johnny Sexton went off, Joey Carbery came on for his debut and he knew exactly what we wanted to do and he executed it perfectly.

‘We used the game before to prepare for the New Zealand game, so by that point everything was split-second, it was automated.

‘Not just the match day team – the whole 30-man squad was prepared and this autumn both England and Ireland have got to prepare the best they can.’ ENDS

Kyle Sinckler’s Lions rollercoaster ride will be making of him, says Eddie Jones