Kyle Sinckler will return to action on Sunday for the first time since England’s fateful autumn campaign.

The prop has been sidelined with a groin injury since the defeat by South Africa at Twickenham in November.

Bristol coach Pat Lam revealed Sinckler has recovered in time to feature in the Premiership fixture against London Irish. 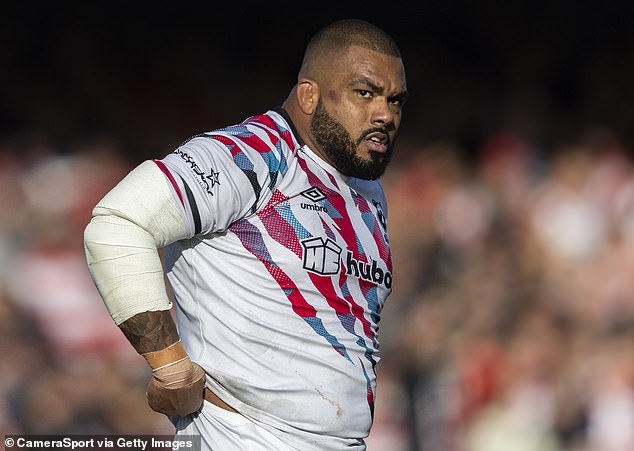 It will be the 29-year-old’s first chance to impress new England coach Steve Borthwick, who replaced Eddie Jones shortly after the loss to the Springboks.

‘Kyle should be available this weekend,’ said Lam. ‘He hasn’t played since the autumn and rugby players don’t like being out for a long time. Injuries are character building and they allow excitement to come back into their game so we should see a lot of enthusiasm.’

Lam has already spoken to Borthwick and is expecting to welcome the national coach to the club in the coming days.

The Bristol boss also delivered a positive update on scrum-half Harry Randall, who has not played for more than three months.

‘He was on the training field yesterday and just has to tick off a few markers on the medical and strength and conditioning side, and he will be good to go next week,’ said Lam. ‘He has been out for 12 or 13 weeks, so you can imagine what he is like.’

With the Six Nations just a month away, Wales coach Warren Gatland has received a boost over George North’s fitness. North suffered a facial fracture last month but is set to make a swift return from surgery, possibly tomorrow for the Ospreys against Leinster.