There were some who questioned whether I’d make the step up, says Ireland centre Robbie Henshaw

Robbie Henshaw feels he has proved the doubters wrong as he prepares to start for Ireland against Argentina on Saturday night.

The Leinster centre was anointed successor to Brian O’Driscoll after the Ireland legend’s retirement following the country’s Six Nations success in 2014.

Ireland head coach Joe Schmidt thrust Henshaw into a new-look midfield alongside Jared Payne for an autumn series clash with South Africa the following November, and then paired him with Gordon D’Arcy for the visit of the Wallabies a fortnight later. 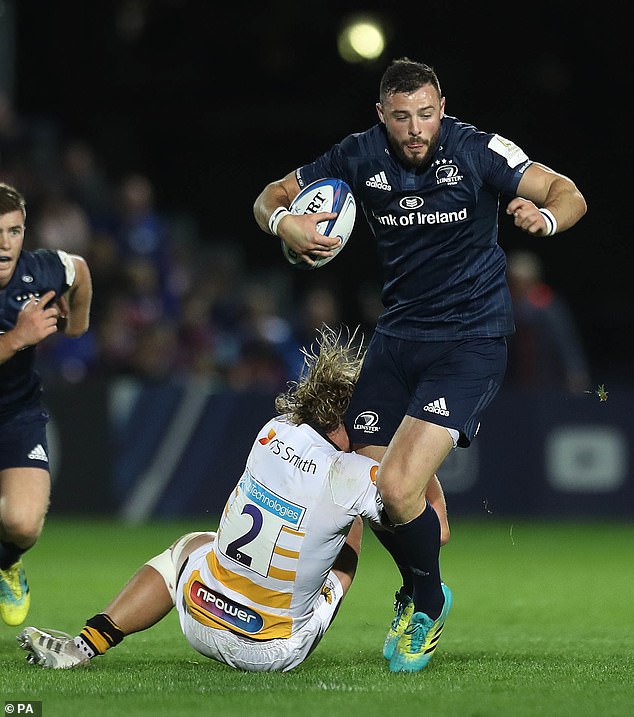 Since then, Henshaw has become an integral part of Schmidt’s all-conquering Ireland but admits that the pressure to fill O’Driscoll’s shoes drove him on during those early years.

‘I remember people questioning whether I’d make the step up,’ he said.

‘I was in with Gordon D’Arcy against Australia and then with Jared Payne the week before that against South Africa. A lot of people were wondering how we’d deal with the new combinations. 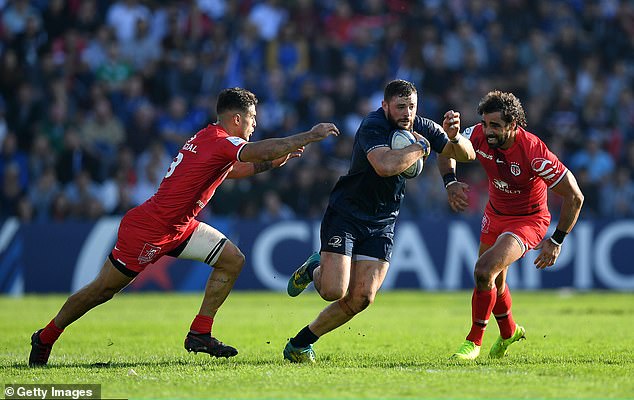 ‘I think Jared was unbelievable in terms of bringing that calm and experience. That really helped.’

D’Arcy and Payne have since retired with Garry Ringrose and Bundee Aki bursting onto the scene in recent seasons. The trio of Henshaw, Ringrose and Aki have been locked in a fascinating battle for the two midfield slots over the past 12 months.

Henshaw dislocated his shoulder in the act of scoring a try against the Azzurri in Dublin in February. And bar Chris Farrell’s cameo in the No 13 shirt against Wales, Ringrose and Aki took advantage of his absence to become the mainstays at centre during the Grand Slam campaign.

The 25-year-old battled back to make the plane to Australia last summer as Schmidt’s men clinched a 2-1 series victory on Australian soil.

Henshaw and Aki rekindled the partnership that spearheaded the 2016 Guinness Pro12 win with Connacht for the opening Test in Brisbane. Ringrose stepped in for the New Zealand-born powerhouse the week after in Melbourne.

The Aki-Henshaw axis was reinstated for the series decider in Sydney as Ireland sealed a 20-16 win and, with that, the series.

Having moved to Leinster from Connacht in 2016, Henshaw has had plenty of game-time alongside Ringrose.

‘I’ve obviously played 13 and Bundee inside me at 12. They’re pretty similar in terms of voice and they bring a lot of energy. Garry in attack is quality and in defence he’s always looking to make good reads.

‘Same with Bundee, he’s looking to bring physicality and in attack he’s looking to create good go-forward ball. So, they’re really good to work with and we look to try and find space off each other.

‘They’re really good players and we’ll look to keep building in the next few weeks.’ Henshaw did not travel to Chicago (the scene of his try-scoring heroics against the All Blacks at Soldier Field in 2016) last week. Instead he remained at Carton House along with a host of frontliners, including Johnny Sexton, Rory Best and Peter O’Mahony.

That group has been busily preparing for the Pumas. Henshaw has done his homework on Saturday’s opponents.

‘They’ve got loads of threats across the park,’ he added. ‘(Bautista) Delguy on the outside, along with (Matias) Moroni and (Emiliano) Boffelli have really shown in the Rugby Championship. I think (Nicolas) Sanchez at 10 is a really tricky player and a really experienced player. They play well when he plays well.

‘We looked at their games in the Rugby Championship, the amount of defenders they’ve beaten and the amount of line breaks they’ve made. I suppose, the amount of tries they’ve made out of nothing. You wouldn’t have thought that they’d score a try out of a ball spilled on the floor, but they’ve gone the length of the pitch.

‘We need to be really solid in our defence. Even the last time we played them, they nearly scored a try from under their own posts when they went through the phases and went up the pitch, and nearly scored with a kick through.